With the announcement this week of the 2016 Tour of Britain stages, it got me thinking about riding the Clitheroe stage in 2015.

It was a beautiful, but cold start to the day as we left the car park at the train station. I was full of trepidation as the guys I was riding with were very quick, and even quicker up the hills.

Nick O’Pendle was the first climb after a short warm-up, luckily it was over fairly quickly and led on to a great descent down the side of the hill. I spent most of the climb enjoying the iconic Tour of Britain logo made out of haylage wrapping on the face of the hill. 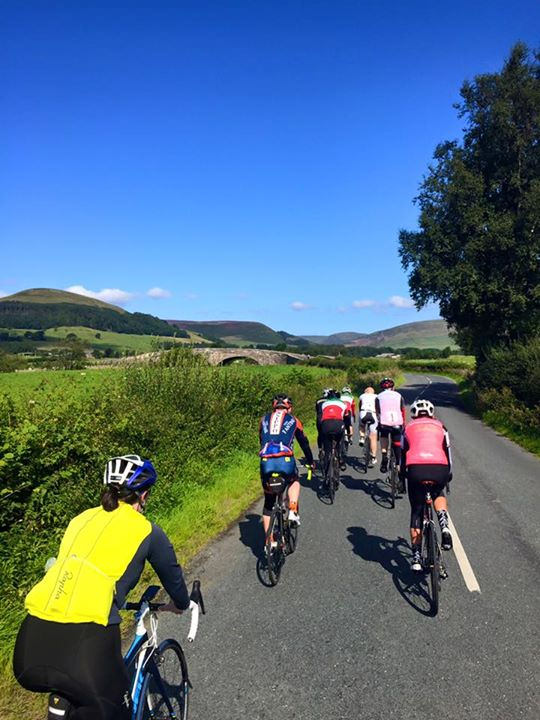 Safe to say, I spent most of my time out the back of the group, chasing to get back on, only to be dropped as soon as the road turned skyward. Now, I would love to give some amazing excuses for getting dropped so frequently; but the long and short is, I’m just not a quick climber, it’s something I’m working really hard to improve on, but it’s an uphill struggle (sorry!).

There were a few times when I wanted to have a bit of an upset or a moan, but sadly, it doesn’t really help, I really wish it did though! It’s been a lesson that’s taken a while to sink in for me; when you get frustrated – that you’re not quick enough, getting dropped etc. –  for me the first thing that goes is my breathing, then you blow up and have to stop/slow down, it’s a self fulfilling prophecy of negativity. Now I try and tell myself to just focus on the exhalations, focus of the breathing, rather than the negativities that are at the front of your mind when you’re struggling. 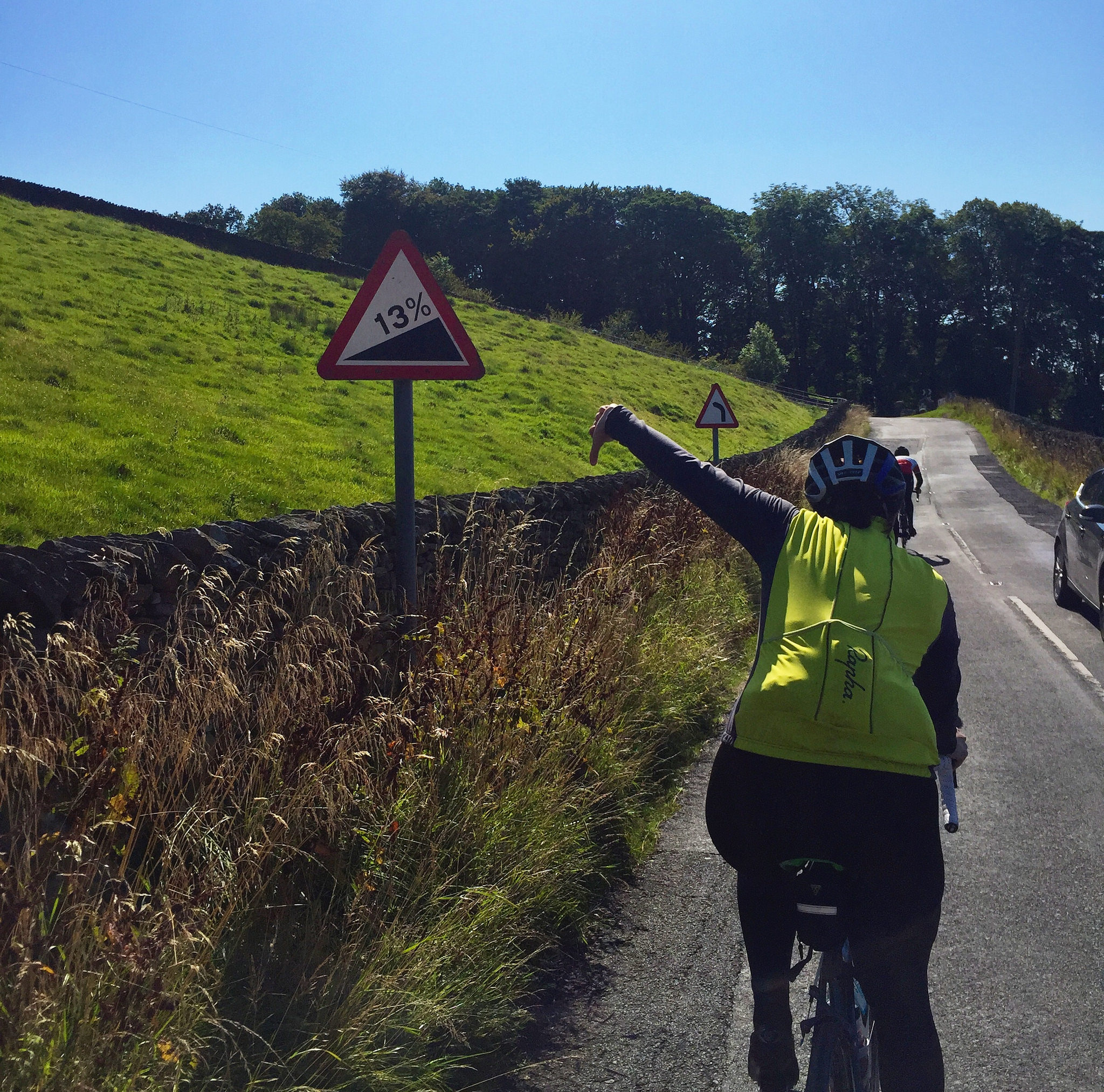 After a pleasant lunch stop in Slaidburn, it was onwards and upwards, something I wasn’t happy about. The second part of the day saw some tough steep climbs, which the area is renowned for, it really challenged me mentally to keep going and then to catch-up with the rest of the bunch.

It was an excellent, but tough day – just what riding your bike should be! It was good to be pushed to ride faster throughout a ride, and shows you what’s possible.

I really enjoyed watching the pro’s doing the same climbs, but a lot faster! It really hit home how fast they go up the steep stuff!

Thanks to @toyboxstudio for the lovely pictures