Mallorca 312 – a tough day in the saddle

Mallorca 312 – a tough day in the saddle

After nearly 6 months of training, the Mallorca 312 finally arrived!

The trip had an interesting start, as we were delayed flying out of Manchester due to snow, I was really looking forward to some of that lovely Mallorcan sunshine…little did I know! On our first day we ticked off a lovely 100km leg spin, just what I needed to find my rhythm and settle the nerves. However, the next few days the wind and rain didn’t let up and we started to worry that the big day might be hampered by the weather.

Our fears were realised on the morning of the event, as we stepped out of the apartment and the rain started, it didn’t let up until halfway through the day. With the start at 7am, we were up and fed in the dark, as we made our way to the start-line it was clear we should have got there a bit earlier as there was no separation of  people attempting the 167, 232 or 312 route. So we set off from the back! Lesson learnt, if the start isn’t seeded then get out of bed earlier!!

Not to worry though, as I made good time on the first climb up to Luc Monastery, making myself some space with more than 4,500 other people on the road. I remembered what Glenn at Etixx had advised me, and made sure I started eating early in the day, a mini ham and cheese croissant to celebrate the first big climb. The time passed quickly and soon I was descending the Piug Major in the clouds; with the rain pouring and visibility poor  it was a tough descent, but I really enjoyed it, making up some more time.

It was onwards, and upwards towards Valdemossa and Andrax. From the turn at Soller I was in uncharted territory, having never cycled the Western part of Mallorca before. It was certainly beautiful, and I definitely would like to go back and cycle there more, but sadly on the day, I didn’t pay enough attention to the scenery! This section of the event was MUCH tougher than I had thought it would be and with a series of 5km climbs to tick off, I wasn’t a happy chap at this stage. After a brief stop at the feed zone, we carried on, looking out for the turn at Andrax which would take us back towards the East of the island, but not before a few more climbs! My climbing pace did take a knock at this point, not helped by my bike deciding it didn’t really want to change gear! I gave myself a talking to, and made myself climb properly again, lifting my pace (slightly!).

All the advice I had been given in the run up to the Mallorca 312 was “get in a group”, so after the last climb, I descended as fast as I could and after a bit of chasing managed to get on the back of quite a large group, brilliant! I had time to eat and drink and generally get myself together for the next leg. It’s at this point that the route made a substantial change from previous years and instead of heading around the island to complete the loop, the route now headed directly back to Alcudia, before heading out and back to Arta to complete the 312. So after 20km of so of flying down fast main roads, and reaching speeds I never thought possible, we turned and headed for the lanes, which I would normally love! However, each time the road headed to a junction, or encountered a small rise, it blew the group apart and left everyone fighting for themselves, I quickly found myself in no-man’s land. But luckily my second wind kicked in at this point and I put everything I had into flying down the country lanes, I’ve never gone so fast!! I was feeling good, reeling a few small groups in, and then passing them as I got ever closer to Alcudia.

The route became open to other vehicles again as I approached the end, and lost a fair bit of time, weaving through cars, but all the winter months commuting in and out of Manchester paid off at least. I was feeling brilliant, my average speed was up and I was ready for that last 80km to Arta and back; however, it wasn’t to be, as I’d missed the cut-off by just a few minutes. A small feeling of disappointment crept in, but was easily put aside by what I had achieved already, 232km and 5,500m of climbing, what a fantastic day out!

And then the cherry on the cake… my husband and parents were waiting on the finish line! What a surprise! I don’t know how I held myself together!!! What a wonderful way to finish. 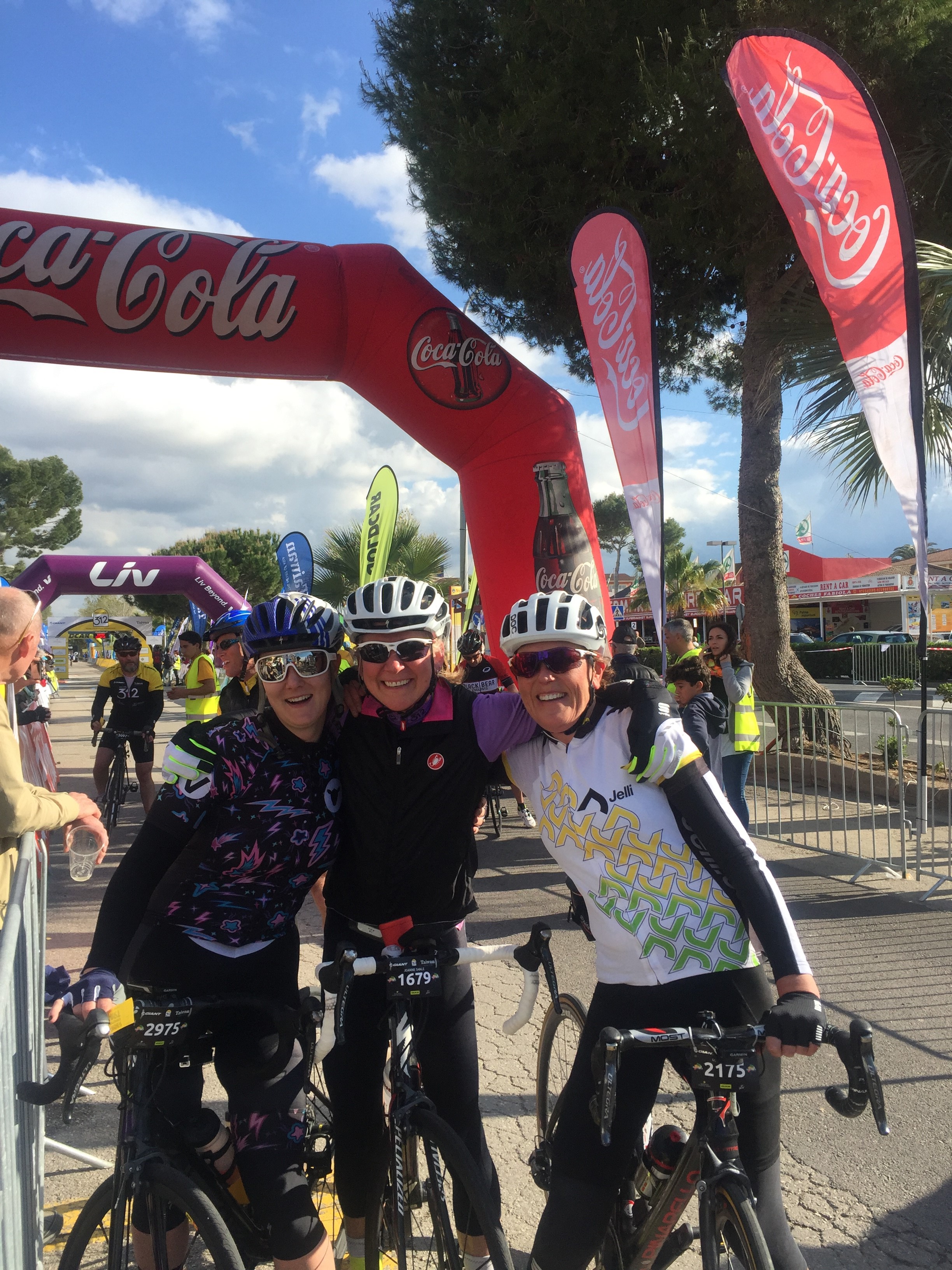 Although the day did’t quite go to plan, I still had an amazing time and got a fantastic result to boot. And for my first European event, I’ve learnt loads.