Alongside cyclocross to get me through the winter, I’d entered Strade Bianche, an unofficial classic race. It had weighed on my mind once Christmas was done, all my usual worries – steepness, distance, basically everything. My New Year’s resolution was to have more confidence in myself, but like most resolutions this hadn’t worked out, so I was back to worrying myself stupid!

In the last few weeks before my training included some longer rides with ALL the steep hills nearby, and there’s a lot to pick from round here. Including a steep cobbled climb with Geraint Thomas used to train for Paris Roubaix. So I felt as prepared as I could be, but it didn’t stop me worrying anyway. 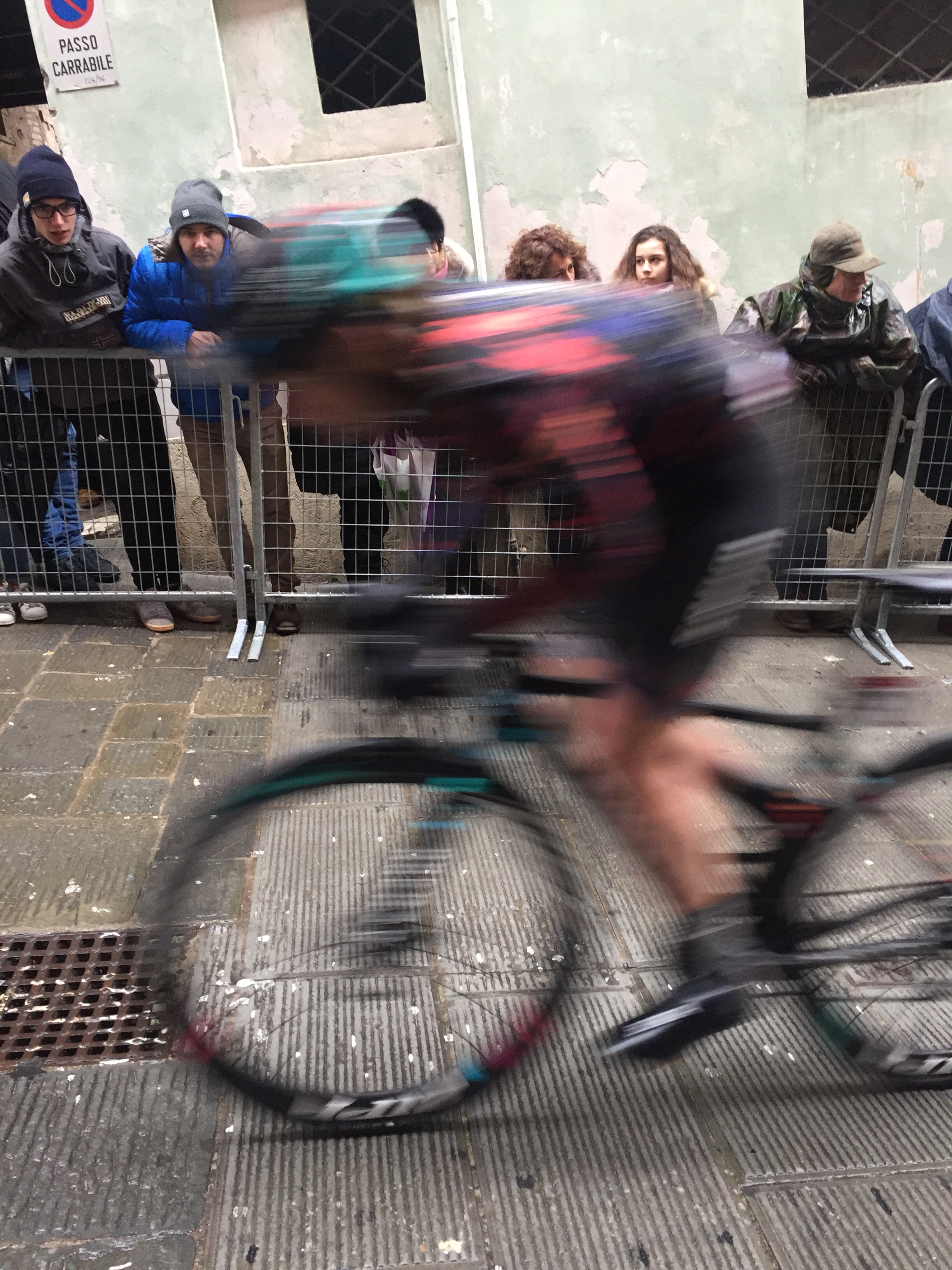 On the Saturday we watched the women and men set off in the pouring, relentless rain, after drying out ourselves and enjoying some of Siena’s amazing cafes we went to the last steep (18%) climb back into the town and guarded our spot with pointed elbows for the rest of the afternoon. The amazing pro women soon were on their way with the incredible Anna van der Breggen coming into the Piazza del Campo alone. So inspirational! As the rest of the women came in, it became clear what a difficult race they’d had and the conditions were nothing short of epic. The men were no different, and the nerves were getting worse! 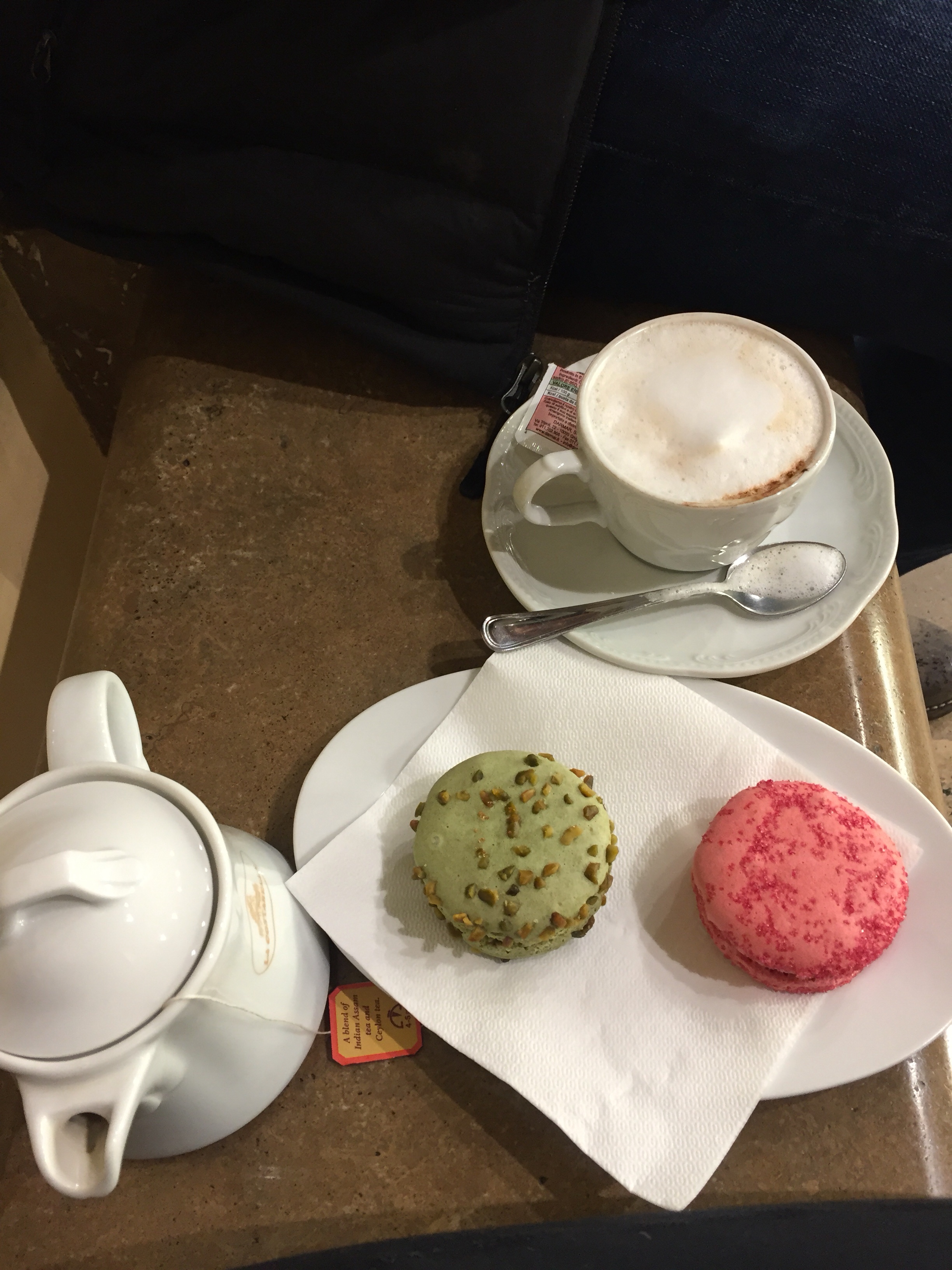 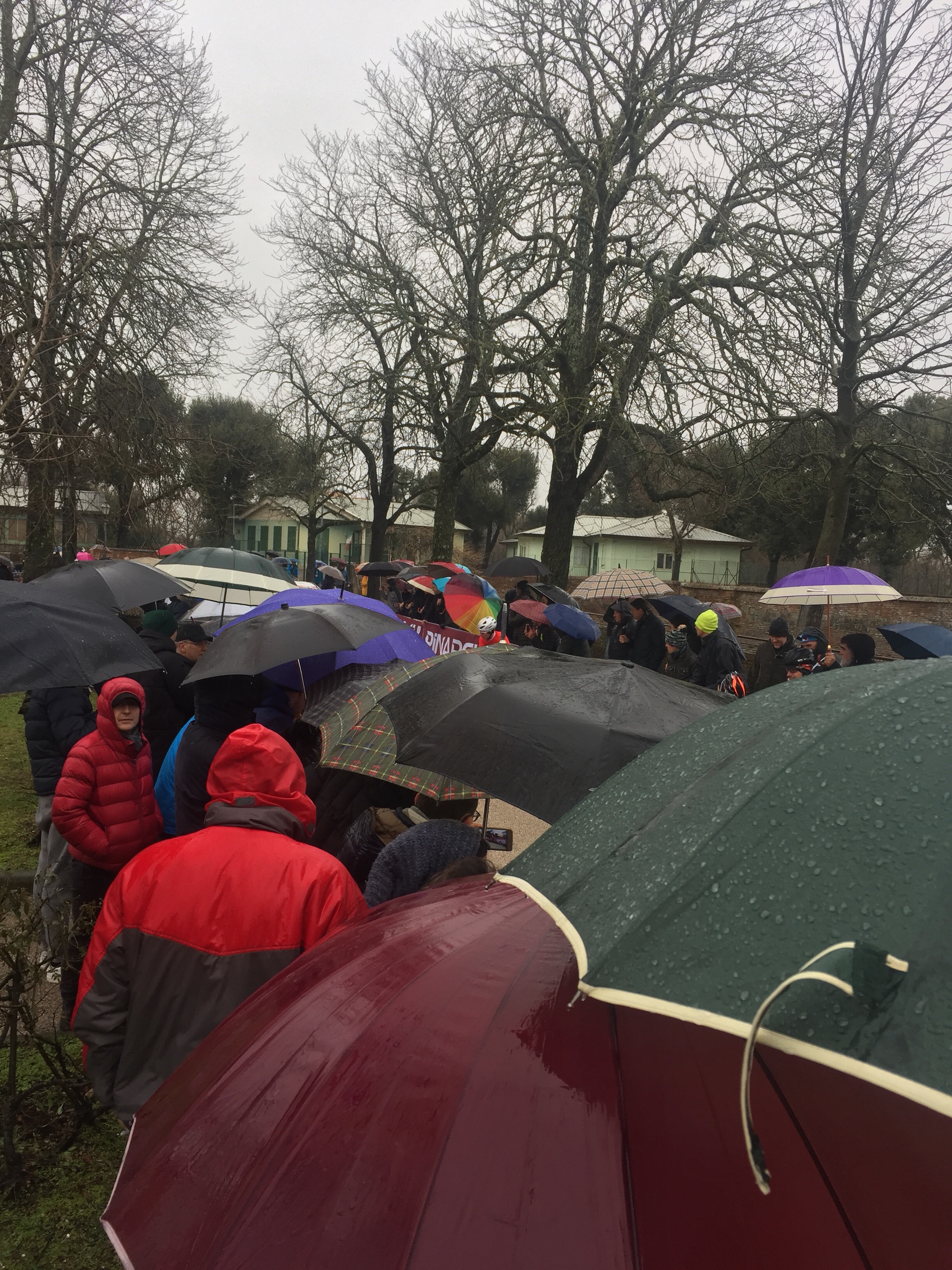 After a bit of a sleepless night, Sunday came around and luckily so had the weather, no rain and the winter sun trying to burst through. Sadly my start number put me fairly well down the grid, but after 10mins after the starting bunch we were off! The start was mainly a fast downhill run, once everyone had settled down some fast groups formed and soon enough the first sector was upon us. The speed dropped rapidly and people got nervous, but finally for me all those months of cyclocross paid off, and I hit the sector hard and found I loved it!! 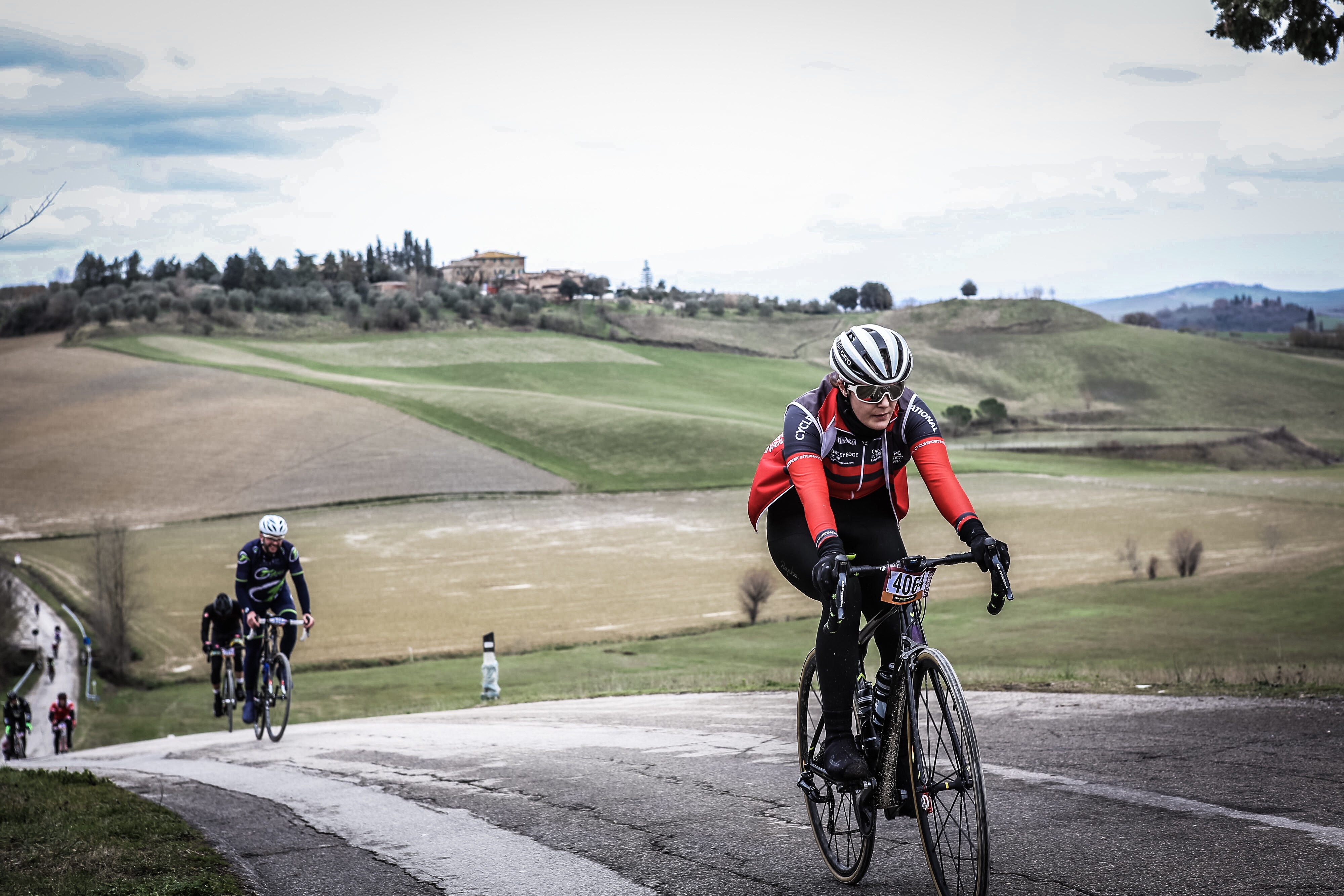 The race settled down into a similar pattern, large groups on the road which I was happy to sit in, during one stretch I realised I’d ridden a group of 20 right off my wheel – I was feeling strong! But I’d learned not to try and make gains on flat roads, but I really came into my own on the Tuscan White Roads, even the steep gravel sectors I smashed! My style of sitting and pedalling quietly was perfect for the loose gravel and I made large gains on each sector. And of course my faithful Trek Silque – Alan – didn’t let me down, he was in his element smashing along the Strade Bianche. 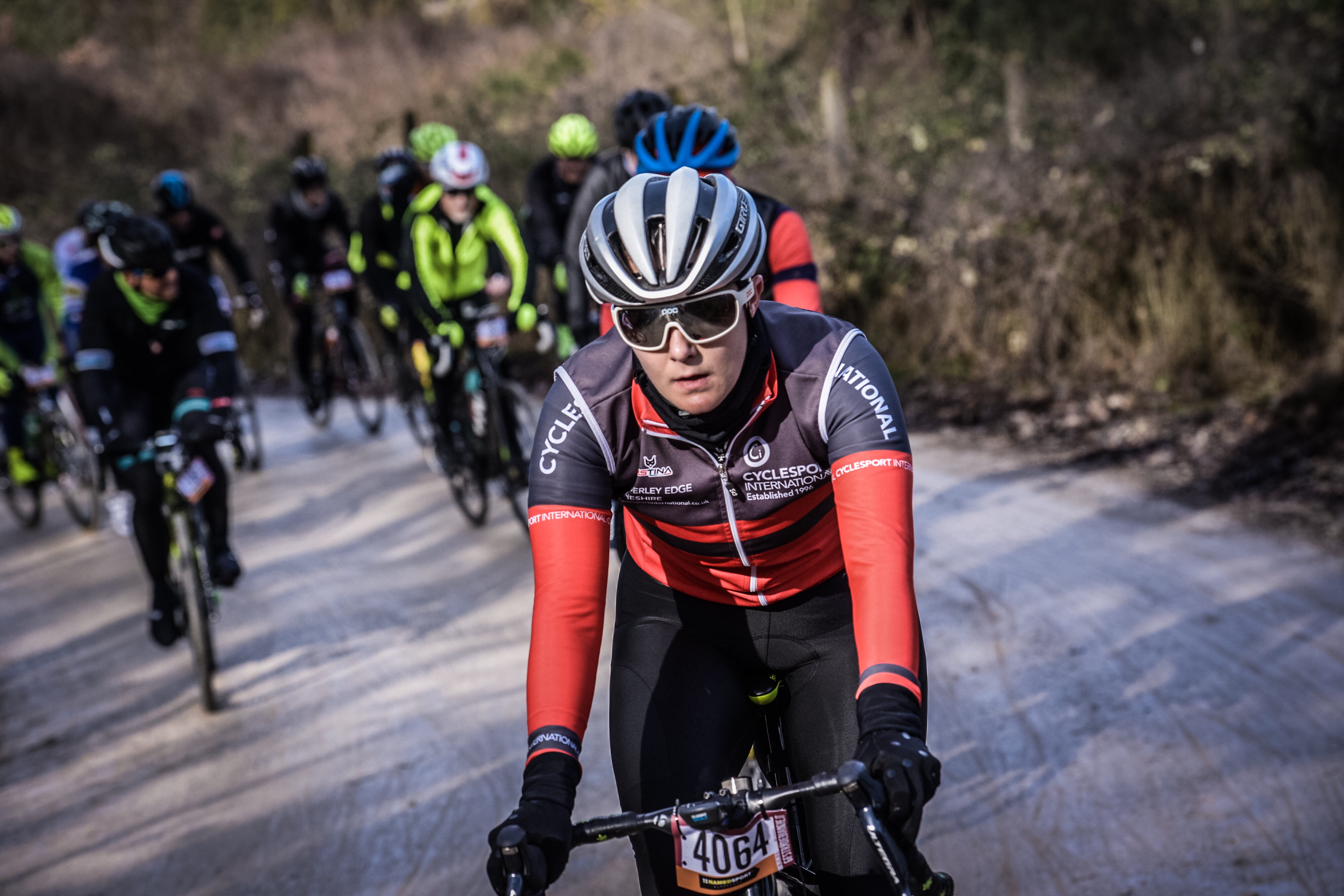 I really felt everything came together in this race, I ate and drank solidly throughout, something that hasn’t always happened and used to make the last hour really challenging. But although I was ready to be off the bike towards the end, I was still making strong gains. My mum always texts and says ‘good luck and remember to look around and enjoy the view’ – I’d never managed this before but this time I was so in control of my effort level this time I did and wow what a view, even in the flat light. I can only imagine how beautiful it is during the summer. 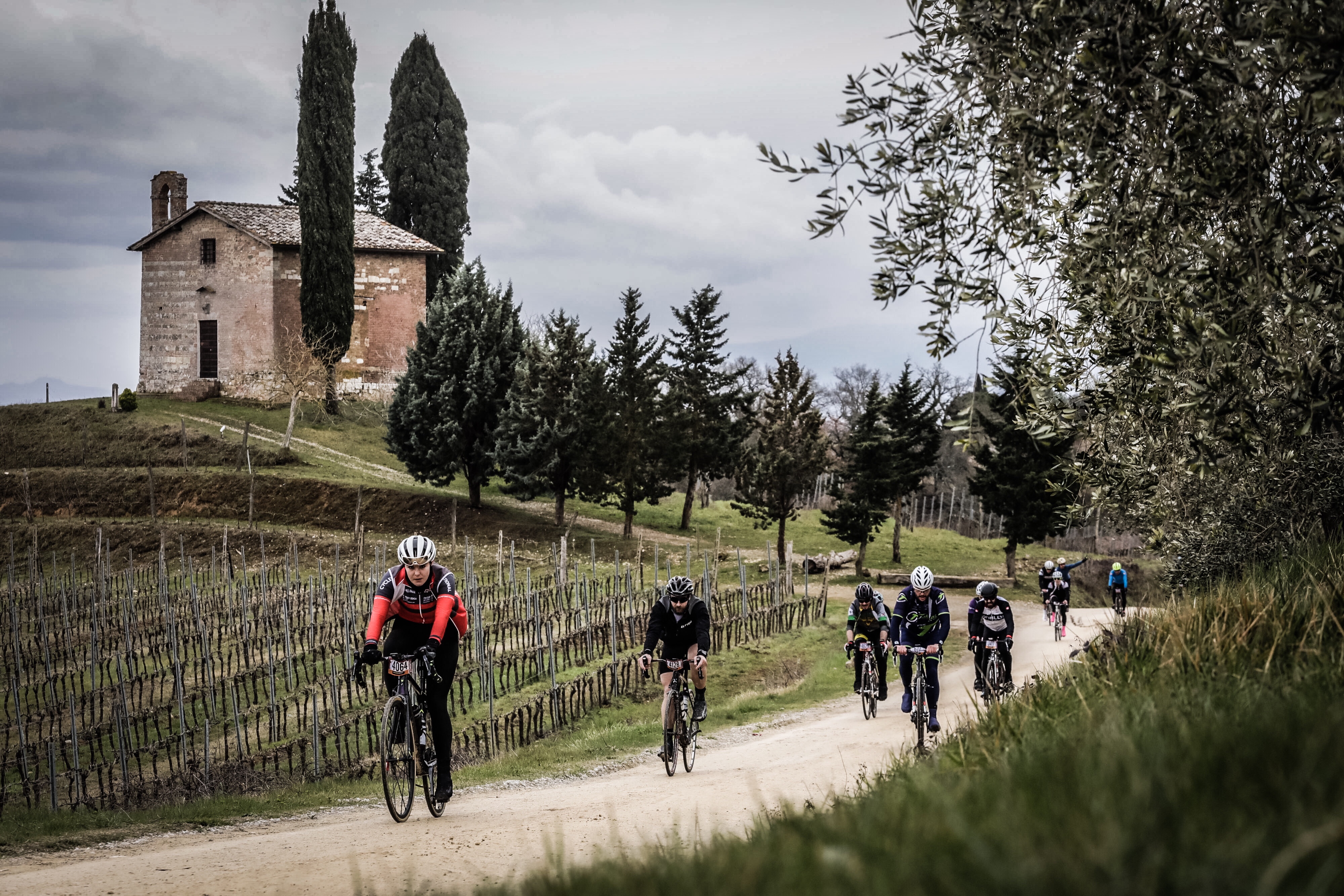 As Siena itself drew closer my nerves focused on the steep final climb into the Piazza. Would I make it up? Would my legs hold out or would I give in? But I made it, with cheers on the side of the road of ‘Brava Brava’ and soon the Piazza was swinging into view and 5hrs 30 on my Wahoo. 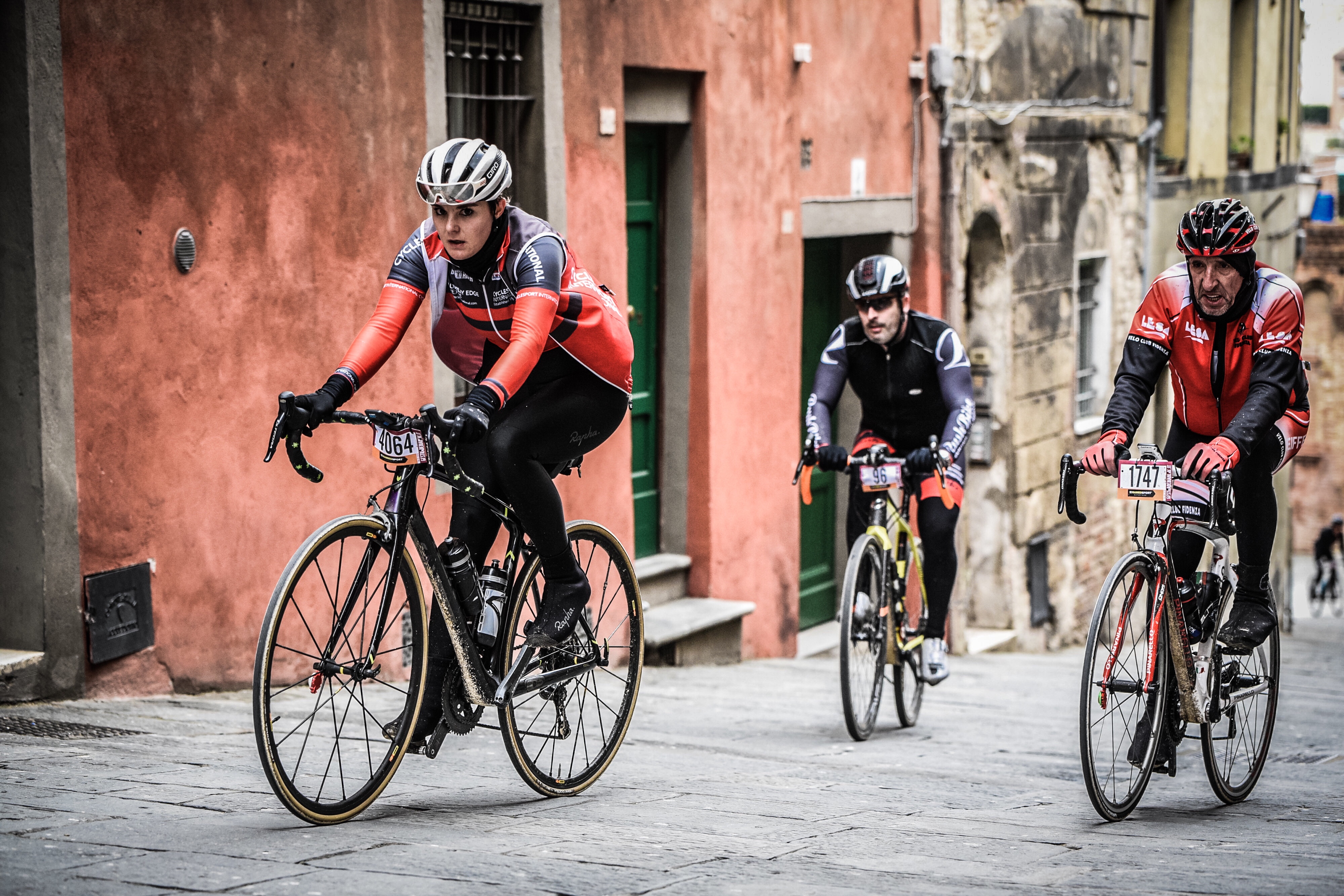 When I got home and looked at the results I realised I’d just missed a Top 20 finish, what a shame I wasn’t nearer the front and needed a water top up, but these  things can’t be changed. 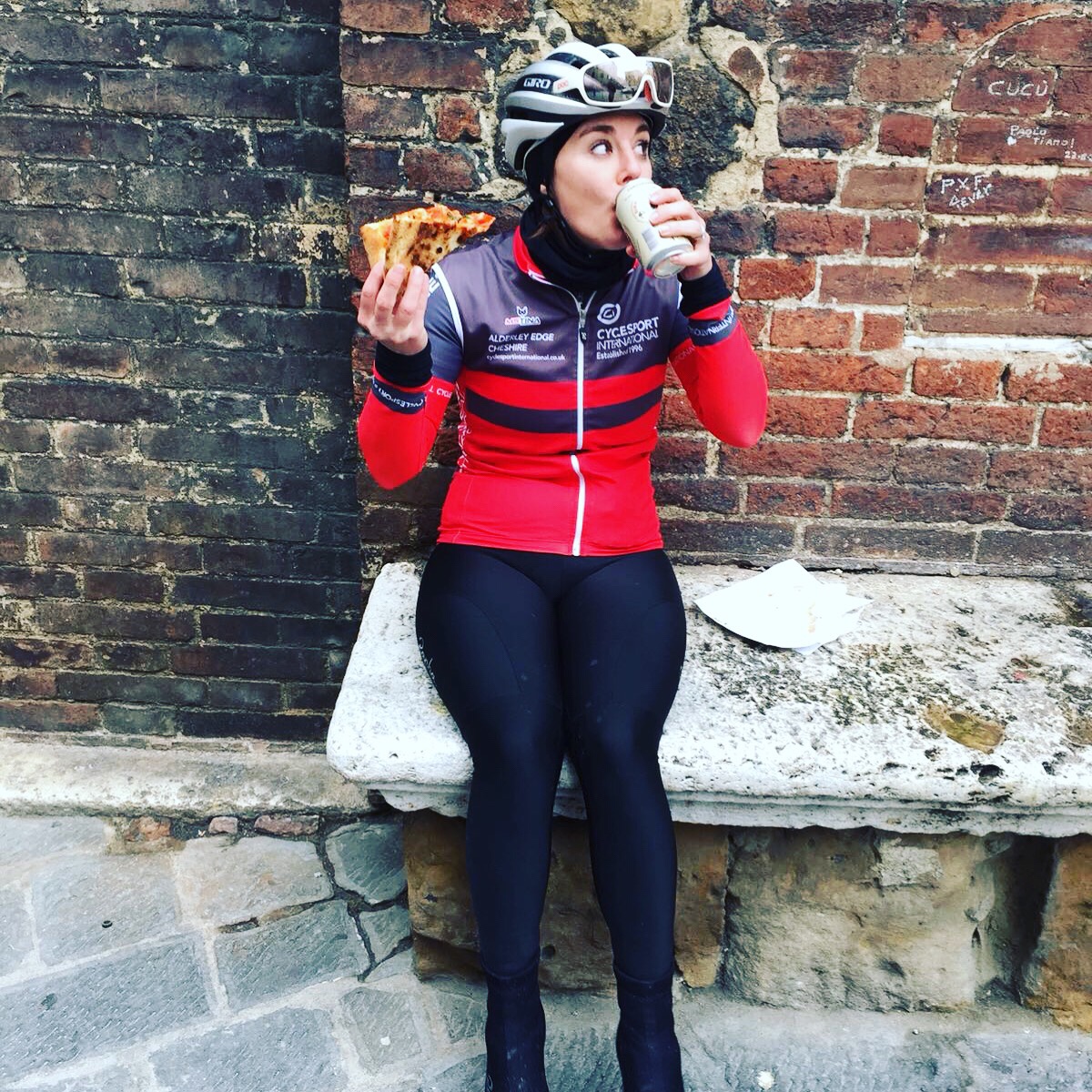 My one big takeway from this race has been CONFIDENCE! I need to believe in myself more, I’m far more capable than I let myself believe. So back to that New Year’s Resolution – to have more confidence. If it were a weight or fitness goal there would be processes in place to achieve it (cut out the wine etc.), but I hadn’t set any processes for this goal, so that’s what I’ll be working on going forward and hopefully will be able to take this into the TT season.