Every year, as a cycling family, we head to Lanzarote. The first year, I had no idea what to expect, but it’s downright amazing. The roads are long and winding, with scenery unlike anywhere else I’ve visited, they’re also super quiet and car drivers give you plenty of space – what more could you want?!

It’s also allowed me to judge my improvement and weight loss year-on-year. The first year, everything was difficult and I got tired easily – my cycle jersey’s were also well filled! But over the past years the climbs have got easier, the distance I can manage has improved and I’ve gone from Extra Large to Small cycle jerseys!

In 2015 I’d had a month off the bike before I arrived, 2015 was a big year for me on the bike and felt the need for a break, Lanzarote was a great way to get into the 2016 season early with some good miles logged at the end of November.

As a place to cycle Lanzarote is unique, the scenery is so different, you can spend hours just staring as you pedal through the Martian landscape, it’s fascinating and unlike anywhere else on earth. The island holds so many surprises for those willing to battle the wind; colourful Manrique mobiles on roundabouts, the wild sea smashing into the rocks and the dramatic volcanoes.

But most specifically; the road through Timanfaya National Park is simply breath-taking, the road cuts through the lava flow and you can see first-hand how violent the eruptions were, distracting you from the ever present wind as you climb up through the park. 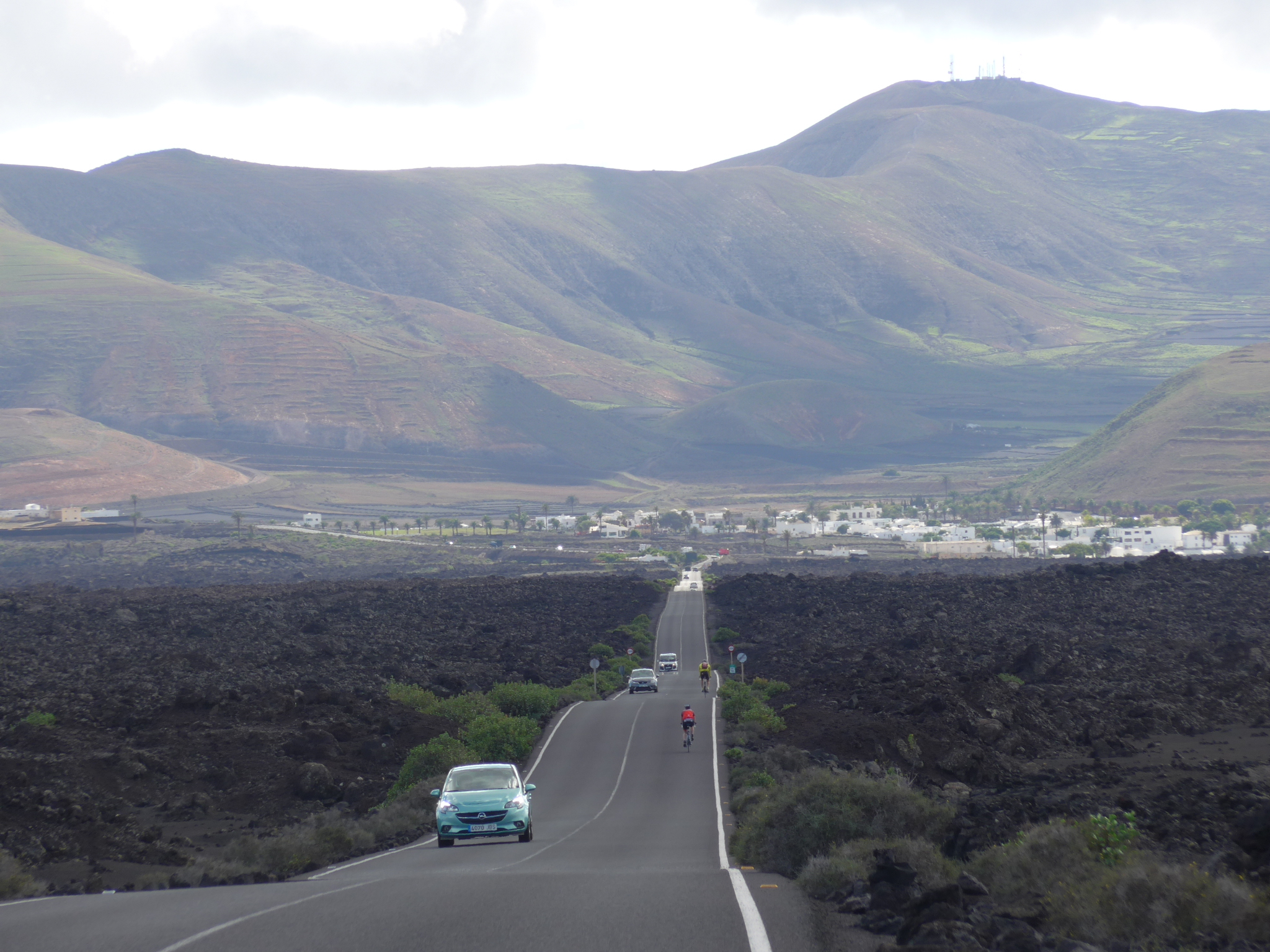 Lanzarote is where I finally understood the joys of climbing hills, the steady grind is so different from much of the short, sharp, steep climbing in the UK, which favours strong cyclists. Suddenly in Lanzarote I could tap rhythmically away on the pedals and achieve more than I ever thought possible. I took this attitude to climbing back to the UK with me and the past years I’ve been working on improving my hill climbing continually.  Now I love hilly cycles, my motto is to look up when you are suffering on a climb, as you are usually somewhere spectacular!