Etape Du Dales – What a difference a year makes!

Etape Du Dales – What a difference a year makes!

You may have heard some stories about the Etape du Dales in 2015, and thought that the teller was exaggerating about wind, I can tell you, they weren’t! Tan Hill nearly broke me as a cyclist and the descent from the top of Fleet Moss to Hawes was down right terrifying. 50mph headwinds battered the Yorkshire Dales and the cyclists trying to complete this tough event. The attrition rate was high, but I completed it! I also said I wouldn’t be doing the event again…

After a couple of weeks recovery after Mallorca, and generally feeling a bit flat and down in the dumps, the EdD was just what I needed to get going, another challenge!! My goal this year was not a faster time, although yes, that would be nice; my mission was to stay on my bike for ALL the hills, especially the Coal Road, which I’ve got previous with. I’ve had such a battle with steep English hills, give me a long alpine climb any day of the week! A lot of it is a mental block and I panic and get off before I’ve really tried to get up. But this year I’ve made an effort to commit and stay on the bike, I’ve got a list of hills which have defeated me in the past, but I’m ticking off one at a time and unsurprisingly a vast majority are included in the EdD route.

After watching the weather all week and declaring that I wasn’t getting out of bed if the tree in my garden was even rustling in a gentle breeze, the weather turned out to be stellar, if a little cool. So the alarm was set for 5am. In a bit of a change from the norm, I was cycling with my Dad, and yes it’s very cool to be able to do events like this together. So we wrapped up and set off, wondering how people were keeping warm in just shorts and jersey!

The run from the start to the first climb of the day, Fleet Moss, is a great warm-up with nothing too scary or hard, just a gradual climb. That is, until you reach Fleet Moss itself! I had forgotten about those two steep corners, but I stayed on. One down, lots more to go!

Next up, Buttertubs, the last kick to the cattle grid has caught me out numerous times, but I put the negative thoughts to the back of my mind and hung on to my handlebars, and yes, that’s me at the top of the page, smiling at the top of Buttertubs, vastly different to the face I was pulling last year! Still got a bit of work to do for my ‘on bike smile’, its still closer to a grimace!

Onwards towards Tan Hill, just a small matter of Turf Moor, which everyone seems to forget, it’s steep, it’s narrow, it goes on longer than you’d like, and there’s a perfectly pleasant road round the side!!! But I did it, I stayed on, another one bites the dust.

Tan Hill is a beautiful, remote climb and this year it was a pleasure to ride. I also loved listening to the war stories from last year going on all around me: “we’re doing 10mph, I was doing 3mph last year” is possibly one of my favourites! It added a great level of camaraderie. Tan Hill pub itself, and the all important feed station appears out of nowhere, and a voice beside me said “half way now lass”. We’d made the halfway point in excellent time! After a brew and the famous EdD fruit cake (seriously, worth it for the tea and cake alone). It was time for the dreaded Coal Road. 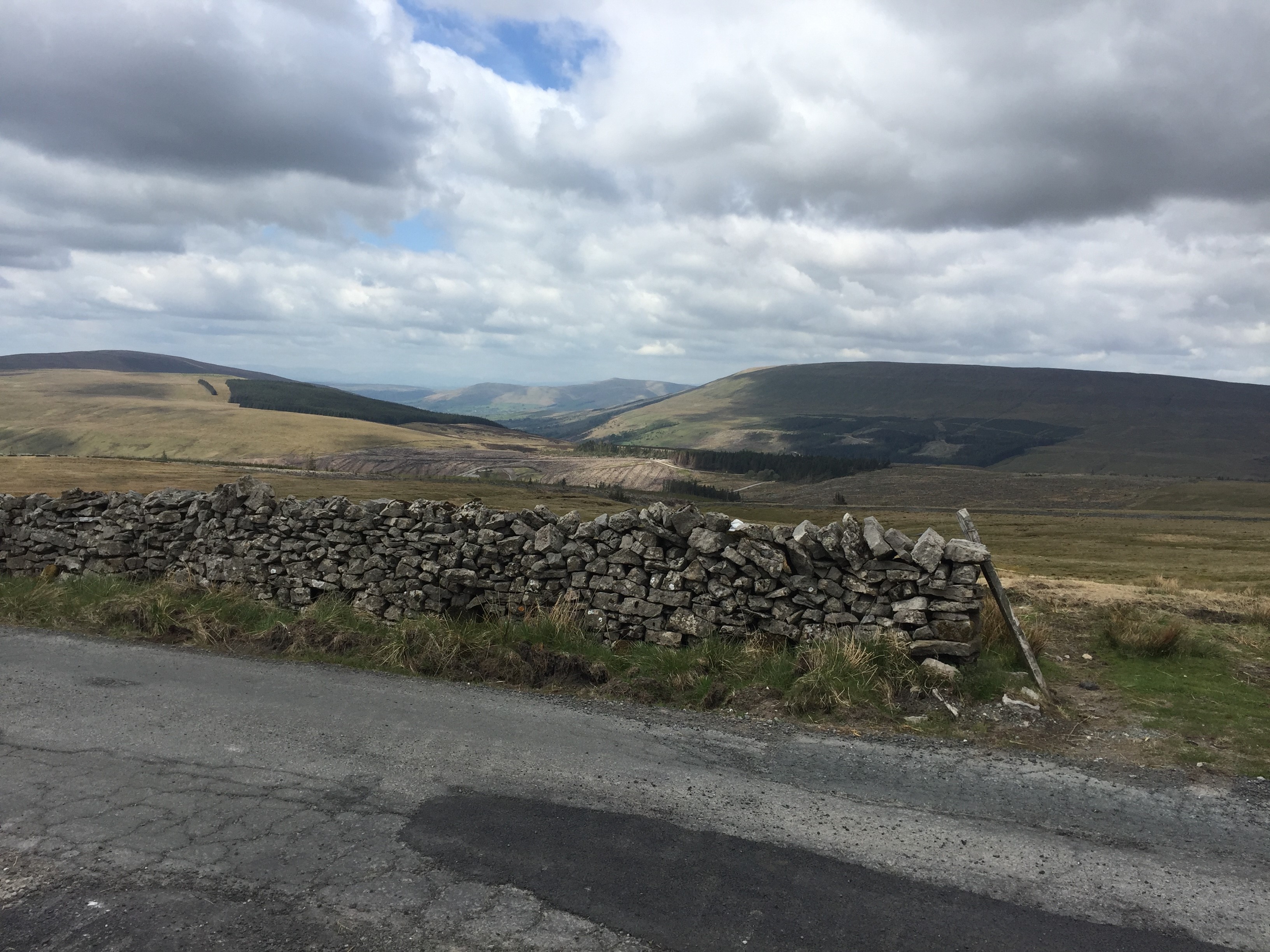 I was really nervous about it, this would be my third attempt at scaling the Coal Road. I can’t lie, the first bit to the left hand turn looks awful and I nearly gave up there and then, but I knew if I could hang on for the first bit, it would be ok. And I did! I rode the whole thing! What a relief, really felt like I was on the homeward straight now. Certainly put that particular demon to bed now! I didn’t relax too much as I knew there were a few more tests before the fast run for Threshfield and the finish line, namely the climb to get back to the Hawes Road, which hurts on a good day, let alone with more than 80miles already in the legs. But I stayed on again! Yes!

Just Goat Lane to conquer, which I felt alright about as it was one I had got up the previous year without (much) concern. After a final stop for tea and cake, it was up Goat Lane and Pen-y-Ghent then downhill all the way home! 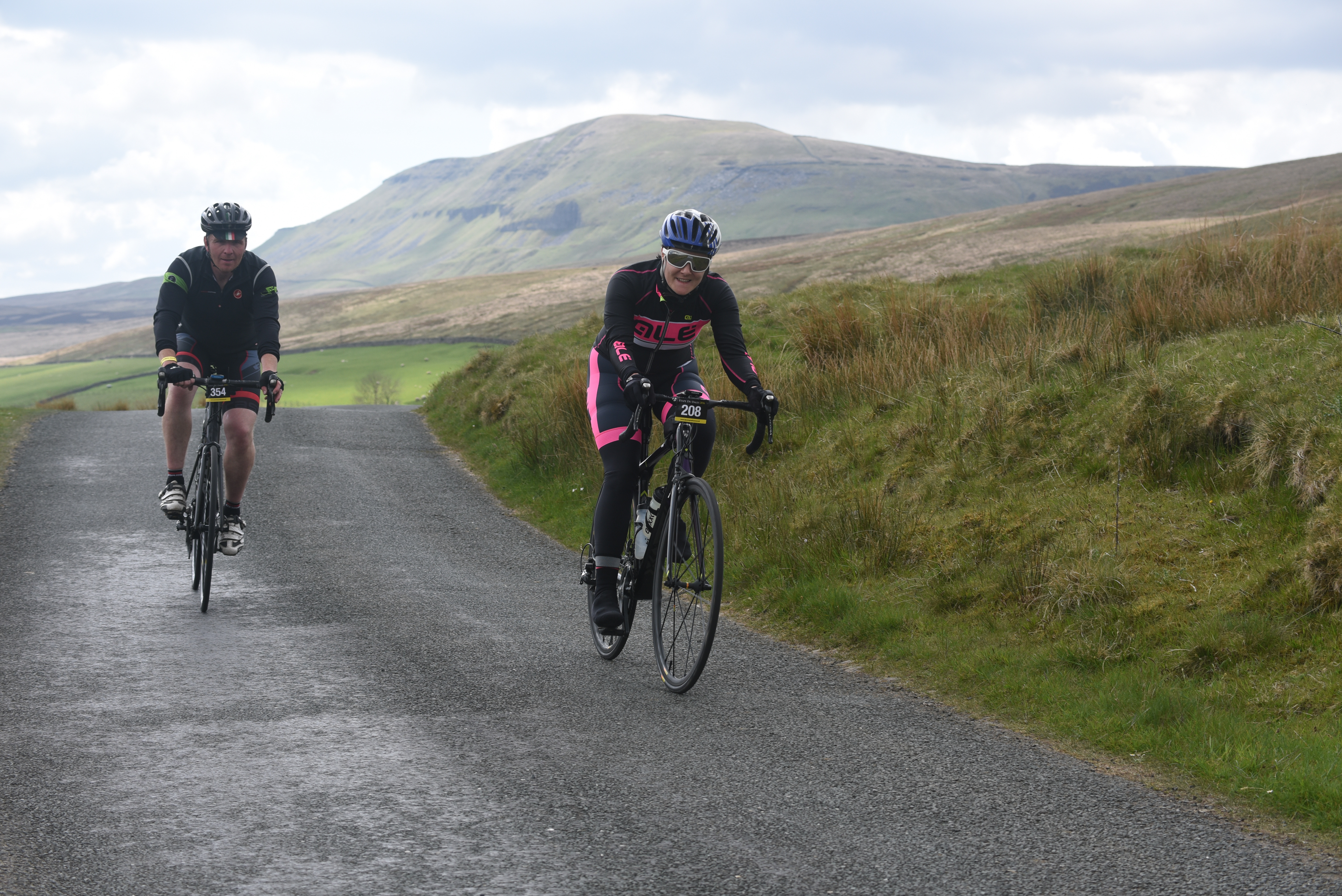 It really was one of my best days on a bike, to be able to conquer hills that had caused me such trouble in the past was an amazing feeling and to do it my Dad was even better, we managed to stay together all the way round, and crossed the finish line together.

It’s such a difficult event, but I would really recommend it. The organisers are brilliant, and the volunteers at the feed stations go out of their way to help you, plus the money goes to help young cyclists – what more could you ask?!

As for my list of steep hills that have caused me trouble… Winnats Pass I’m coming for you!!