It’s taken a while to get my thoughts together of the past few months, so much has changed in my life and in some respects RideLondon got lost along the way. But it was a catalyst for some changes in the events I plan on entering in 2017.

Anyway, rewind to the beginning of the 2016, a long time ago, I know! After my application was successful to be part of team CyclingPlus for 2016, the cogs were set in motion. Bike fits, nutrition help from the amazing guys at Etixx, training plans from Rowe&King Coaching and of course the bike from Cannondale all to help me complete RideLondon in the best possible time.

Now this year has been jam packed with hilly events, and specific training for RideLondon wasn’t really a priority for me. After the Maratona, I was mentally and physically exhausted, and I didn’t really want to look at a bike, let alone get ready to ride a bike at speed through London and the Home Counties. But thankfully with a few weeks to go I found my mojo again and was flying!

So finally, to London. After a reasonably early start, I set off to the start and the first issue of the day occurred, my contact lenses fell out! Not a great start on roads I don’t know, I blindly followed two guys to the start and we picked up more people along the way! The start was pretty relaxed, I wish I’d packed more clothes for all the standing around there was to do, but knew it would warm up once the sun was up.

And then we were off! Flying through central London, I couldn’t believe the average I was setting, I was motoring! Through the underpasses, over flyovers, Richmond park came and went and I was feeling strong. Leith Hill was stressful as I picked my way past people, if the ascent was stressful the descent was one of the worst I’ve ever encountered and can now see why there are always so many crashes, including one that happened right in front of me. I skirted around the crash and continued towards Box Hill, which for me was an absolute revelation, I had no idea it was going to be so enjoyable and beautiful climb, this was certainly one of my highlights of the ride. I found I had to be vocal as some people tended to be slightly oblivious as to what was going on around them. 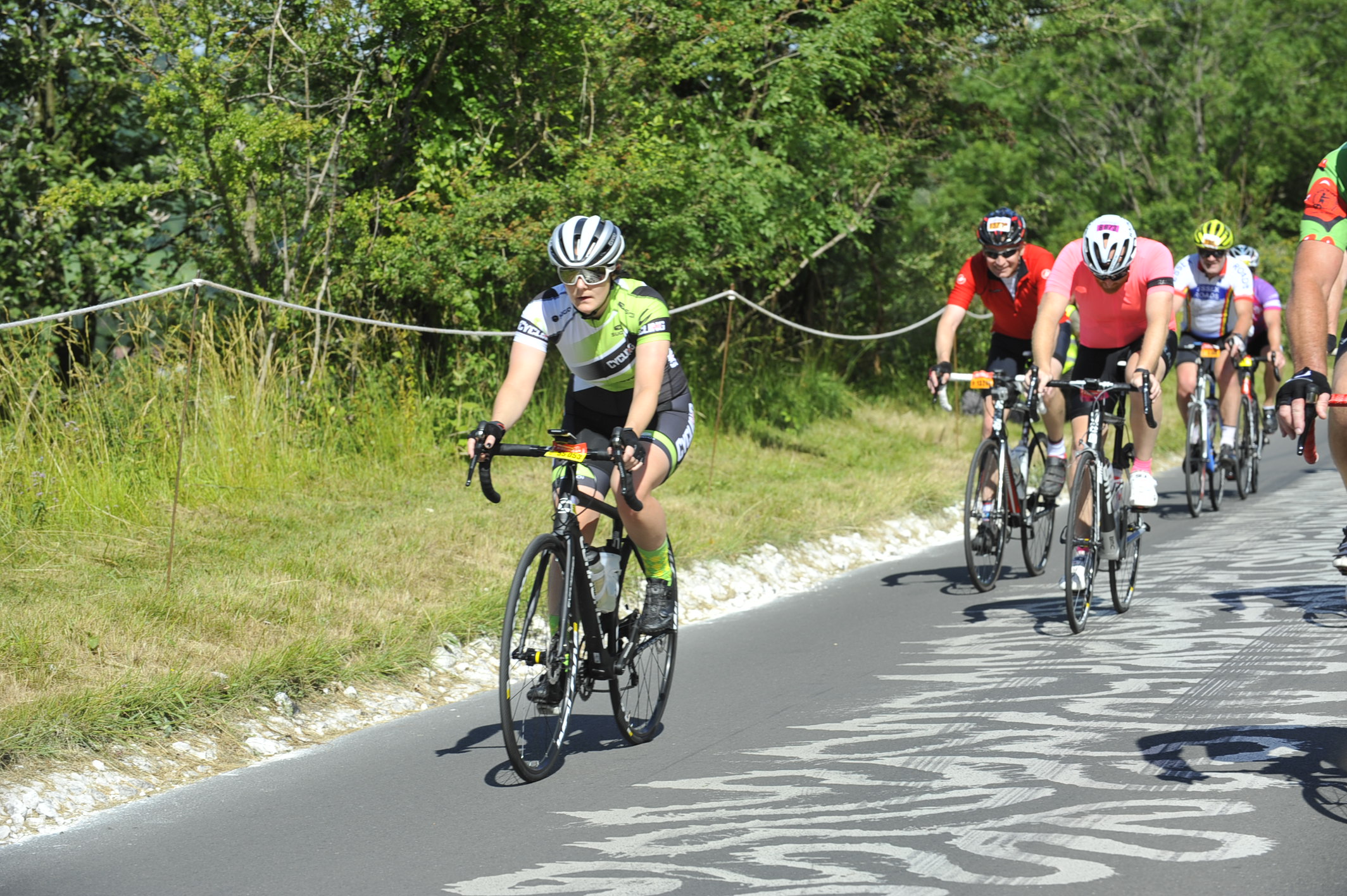 I was going so well, after the hilly section I was desperate to find a group to ride together with, but I ended up doing most of the work with big guys riding my wheel, so it was down to me again!! I always have a knack of finding my own space, even on big events like RideLondon, sometimes for the best, but not always! Mentally I found this section the most stressful, the level of riding wasn’t that high and other riders were a bit unpredictable, the run in to London was just a matter of keeping the pedals turning and getting that average speed back up after a slower section. 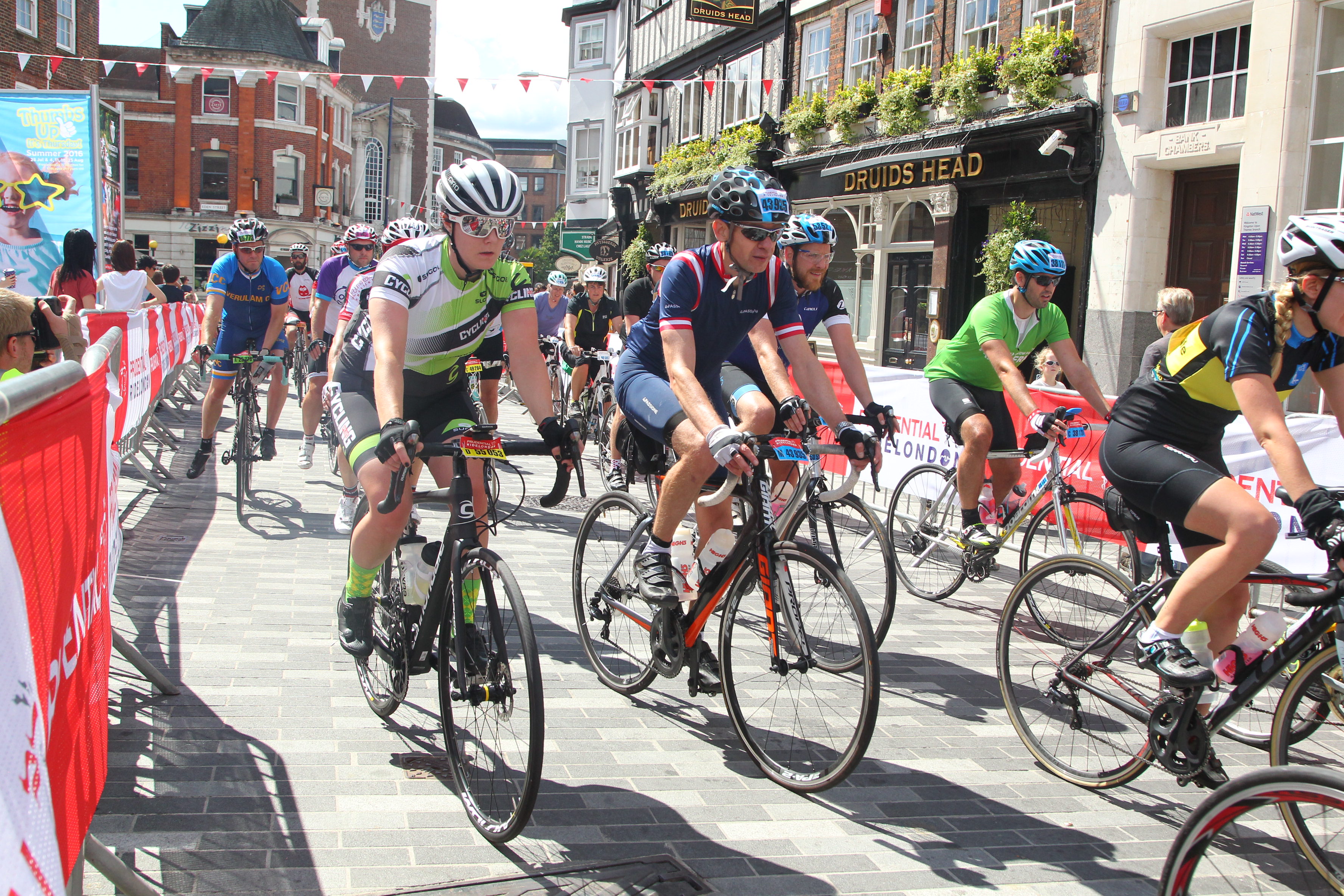 Then there it was, the Mall, and after a near miss where the rider in front cut me up around a corner it was all over! I even managed to hear my husband who shouted “Go Rach!” he had nearly missed me I was so ahead of schedule. 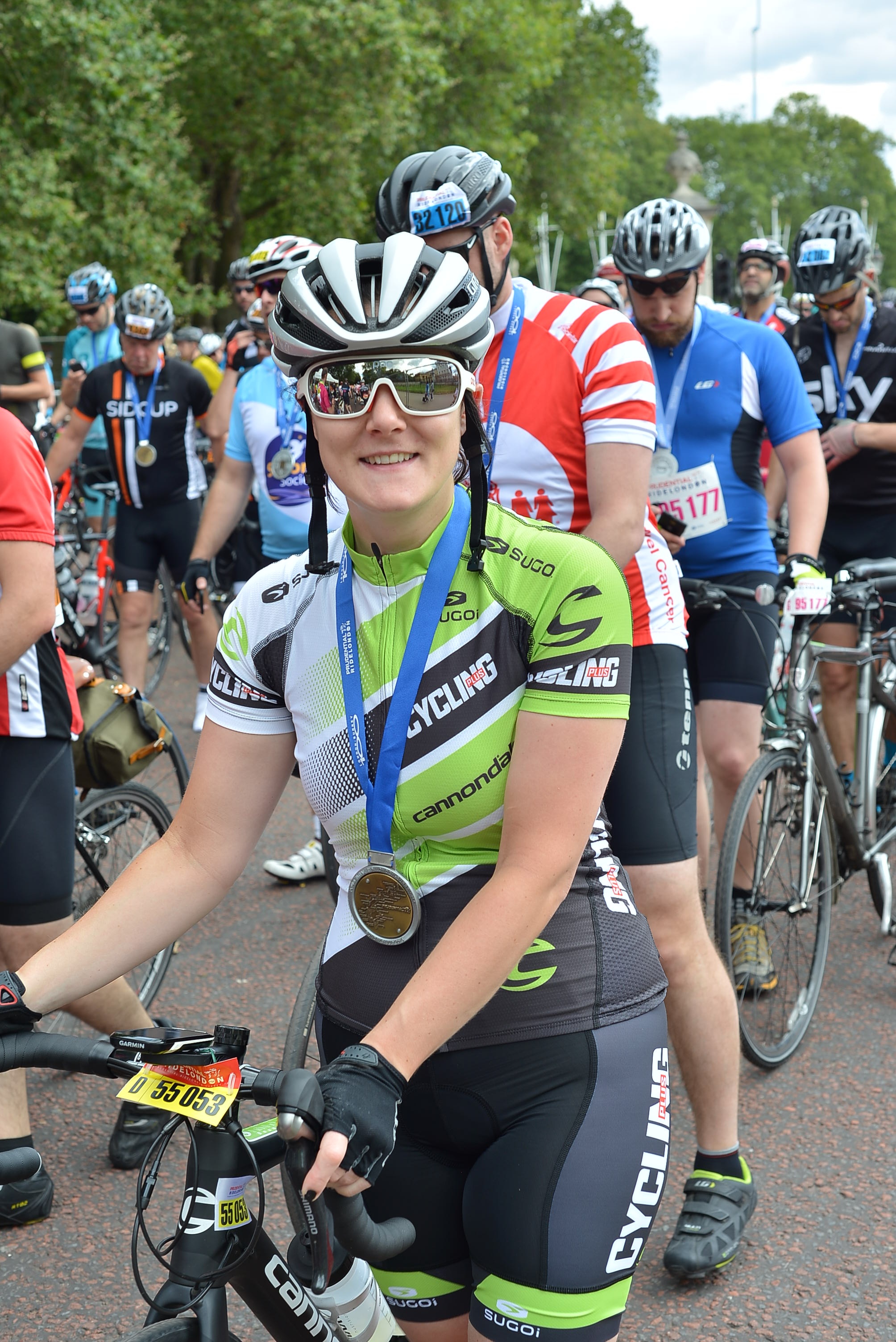 I was so made up with my time, I think I could have gone faster if I’d managed to be in a faster group earlier on, and I would like to go back to go under 5 hours. But that aside it really made me realise that I was faster than I thought, with a bit of work, I think I could have gone faster too. So I thought for 2017 I would set myself the goal of trying to qualify for the UCI Gran Fondo Championships at the Tour of Cambridgeshire!!