Girona – pro spotting in the city

Girona – pro spotting in the city

Somewhere I’ve wanted to visit for a while now has been Girona in Spain, north of Barcelona. It’s home to more than 180 pro cyclists and has an interesting mix of climbs, quiet lanes and a quirky city centre. 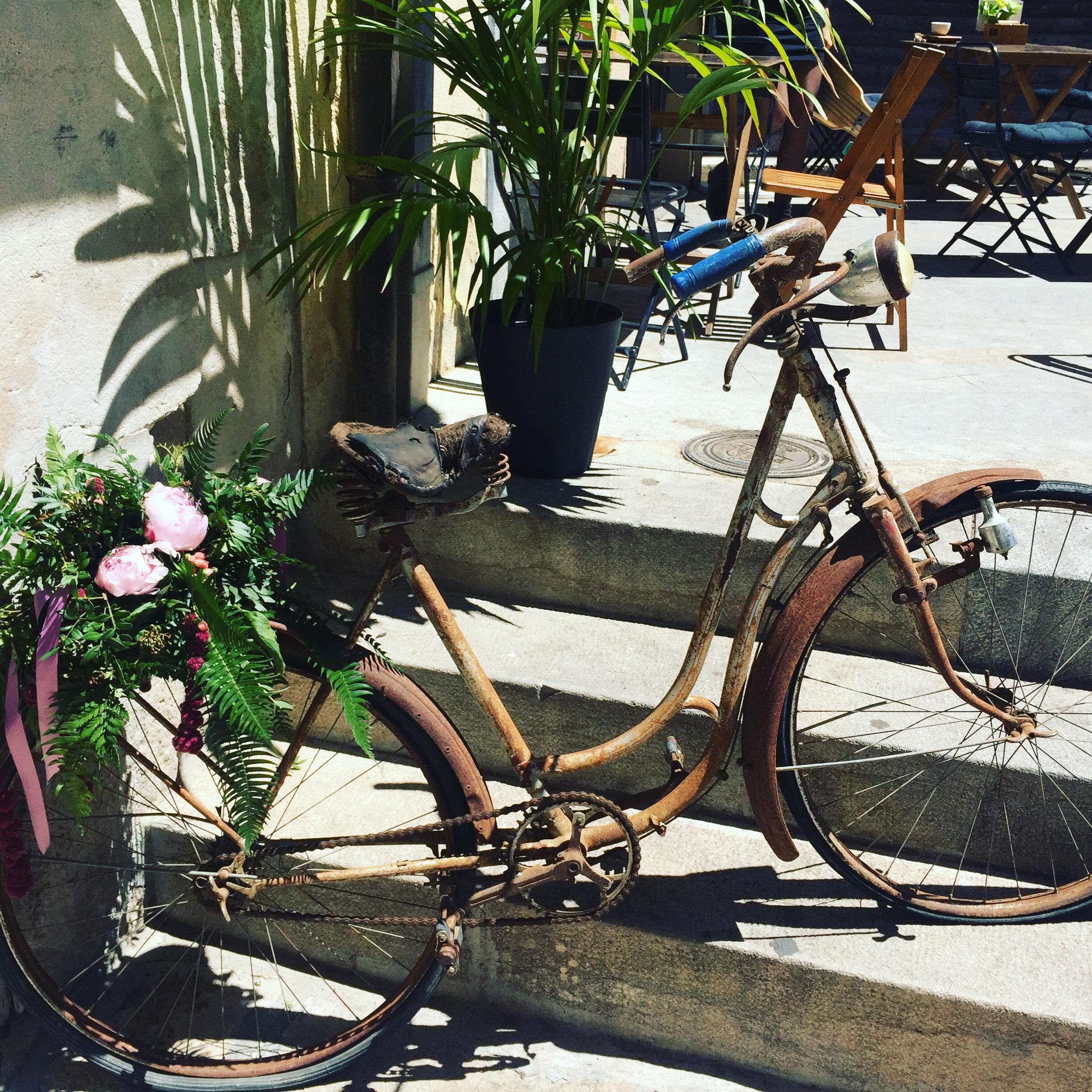 After a somewhat stressful start to the holiday, in which my husband misplaced his passport in the airport, missed the flight and then found said passport and got an afternoon flight out! Once the bikes were built we headed out, with the massive help from Dan Craven’s strava routes! Such a good resource of information and he searches out all the little back roads in the area, we wouldn’t have had such a good experience without his routes. The first time getting out of the city was a bit hit and miss, but once we understood the lay of the land we were away. The Spanish drivers give you so much room, even in the city centre, plus the roads are massive which meant that it wasn’t really too stressful getting in and out every day, well apart the steep hill to get to the apartment! 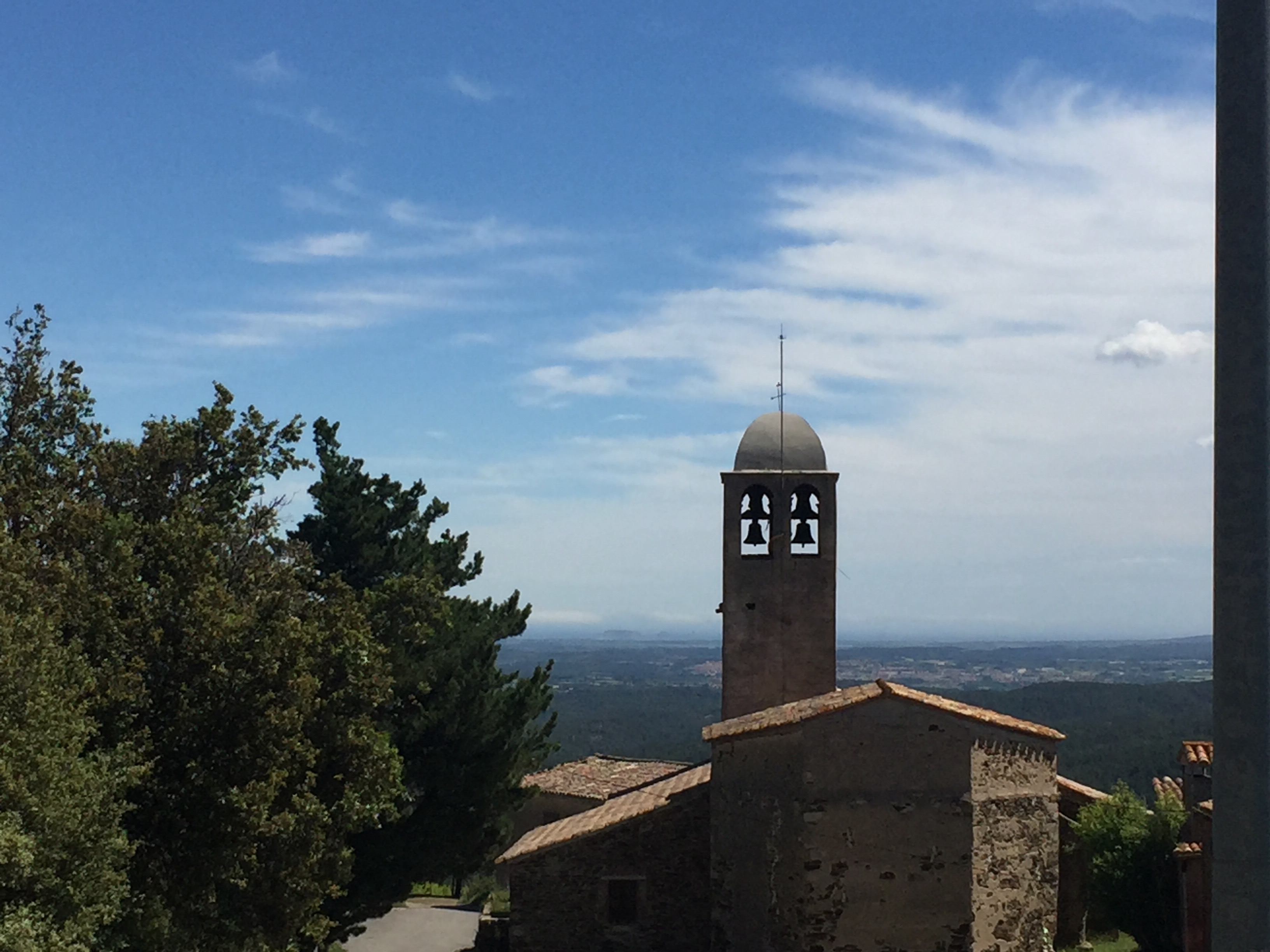 It only took a bit of cycling to be out of the city centre and into the most amazing countryside, beautiful fields with poppies framed views of the Pyrenees ahead. 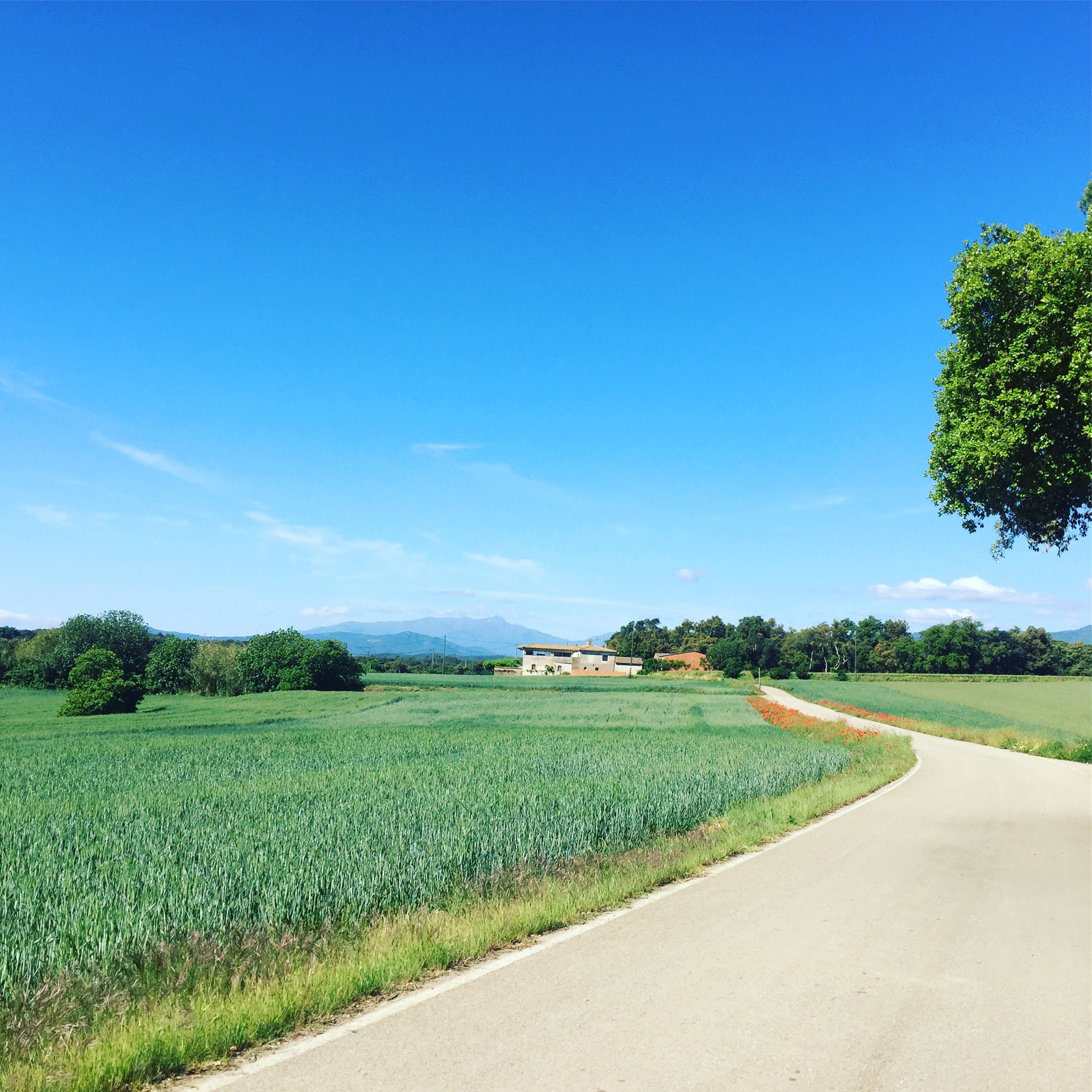 Simply stunning. There are some brilliant climbs in the area, perfect for training on, and for me, working on increasing my speed mid climb. Every day was a new adventure to fantastic views. 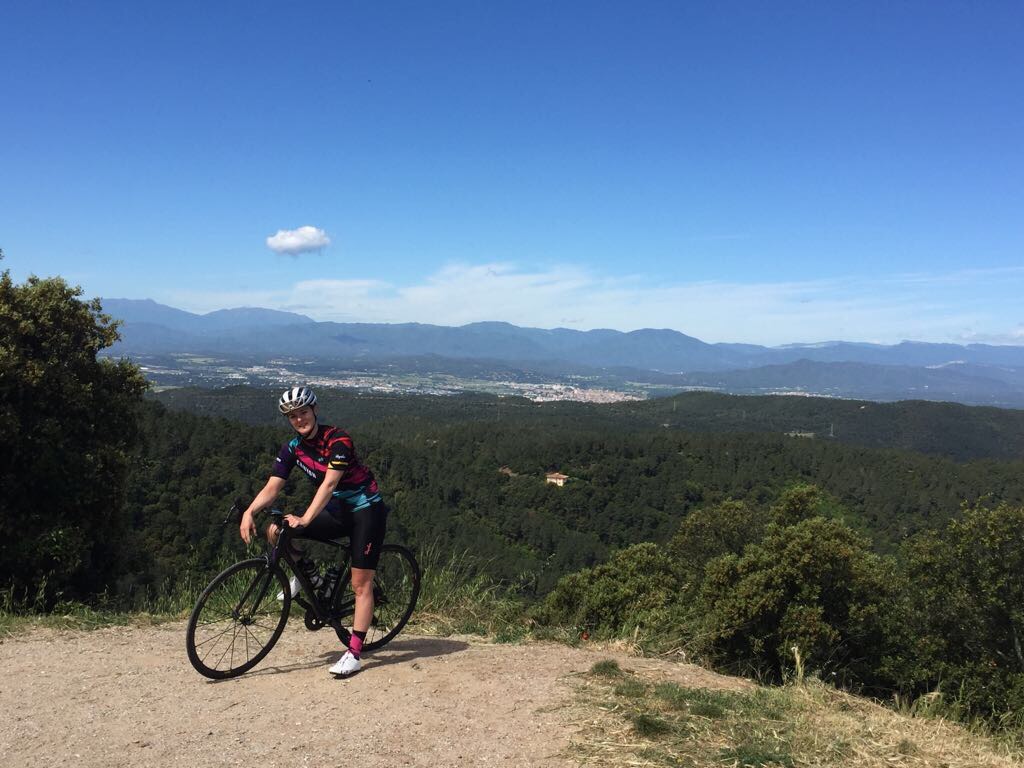 David Millar has become somewhat synonymous with cycling in Girona and we had to make a trip to his ‘favourite climb’ the Rocacorba. We didn’t really know a lot about it, but off we went. It’s a tough climb with quite a few kms above 11% the surface was poor too, and was in the middle of being resurfaced at the bottom, it certainly made for a slow start! After the tough middle sections the gradients eased slightly as you work around the tops to the radio masts at the top. A lot of the time you’re climbing in the trees but finally in the last few metres of the climb the view becomes apparent and wow, it was worth every pedal! Sitting on the hand glider’s take off you could see for miles. Sadly we didn’t see any pros climbing, but the Orica Scott girls had been up there the day before. 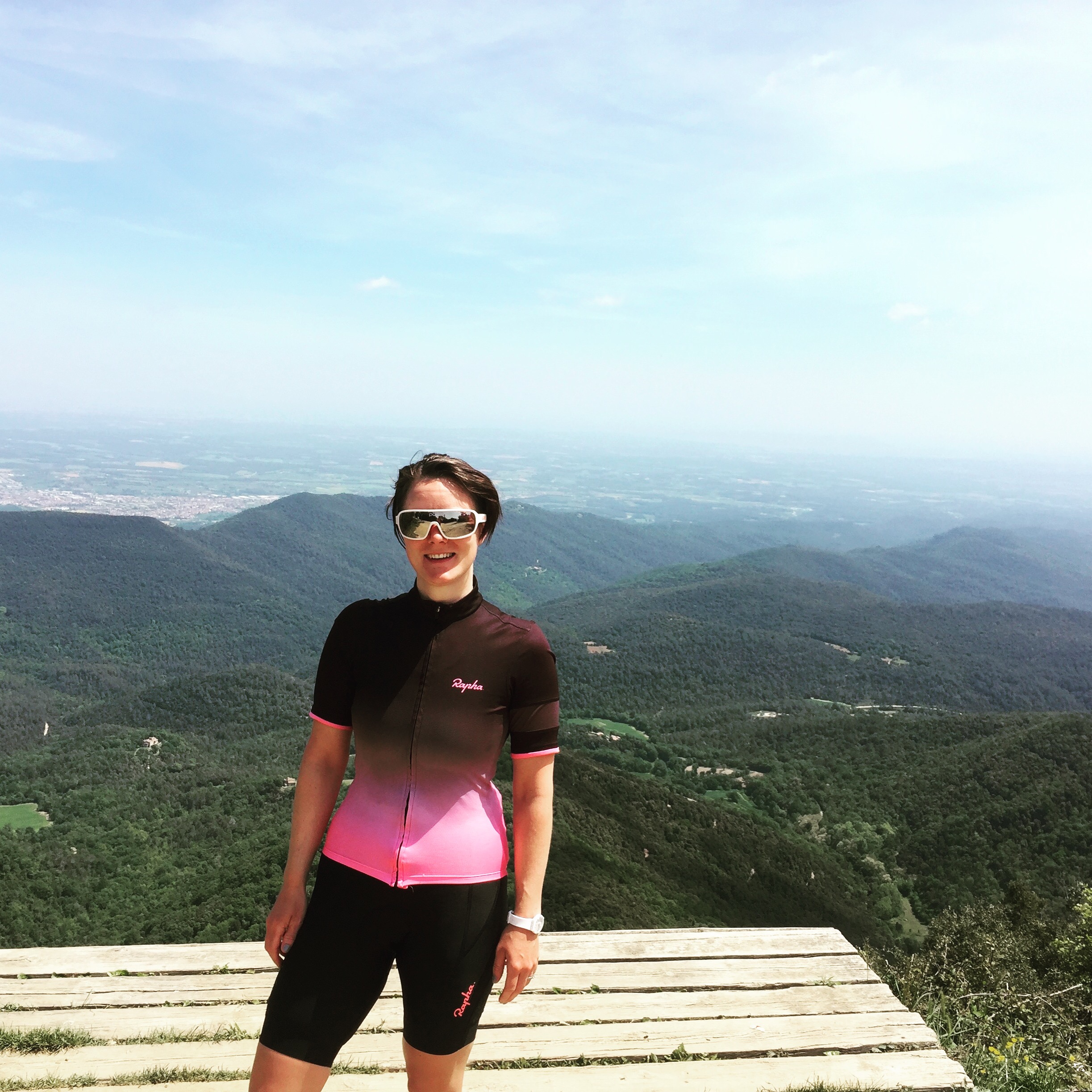 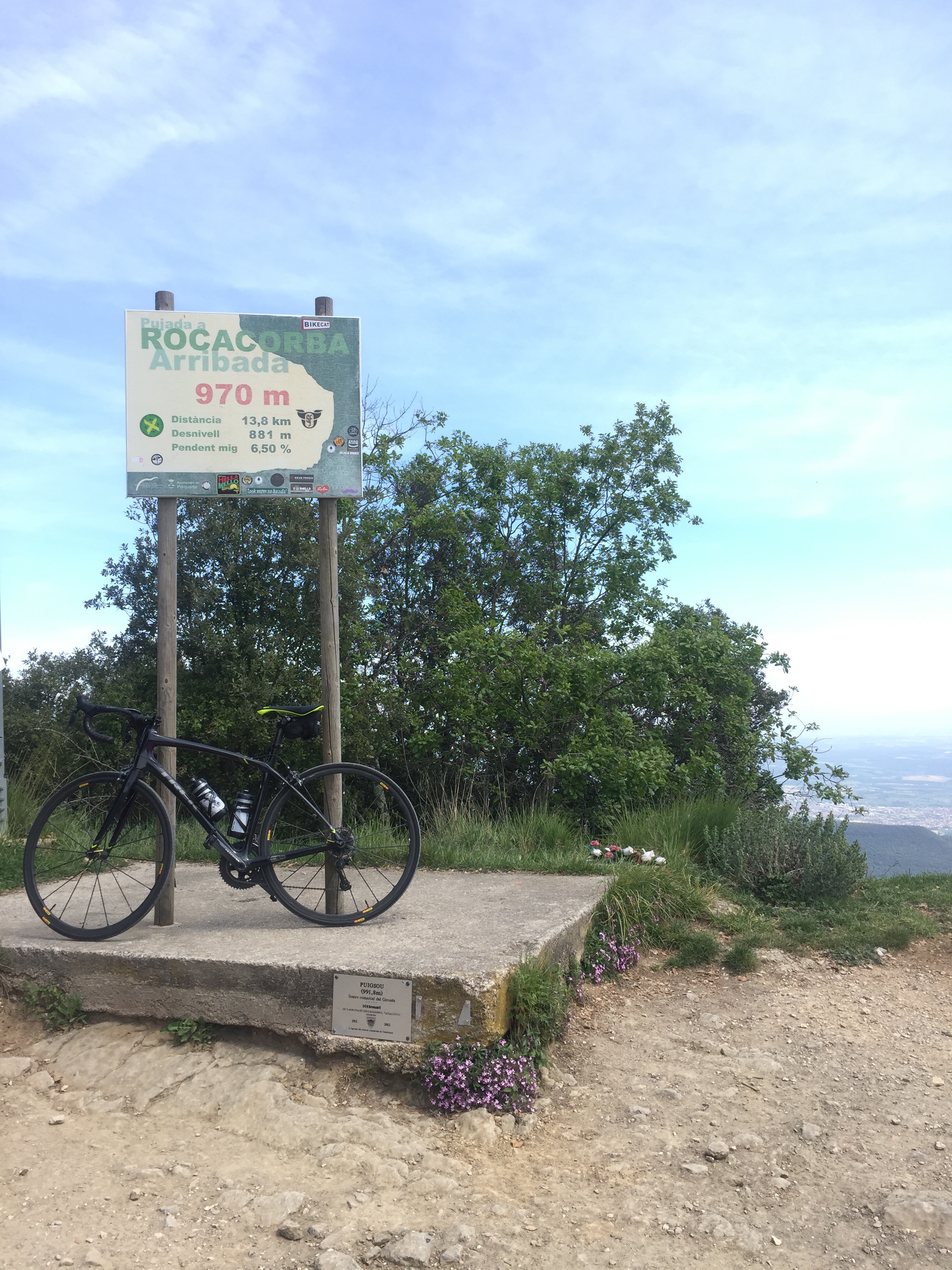 Off the bike Girona has so much to offer, a lot of we didn’t even begin to see or do. However, my love of ice-cream was certainly sated in Girona, with more shops than I could manage in a week! For me the pick of the bunch was rocambolesc – owned by the same family as El Celler de Can Roca – one of the world’s best restaurants. I loved having the city to explore once you’d finished cycling, it also meant there was some really nice places to eat too, very different from staying in the more touristy areas. 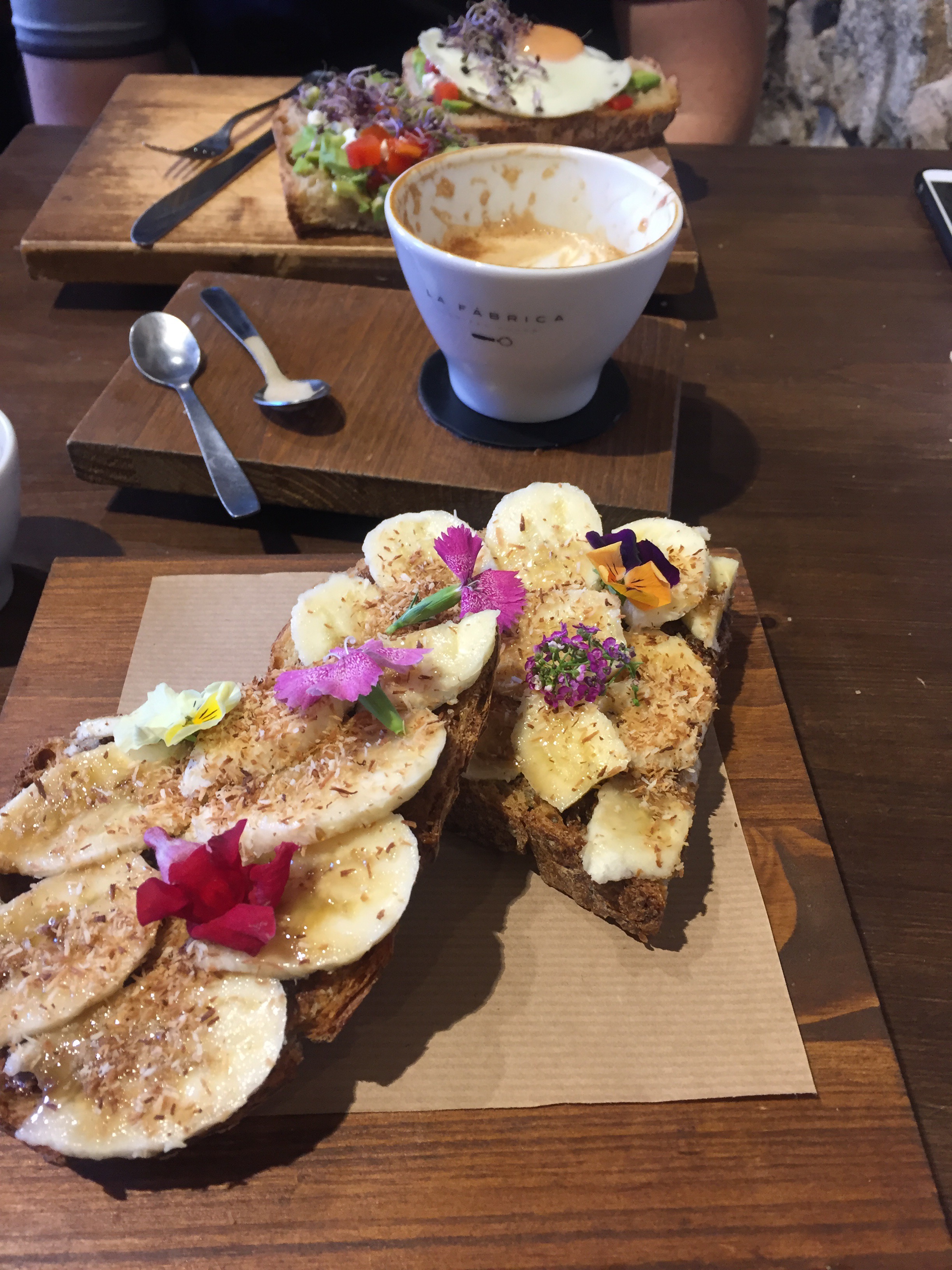 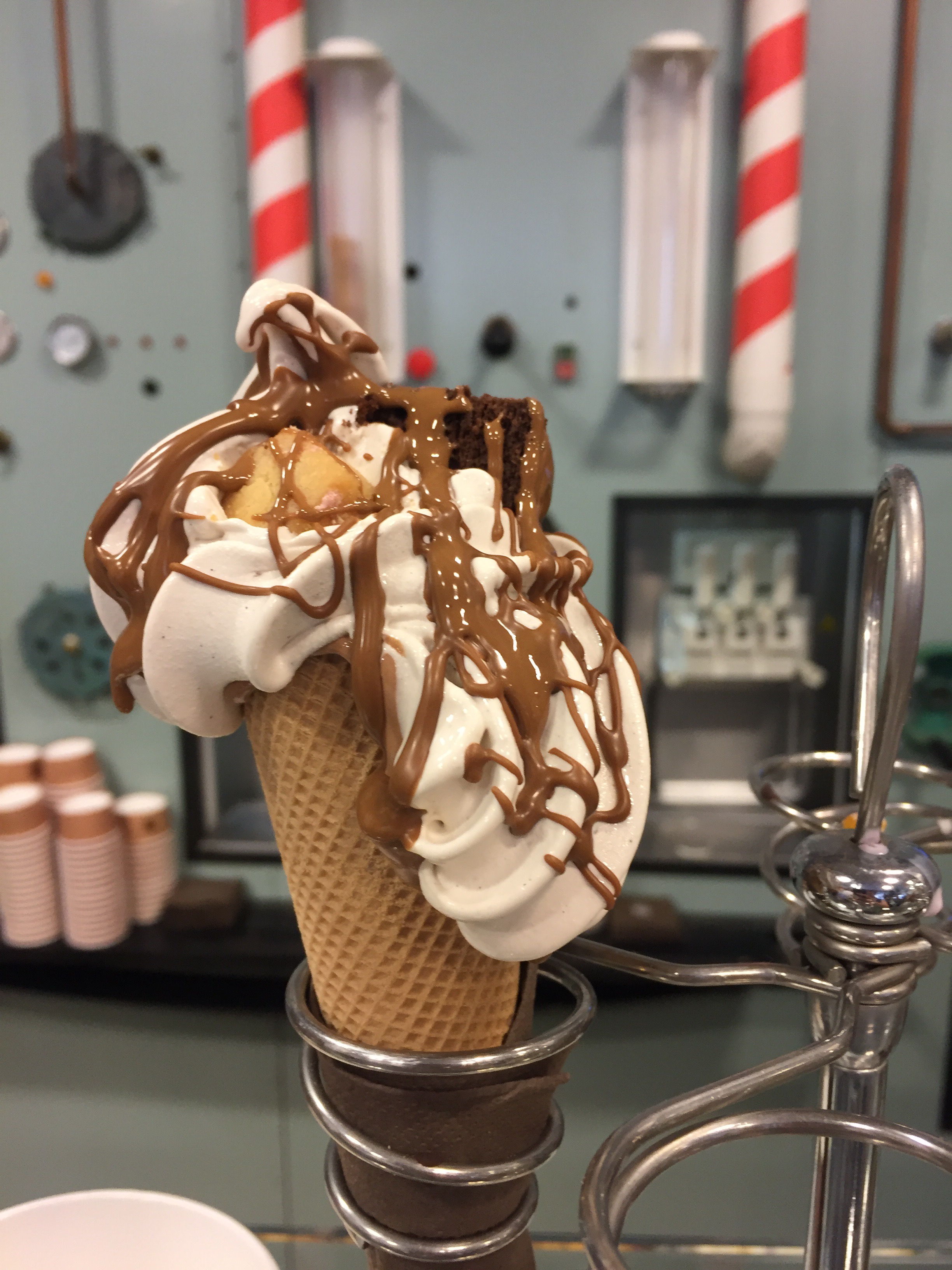 Girona is pretty much the perfect place to train, and we’ll certainly be back!