In late July the adventure began, 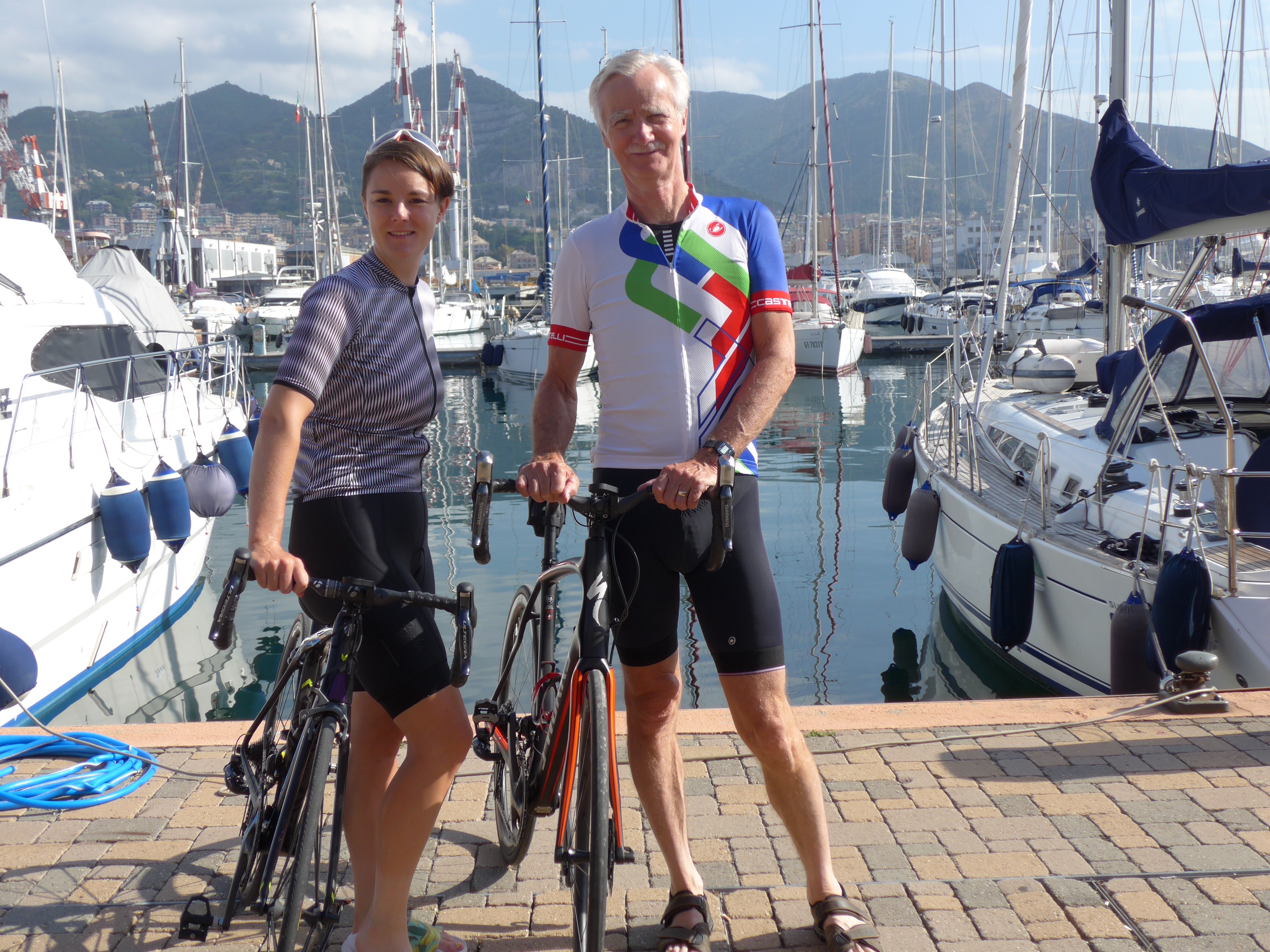 With bikes on the roof and gear in the boot,

They set off to cycle the Alpine Haute Route.

Up to the col de Nice and Cyriel’s Villa,

And a night of karaoke, before, during and after dinner! 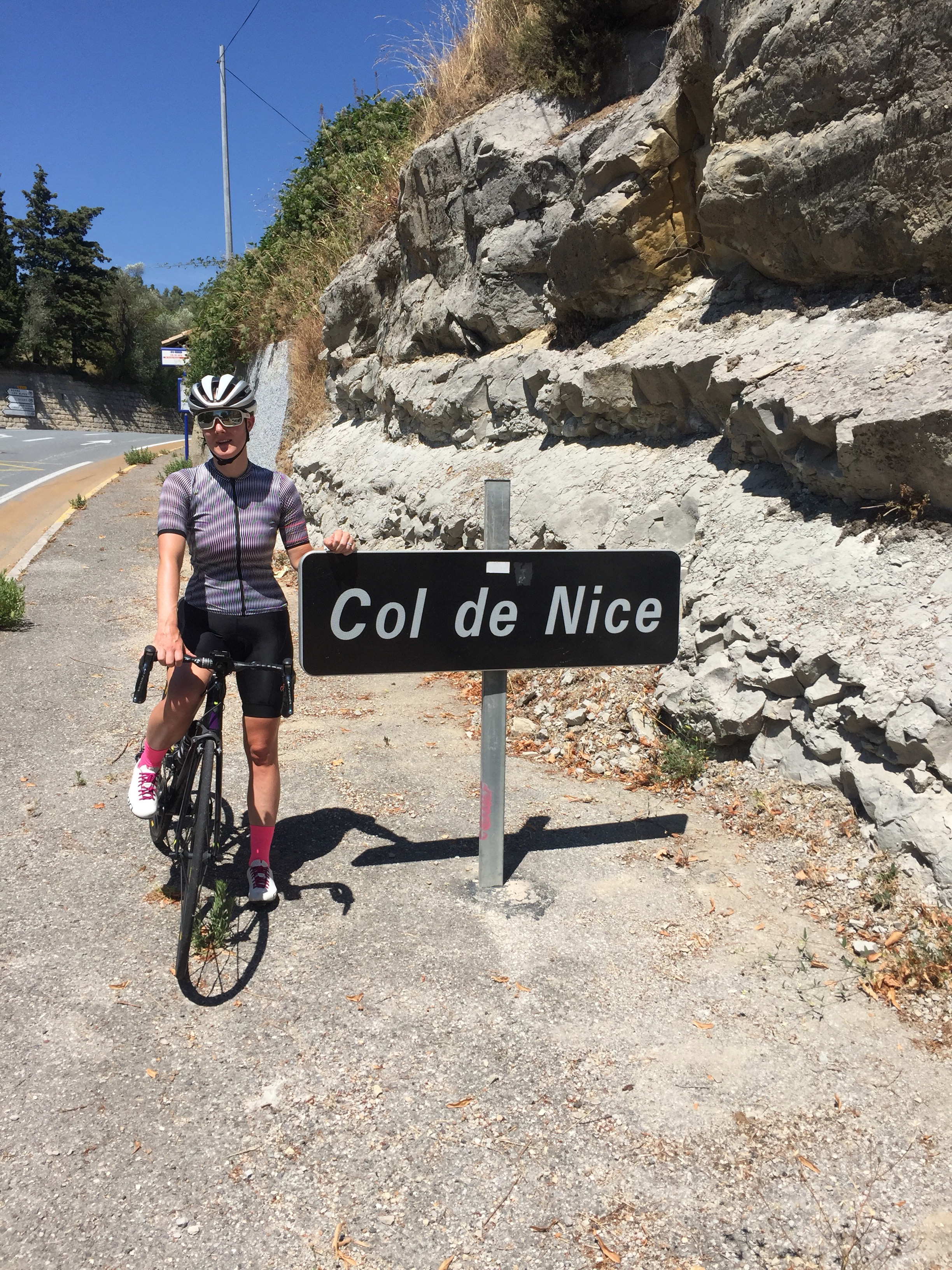 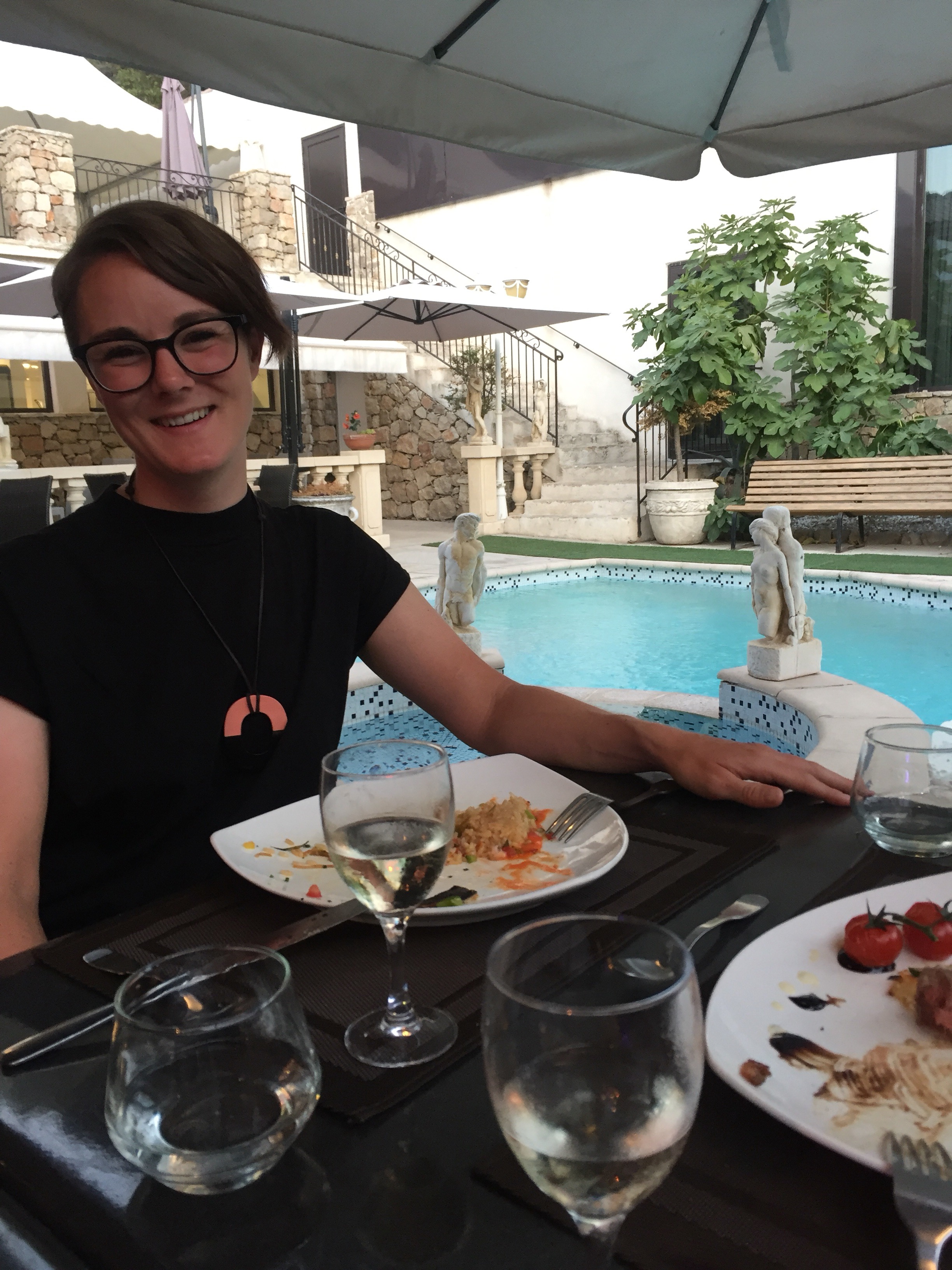 After Turini St Dalmas was that night’s base,

With two Bernese dogs who had the run of the place. 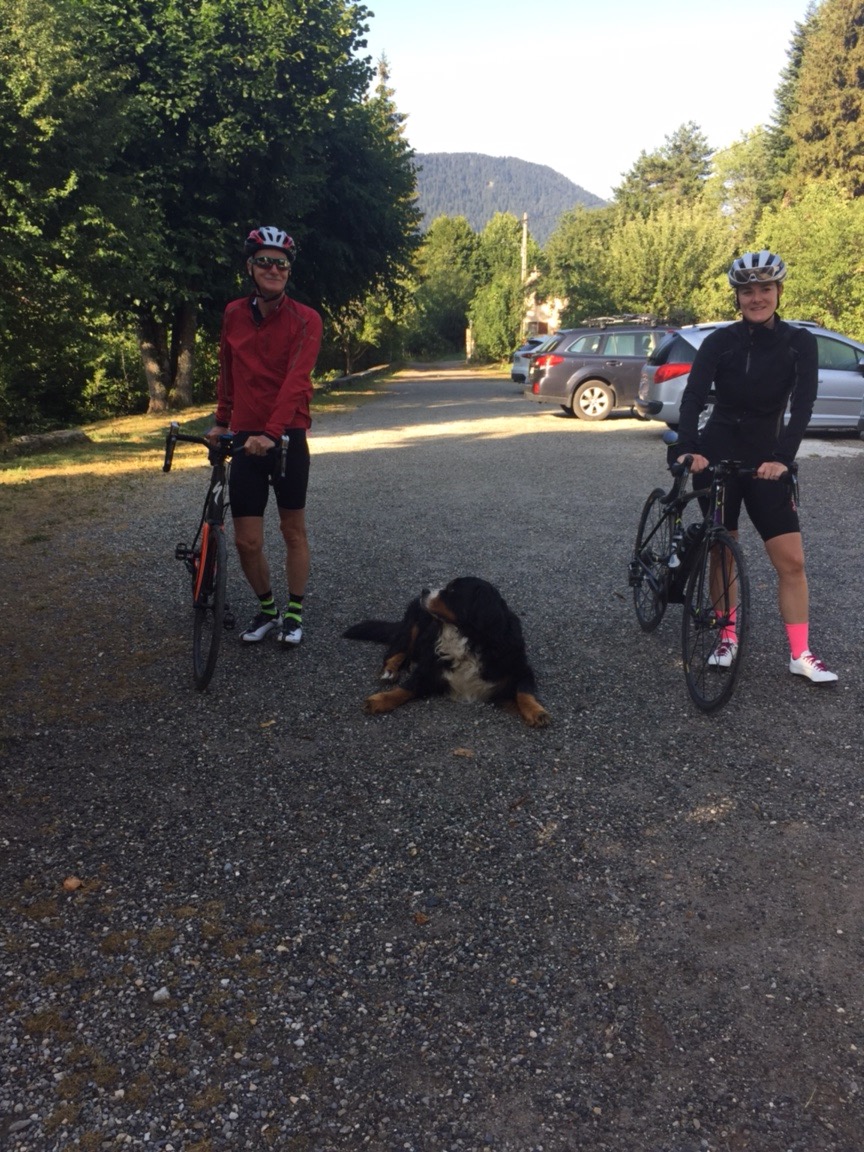 On Sunday driver and cyclists started to fret,

As we prepared to ascend the fearsome Col de Bonette. 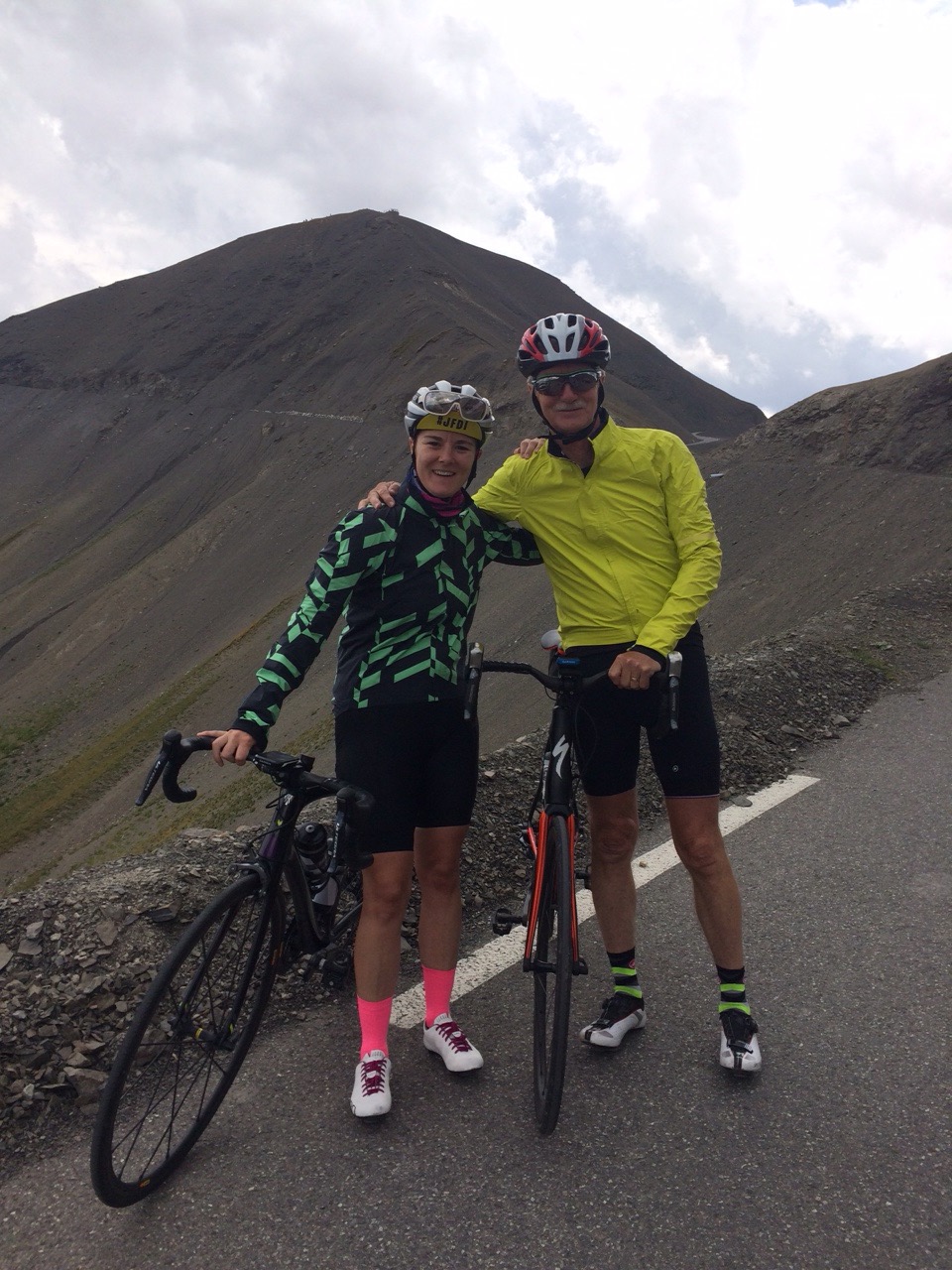 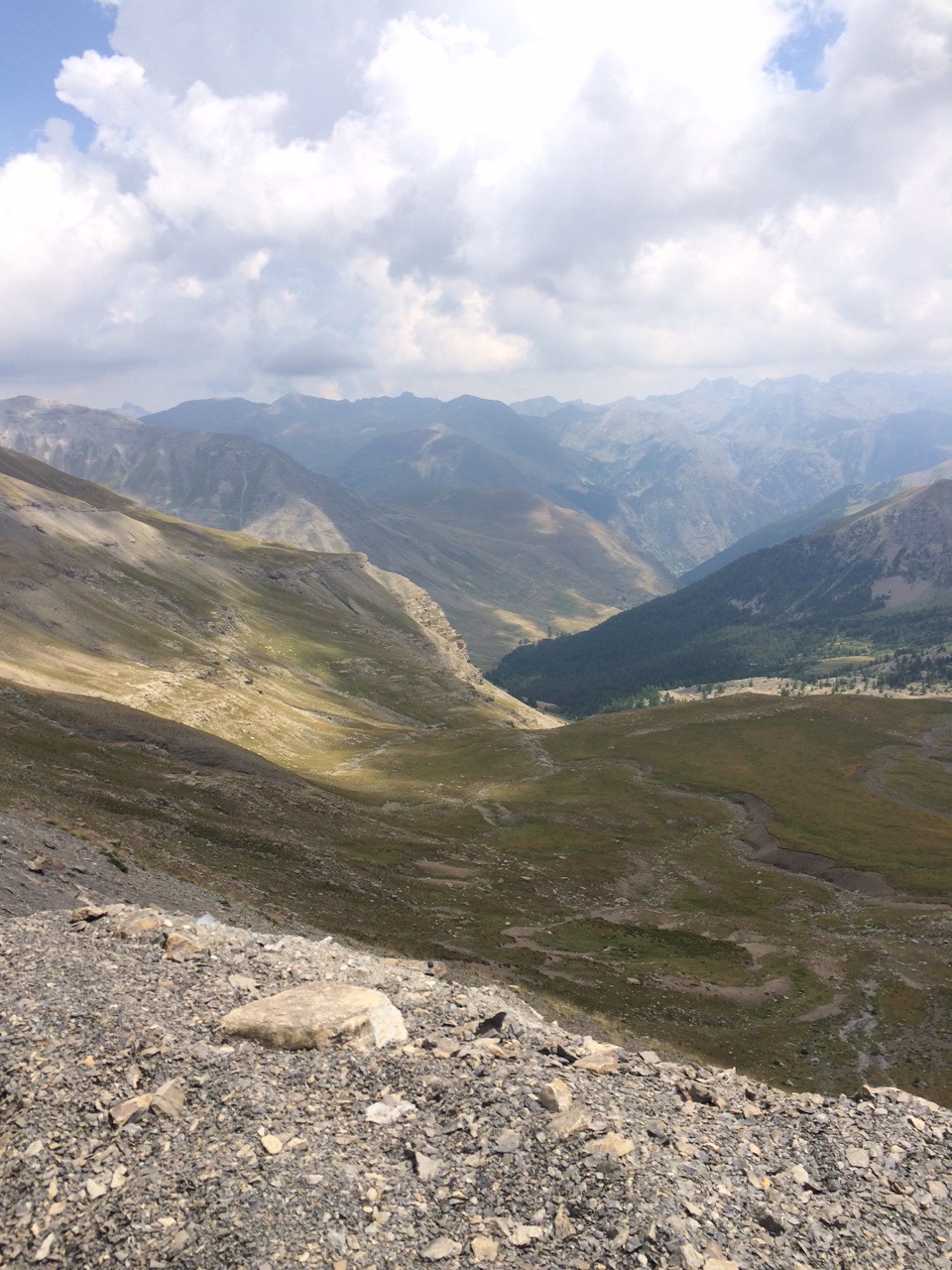 The puncture was fixed and we all reached the top,

Looking forward to the descent and our overnight stop.

But the apartment that night was a bit of a fright,

The apple pie bed looked like it would be an uncomfortable night.

But after beer from Ubaye, spicy pasta, cheese and wine,

All were asleep by half past nine!

On the tough climb up to the Col de Vars,

There were more cycles than there were cars,

With many (but not ours) doubled over thier handlebars! 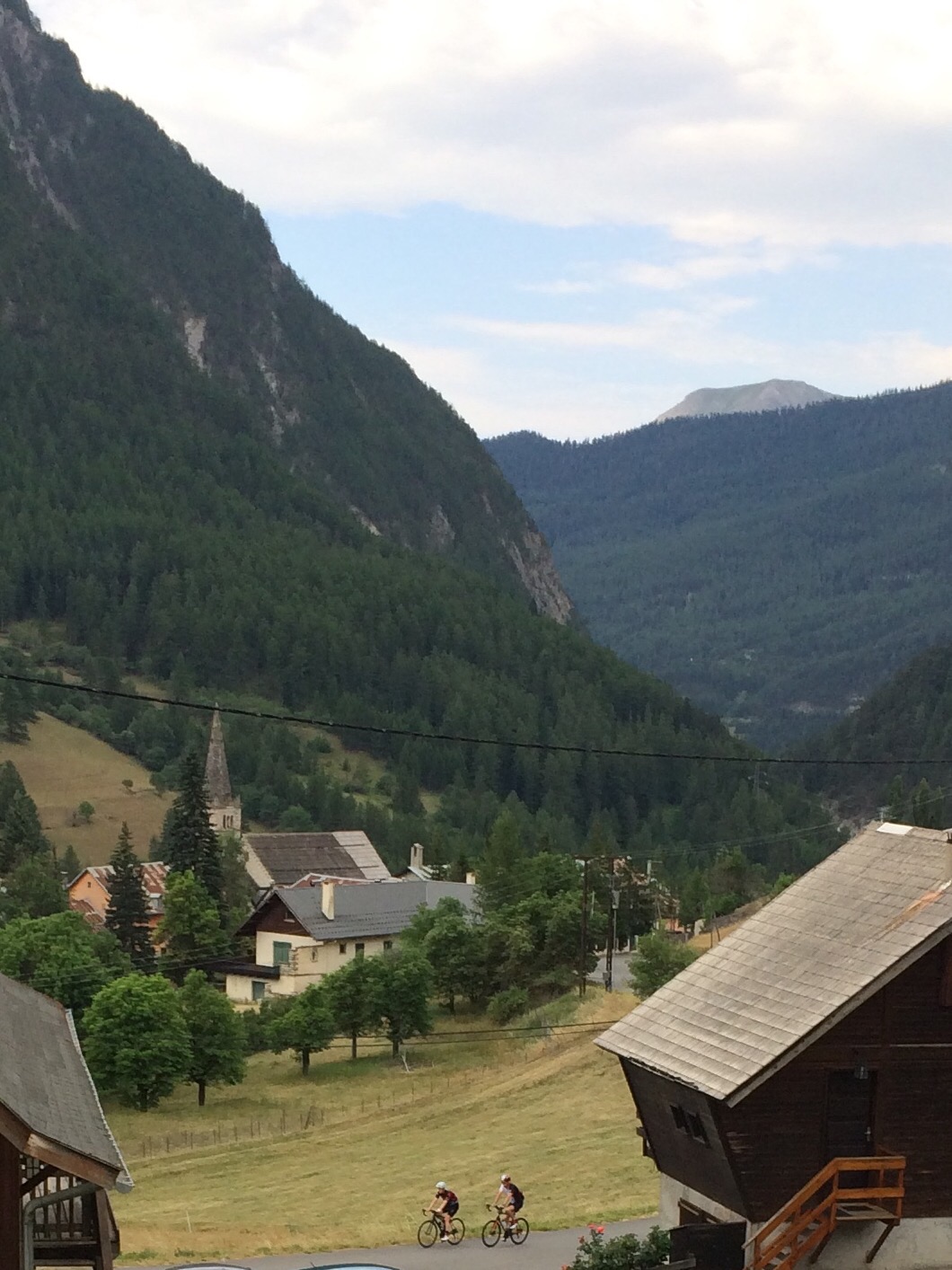 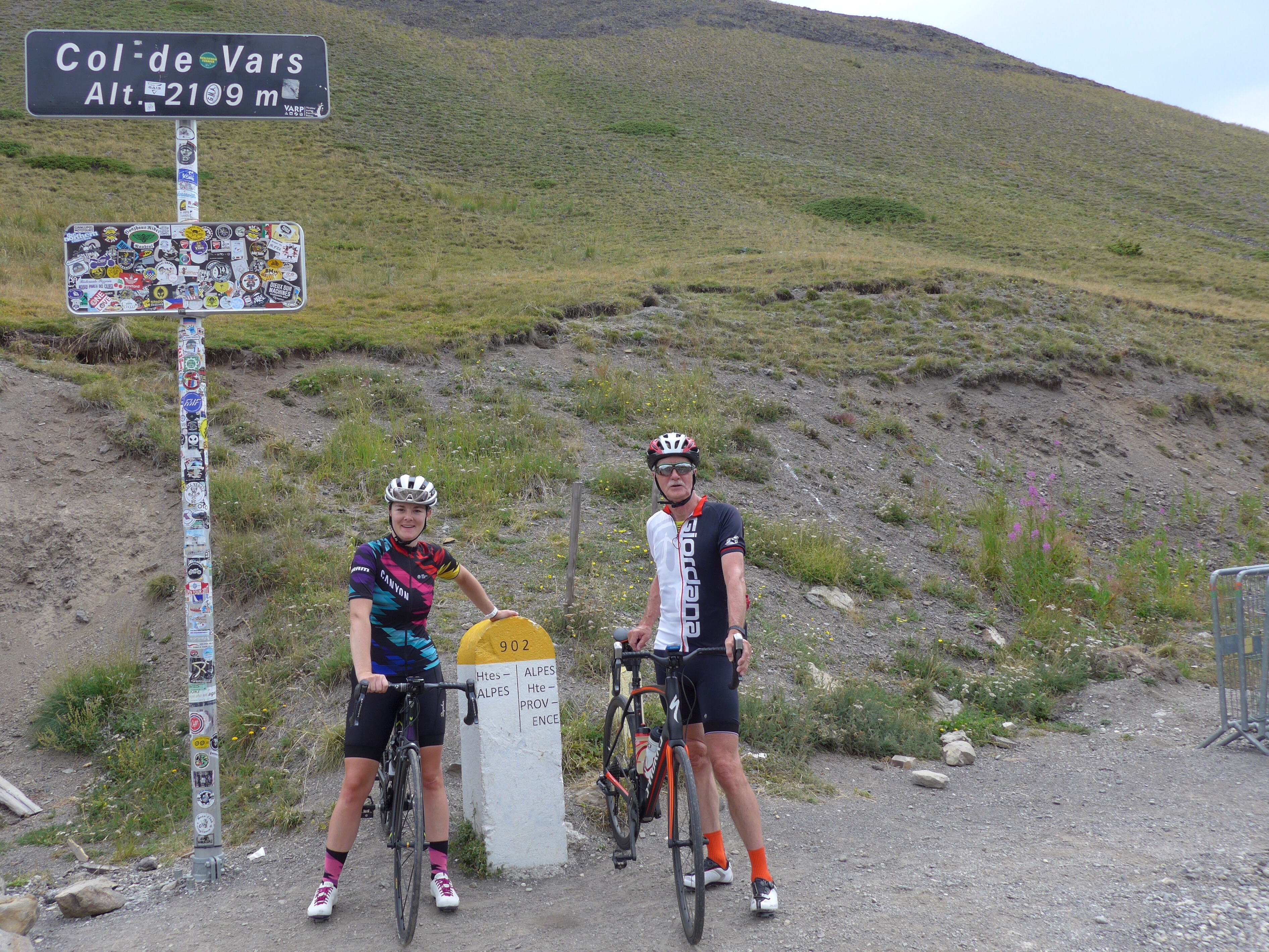 Market day in Guillestre in the thirty degree heat,

Made getting to the hotel a bit of a feat.

Next day the views from the Izoard were splendid and fine,

Our cyclists even had the energy to sprint over the line! 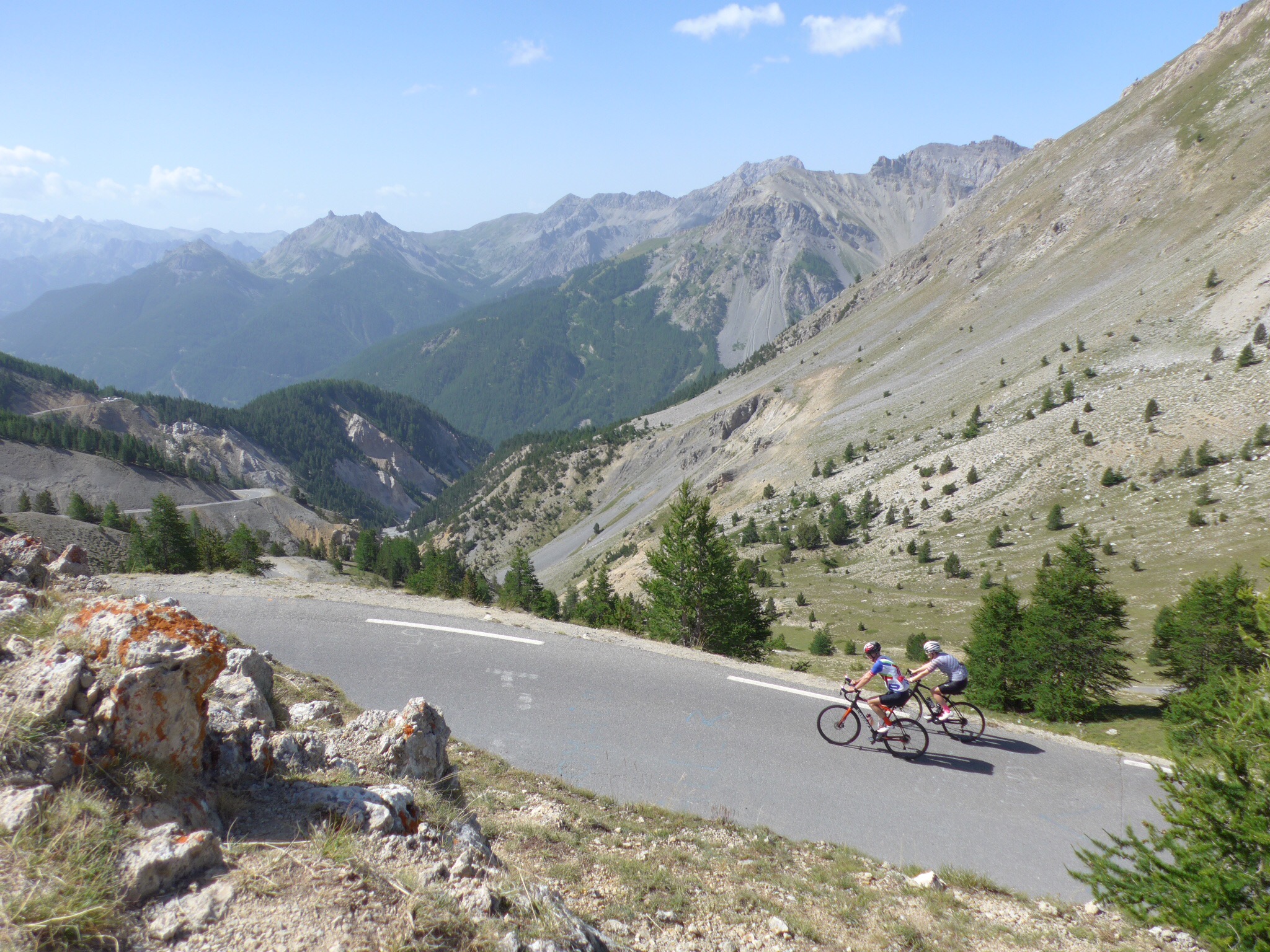 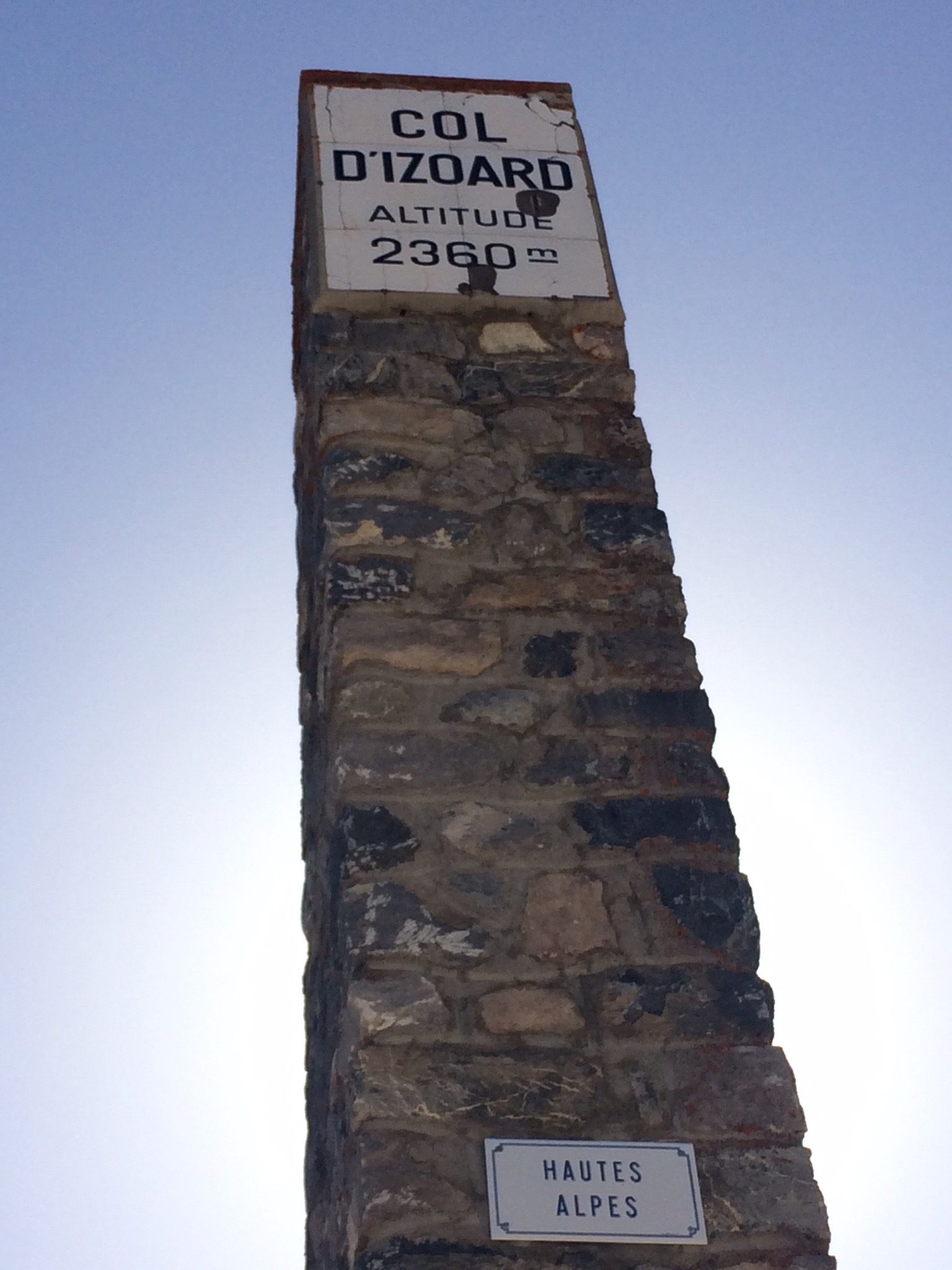 The Cols and Briancon were soon in the past,

As we headed to the lovely Auberge de Choucas. 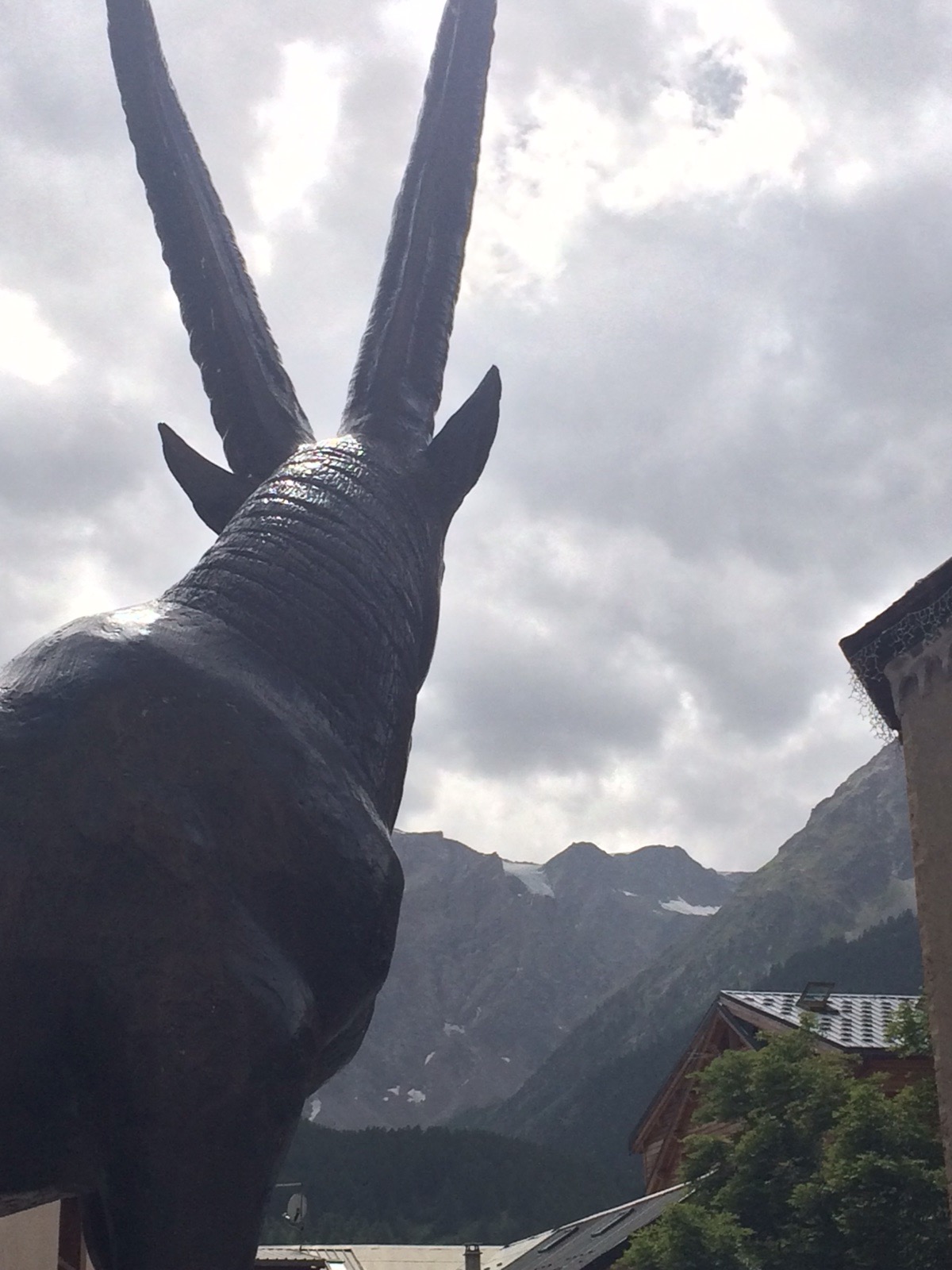 Next day the Galibier loomed up large,

And then down it for lunch at the busy village of Le Grave. 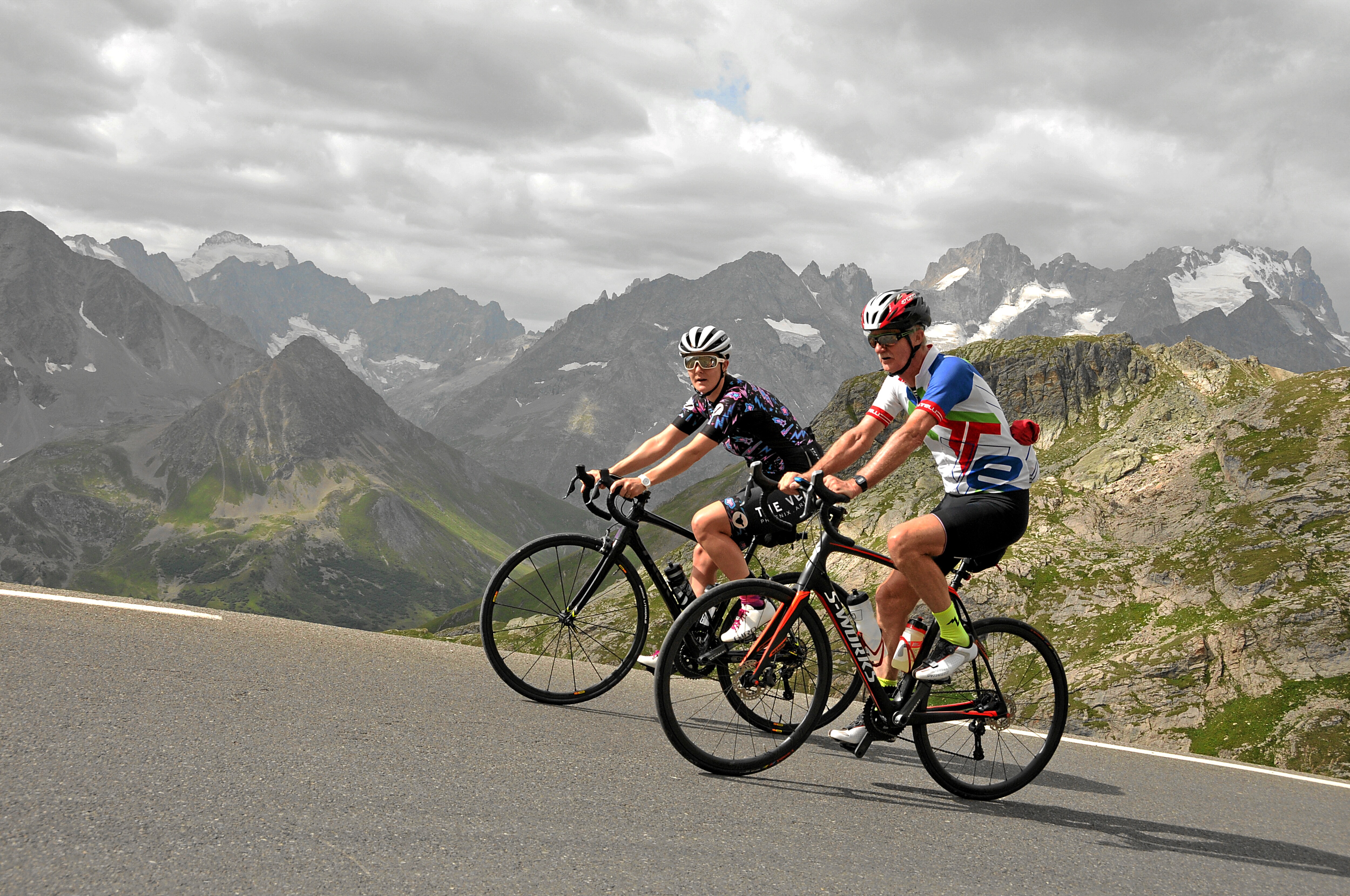 In Bourg the Hotel de Milan was from another time,

But the welcome and breakfast were truly fine.

The sound of Bourg was the click of the cleat,

But oh those cyclists in white just didn’t look neat. 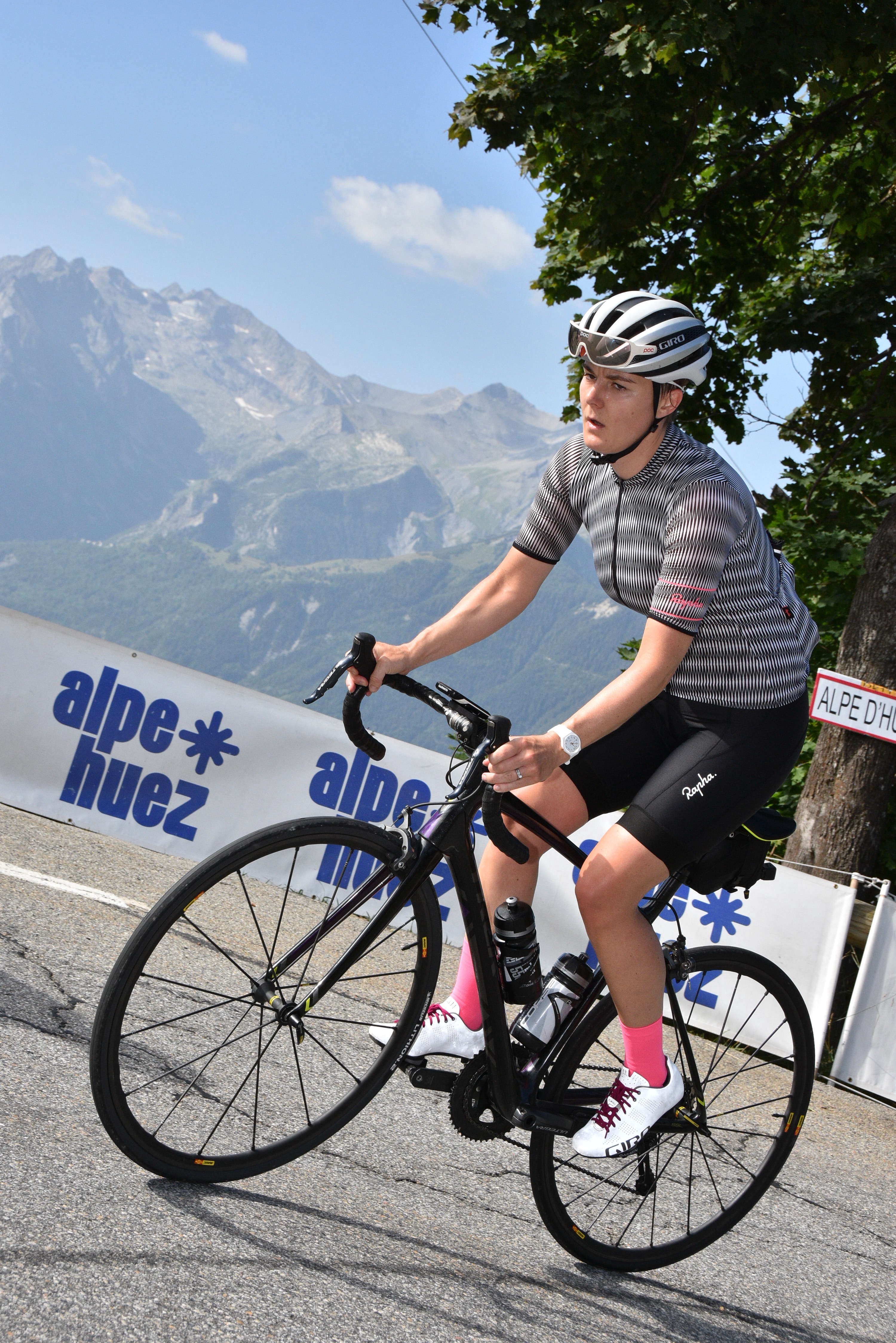 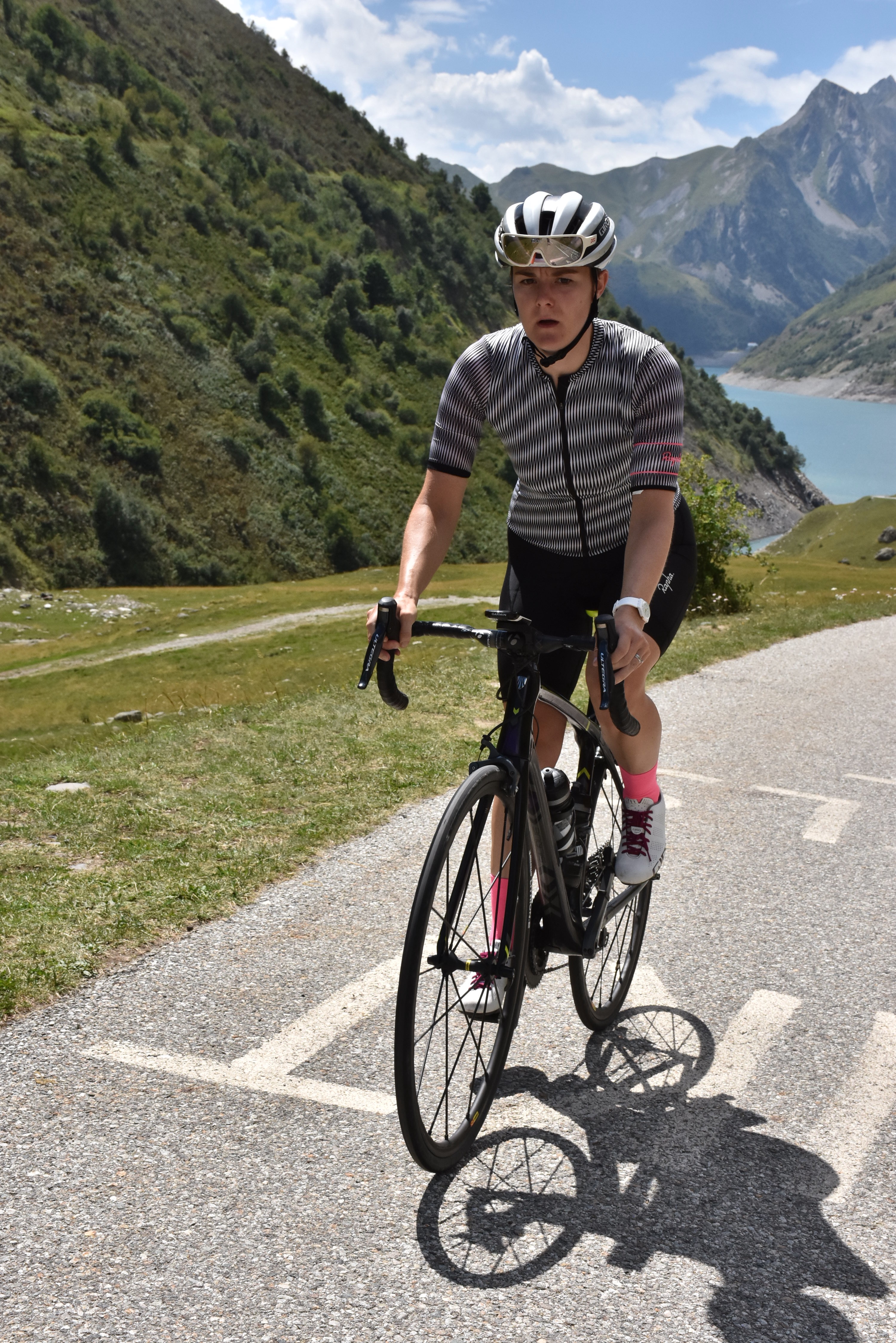 All seemed glad when the Glandon was done and behind them!

And agreed it really wasn’t fun,

In that fierce afternoon sun. 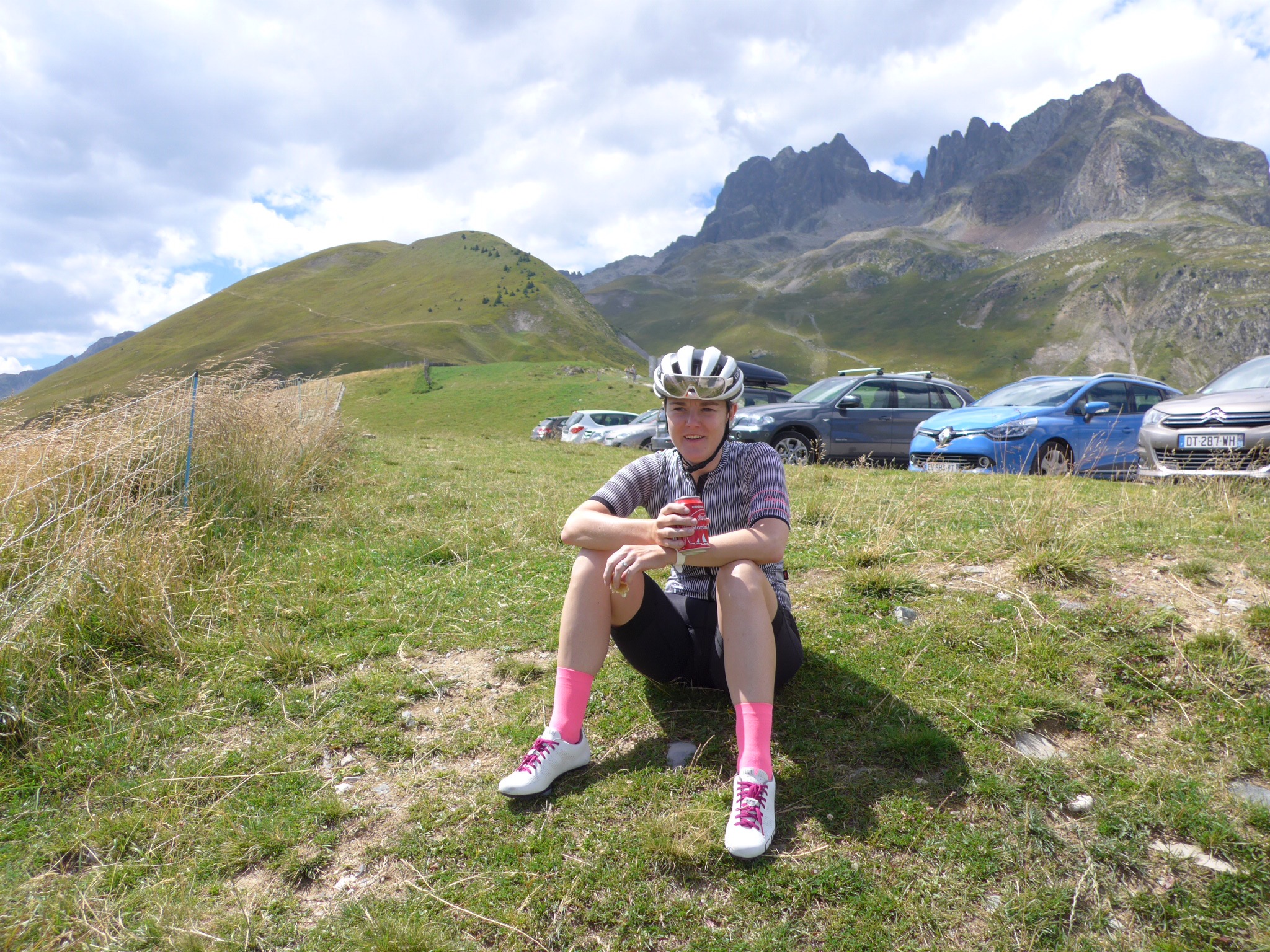 At St Francois our bed was the hotel Lac Bleu,

Once again the evening meal was cooked ‘avec feu’.

Down to the start of the Madelaine this time,

Our cyclists thought this a tough but enjoyable climb. 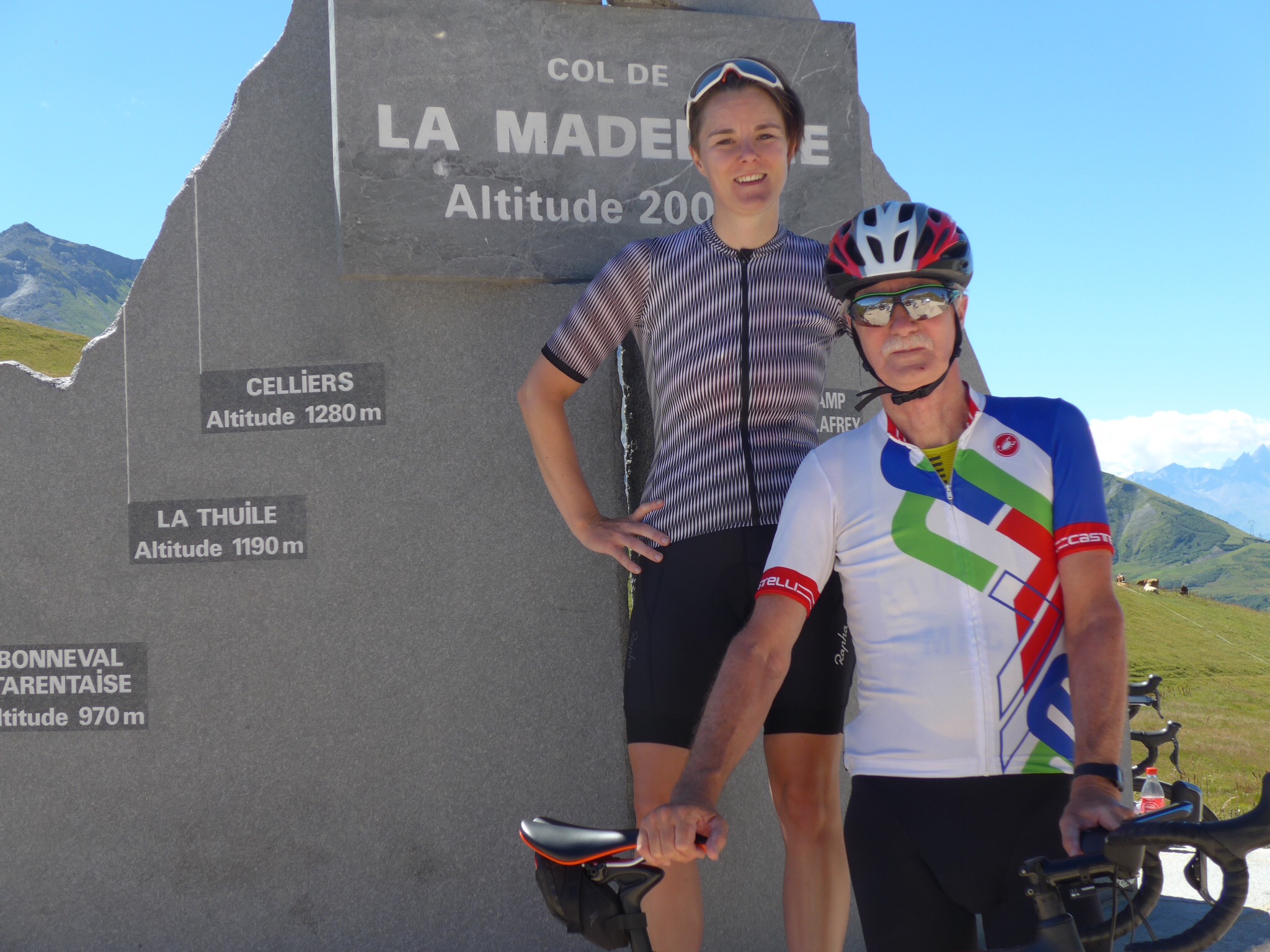 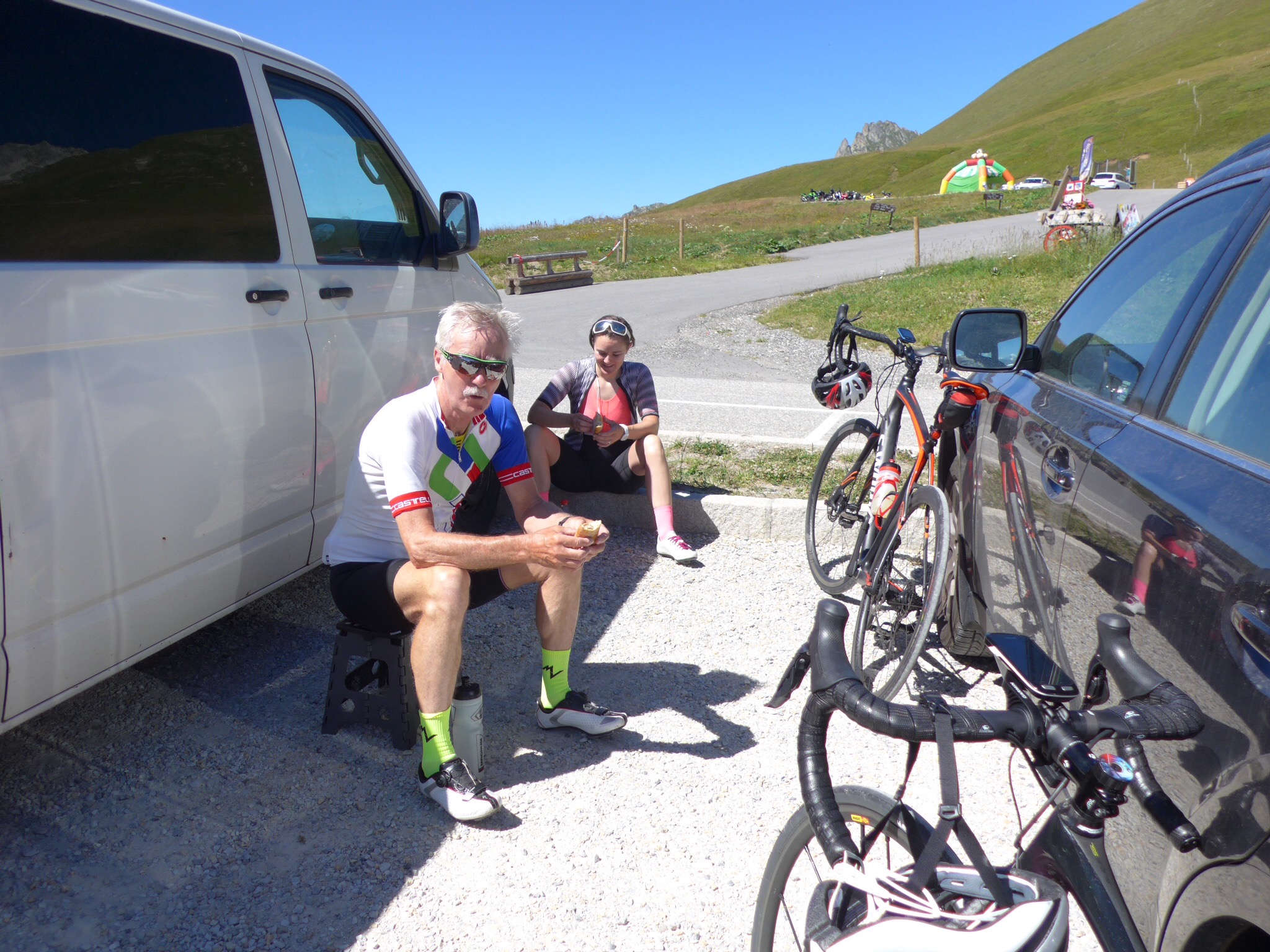 On to Albertville and the valley floor,

At the hotel Million it was too hot to touch the door!

Next day the tops were covered in mist and haze,

So without a view we climbed the Col des Saisies. 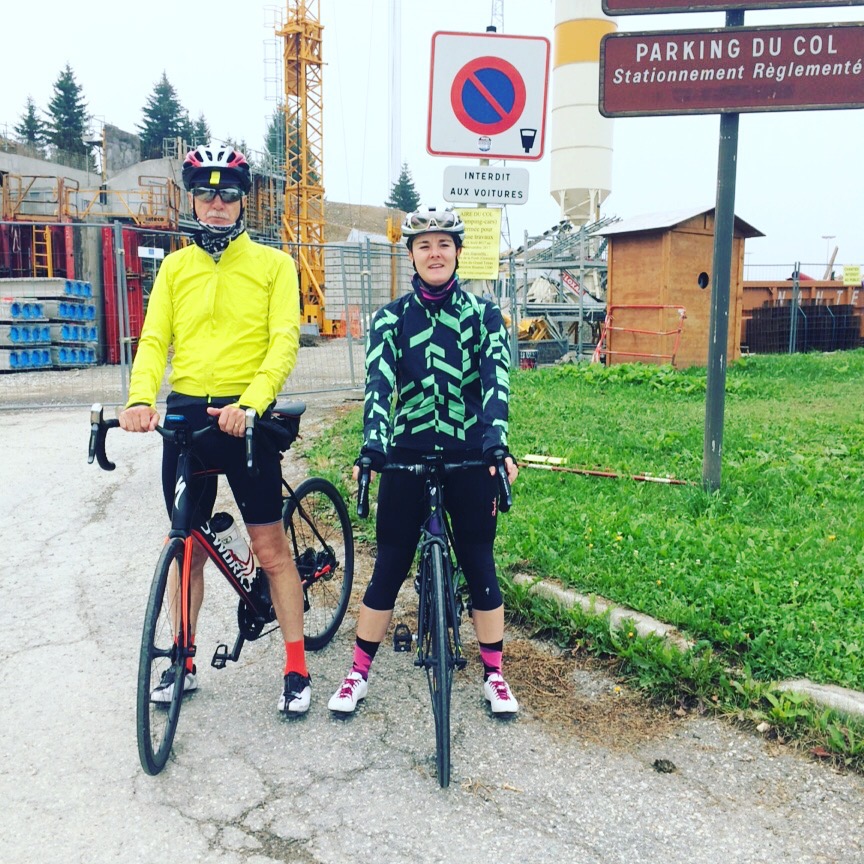 The Aravis climb was the last for that day,

And out came our view of Mont Blanc not far away. 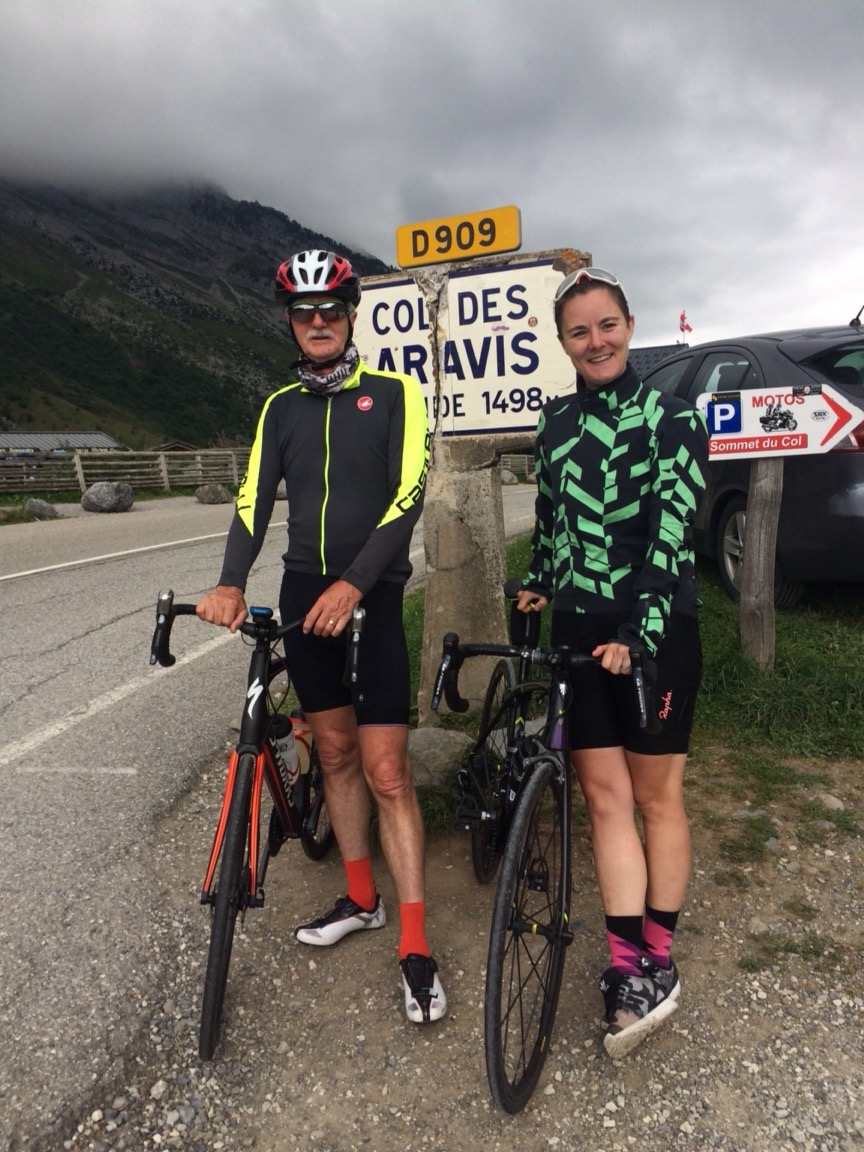 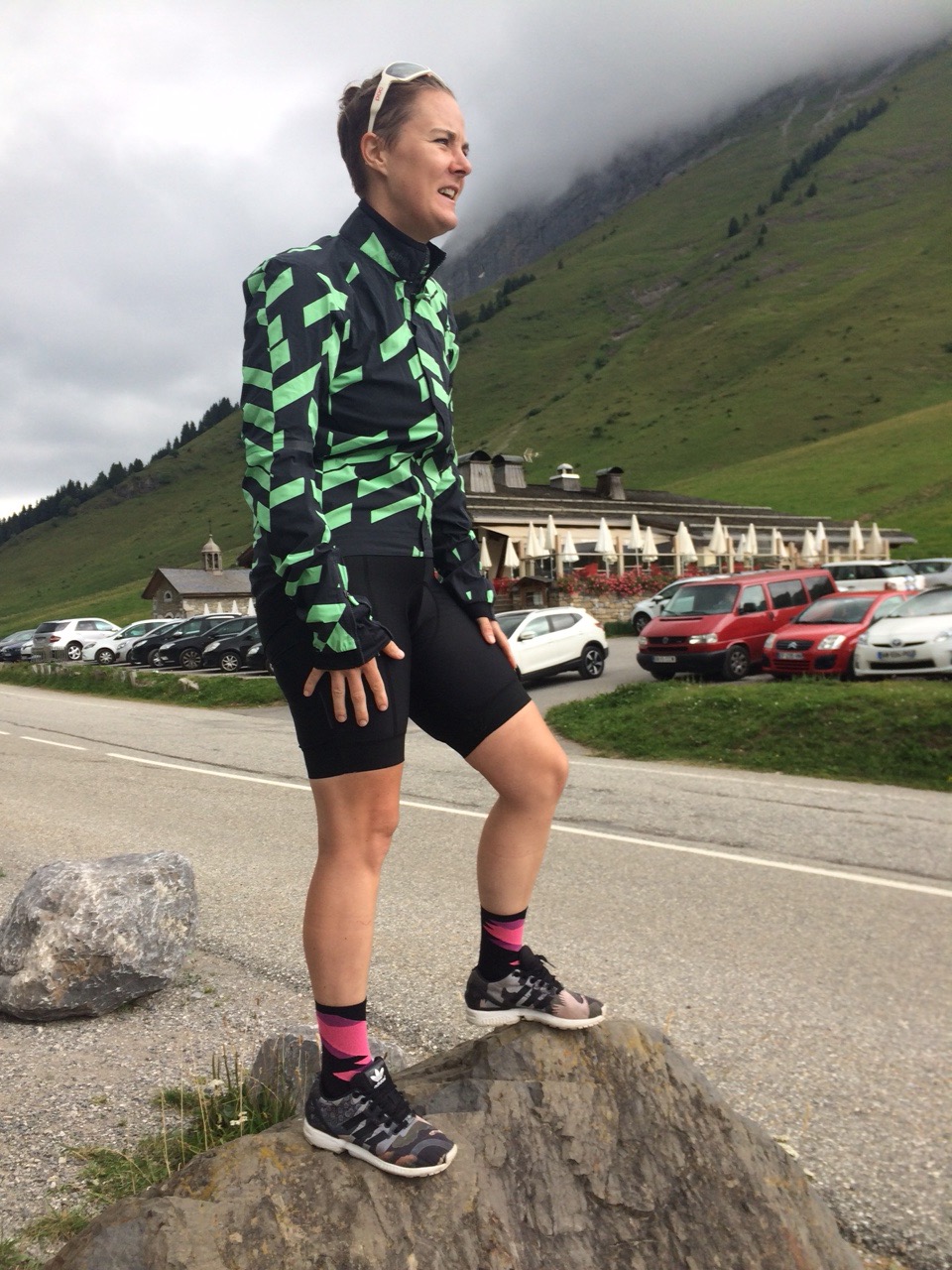 On the lovely climb to the Col de la Colombière,

A bearded vulture took to the air.

That day the final kilometre brought our cyclists to their knees,

But they perked up after some Abondance cheese!

The border and pass soon came into sight, 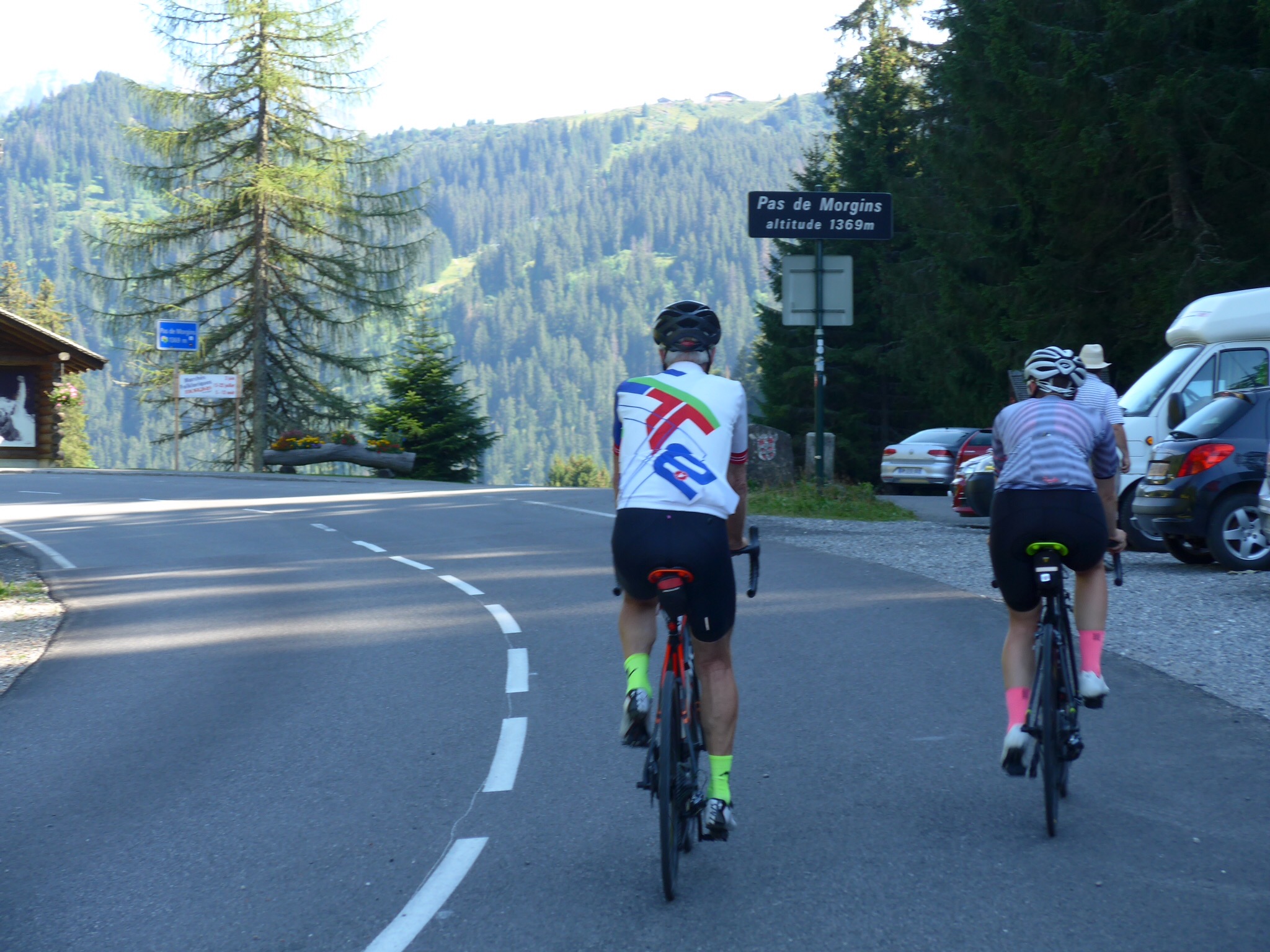 In Switzerland we stayed at Chalet Cergnat that night.

On Tuesday the weather was truly grim,

With thunder, rain and bolts of lightening!

Our cyclists looked glum and had a chat,

And both declared “we’re not going out in that”!

Oh the silence was palpable as we drove home in the rain,

Tomorrow they said “we’ll be back again”!

Next day back to Mogins we went,

And our cyclists sent off on the long descent.

Soon the Col de Croix was round the next bend 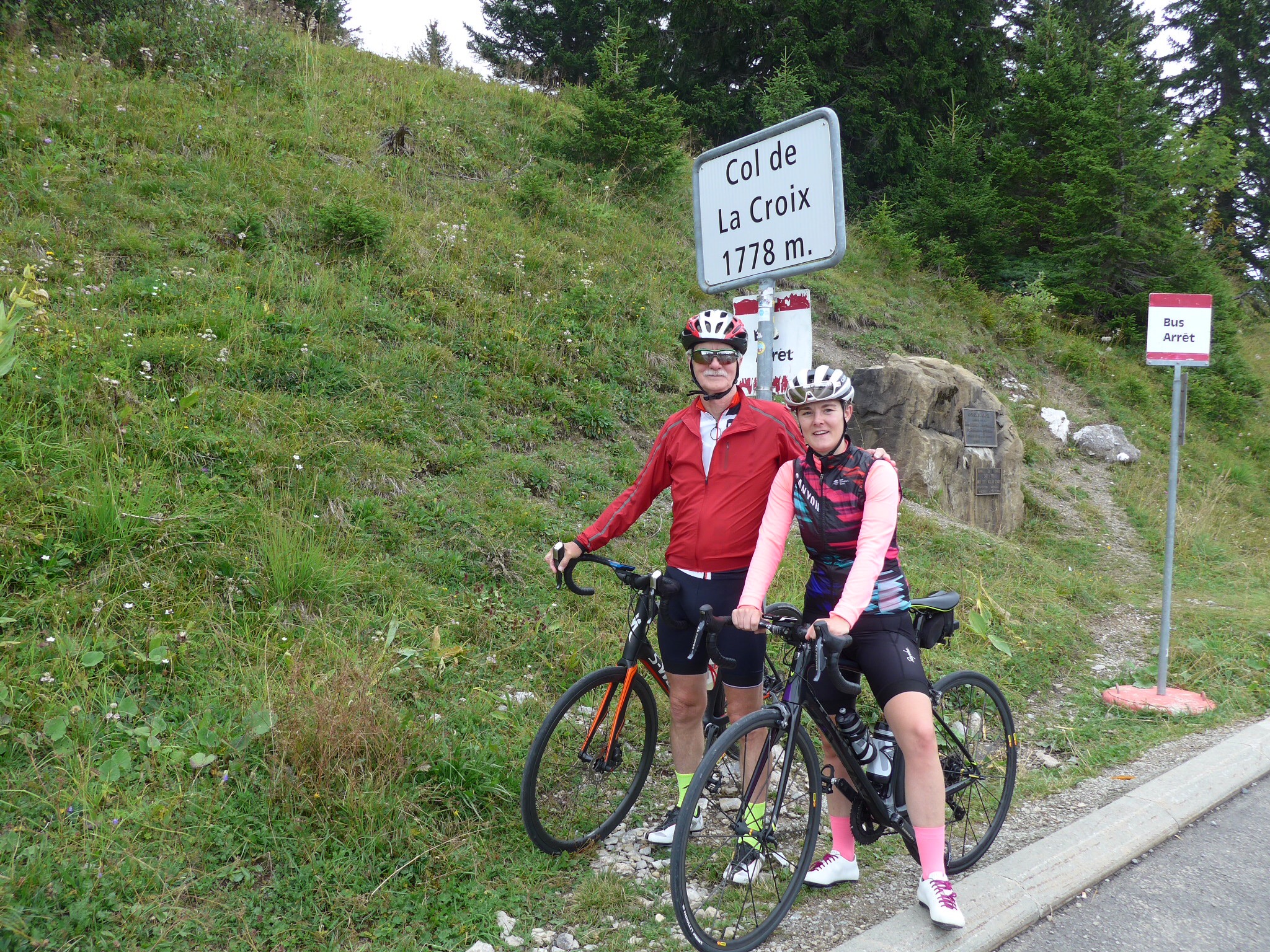 As was Diablerets, the chalet, the end! 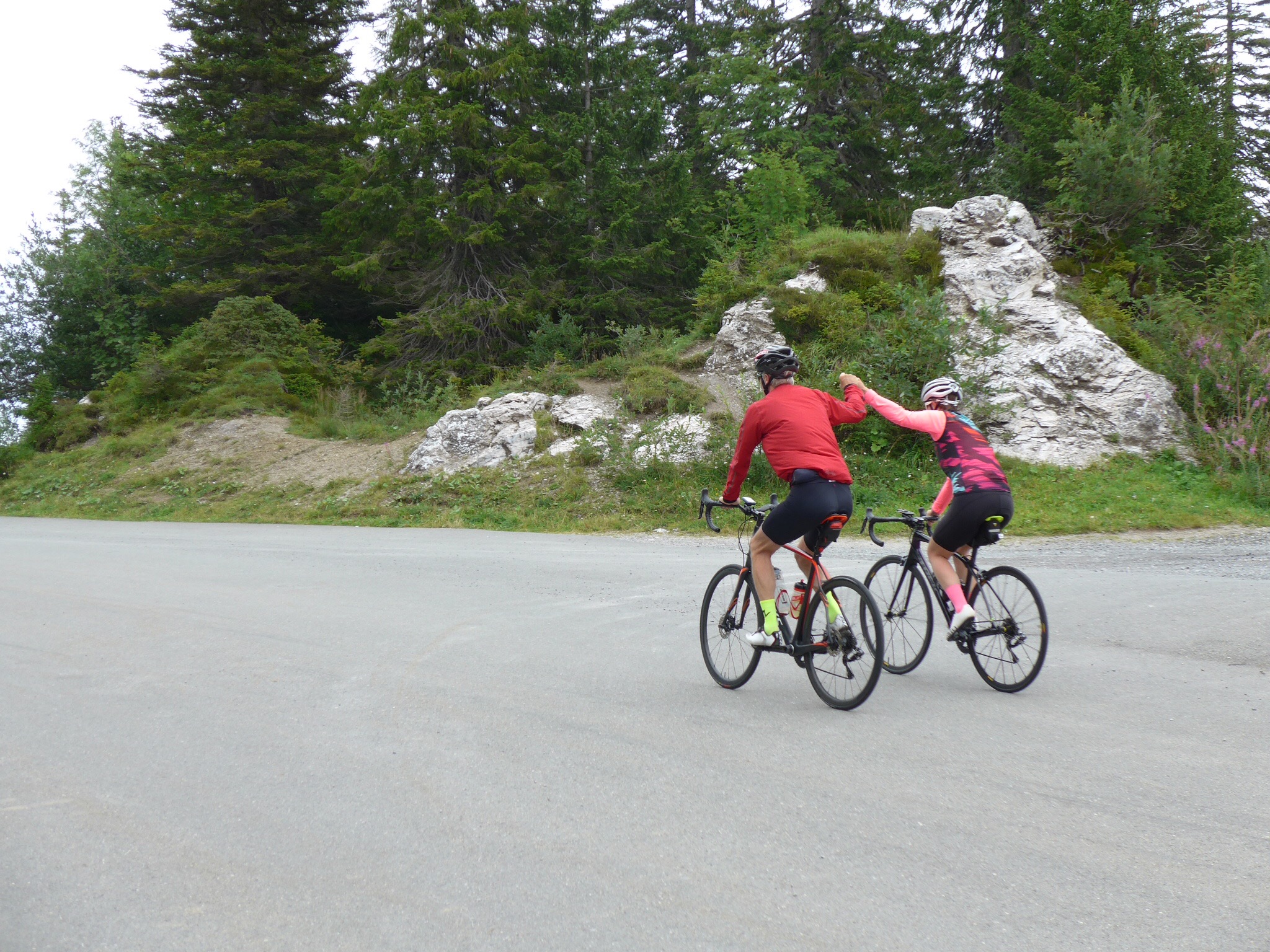