After a good year or two with no saddle discomfort and my beloved Fabric Scoop saddles, over the winter I’d begun to get sore more and more frequently. I’m stubborn so I refused to think about changing saddles, as I’d been so comfy for so long. But with the start of the TT season I was in a real mess and needed some help.

Cue Trek Wilmslow and their bike fit service. I took along my Trek Silque (named Alan) road bike and my new Liv TT bike to try and alleviate the discomfort and have a general position check. One of the main differences with the bike fit was that it took place on a jig rather than my bike. The benefit of this meant that it was very easy to change small details on the move. It also allowed you to create an ideal fit, rather than retrofitting to the bike’s limitations. 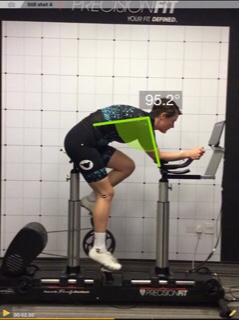 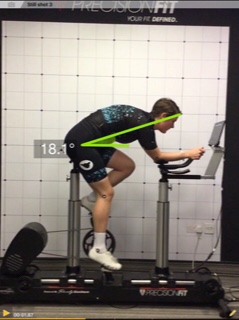 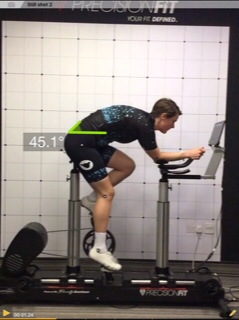 After some flexibility tests, it was time to get started with the fit, we started with the TT bike and after some very minor alterations to the bike’s set up, the focus turned to my feet. I’ve been working on my pedal stroke this year as I feel that it’s not efficient and I’m not putting my full amount of available power down. This was also highlighted during the bike fit, and while it may have given me a set of lovely calf muscles it wasn’t efficient for getting the power down! 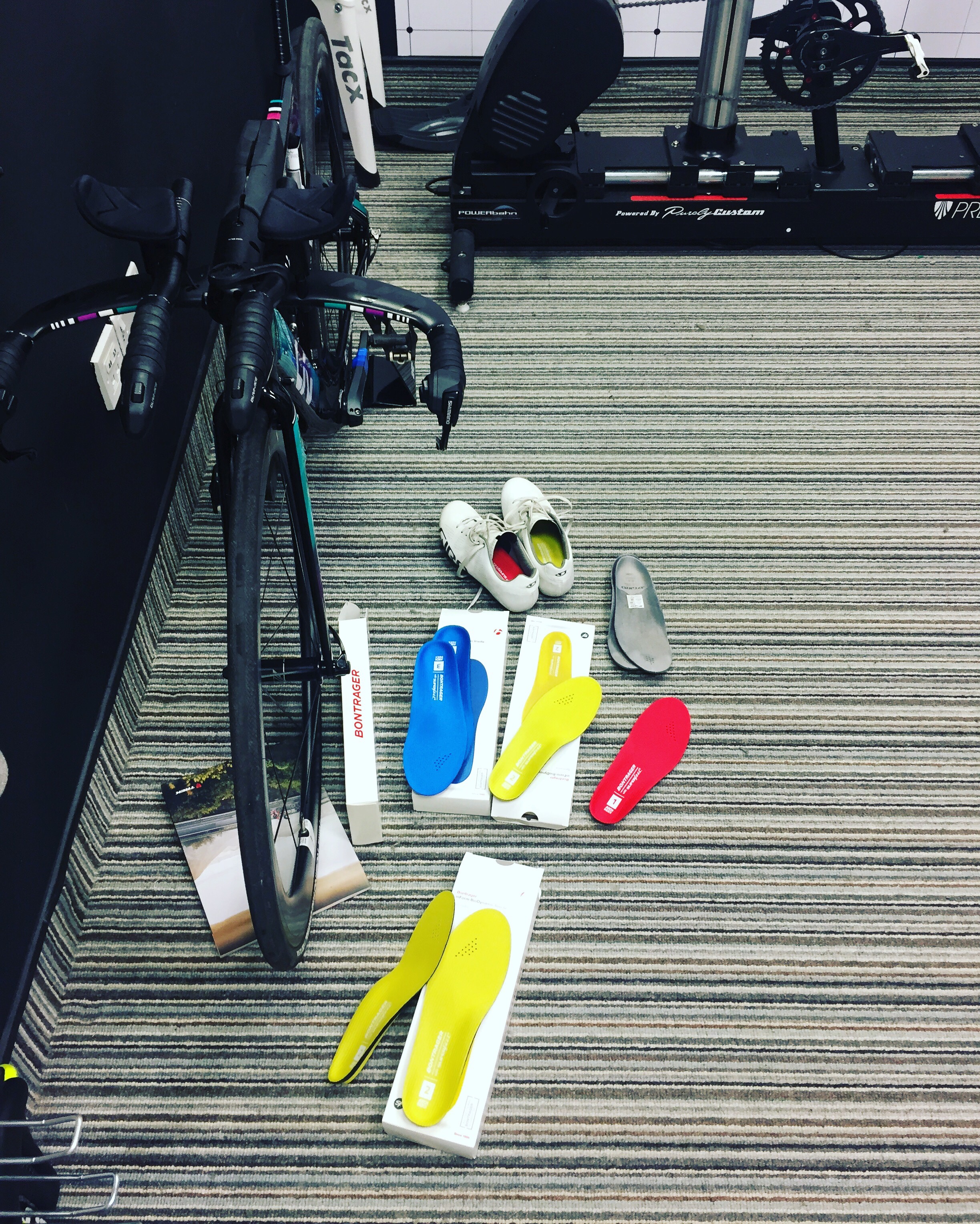 A set of insoles (a different one for each foot) and a new cleat wedge later, my pedal stroke wasn’t magically cured but it was certainly a lot better. Now it’s down to me to work on improving my power transfer and my foot angle! It was a relief that the TT bike fit was good, with no major changes. 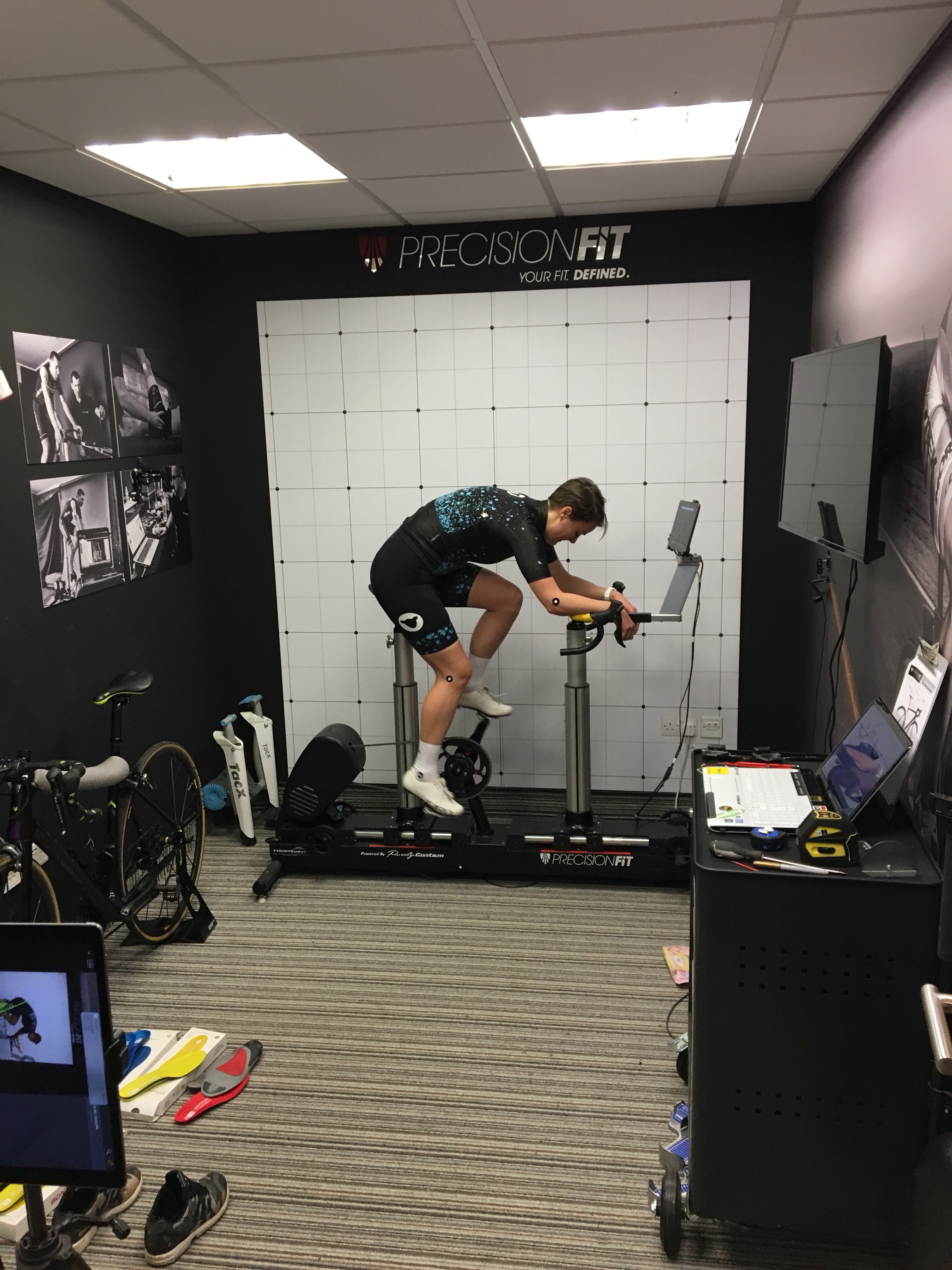 With the changes to my shoes the road bike fit on Alan the Trek was a pretty straightforward process. Again, some small saddle movements made a massive difference to my comfort. The big change with Alan was a set of smaller handlebars which took a lot of pressure on my shoulder and collarbone and improved my posture. So, the real test is the bikes on the road and after a full week of training and back to back TTs over the weekend, I was perfectly fine! I even rode the day after the TTs and had little to no discomfort. What a relief! I was so concerned it was time for searching for a new saddle and I was certainly sick of being sore during and after each ride. I thought bike fits were for new cyclists and new bikes but my day Trek really changed my mind. I’d fully recommend their help.

Massive thanks to Jon, Scott and Trek Wilmslow