During this winter I had my first go at on-road bikepacking and I really wasn’t sold by it. It could have been the rubbish weather or the lack of café stops. But really it was going a long way at a steady pace that I just found mind bendlingly boring. So, this ‘spring’ we decided to have a go at off road bikepacking partly as my other half is training for the Torino-Nice Rally and also to offer some on-bike relief to time trial training and racing for me. 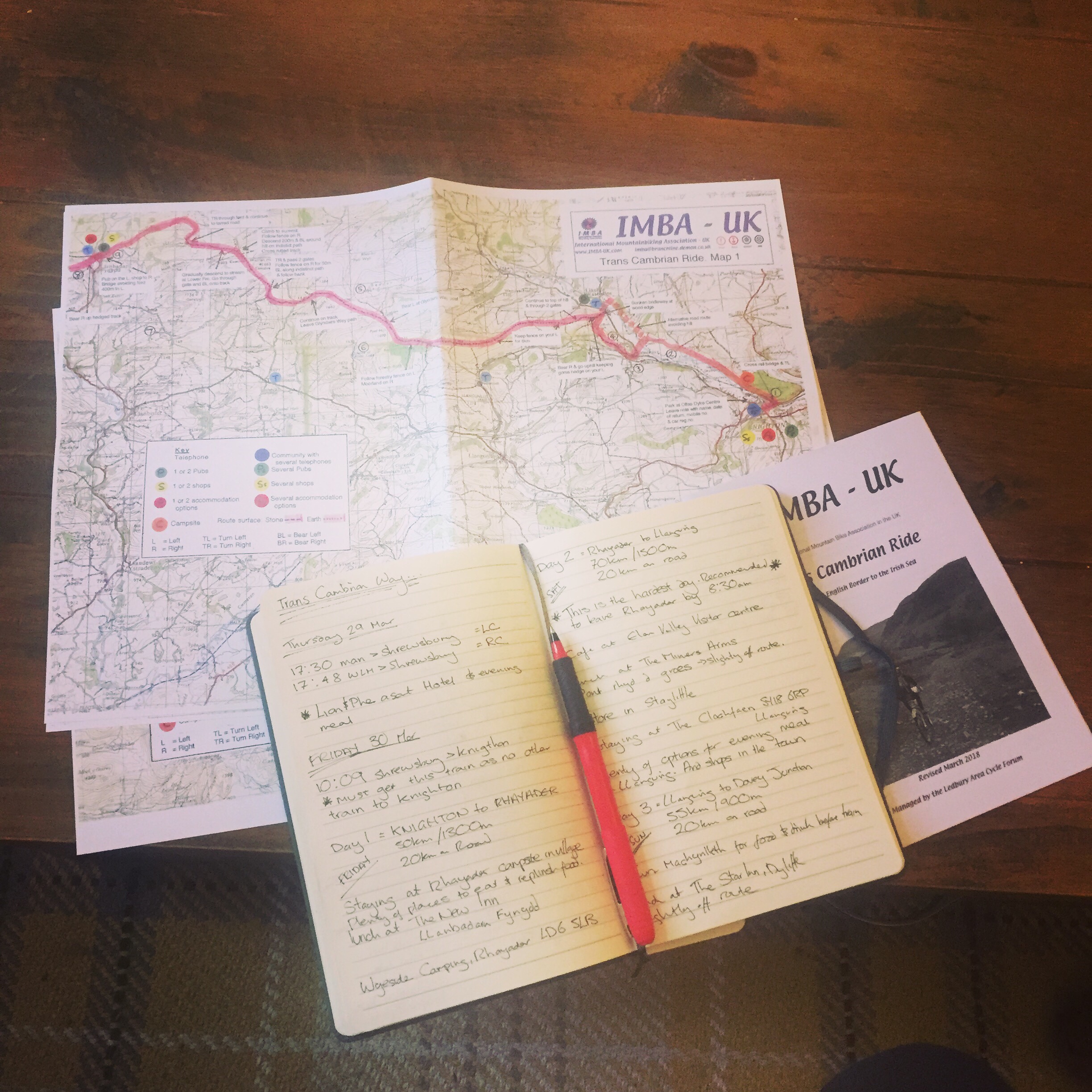 The Trans Cambrian Way seemed to fit the bill for our first adventure. Easily accessible at both ends by a train, a 3-day adventure with sensible sized days and a part of world that I’d not done any riding in. We got most of our information from bikepacking.com  (which is rapidly becoming my favourite website) and there are some great maps available with great trail notes. The map ended up being one of the most important things we took as some of the grass sections were so heavily waterlogged they weren’t passible. The map meant we could make quick decisions about which sections to cut but still see the official route on our bike computers. 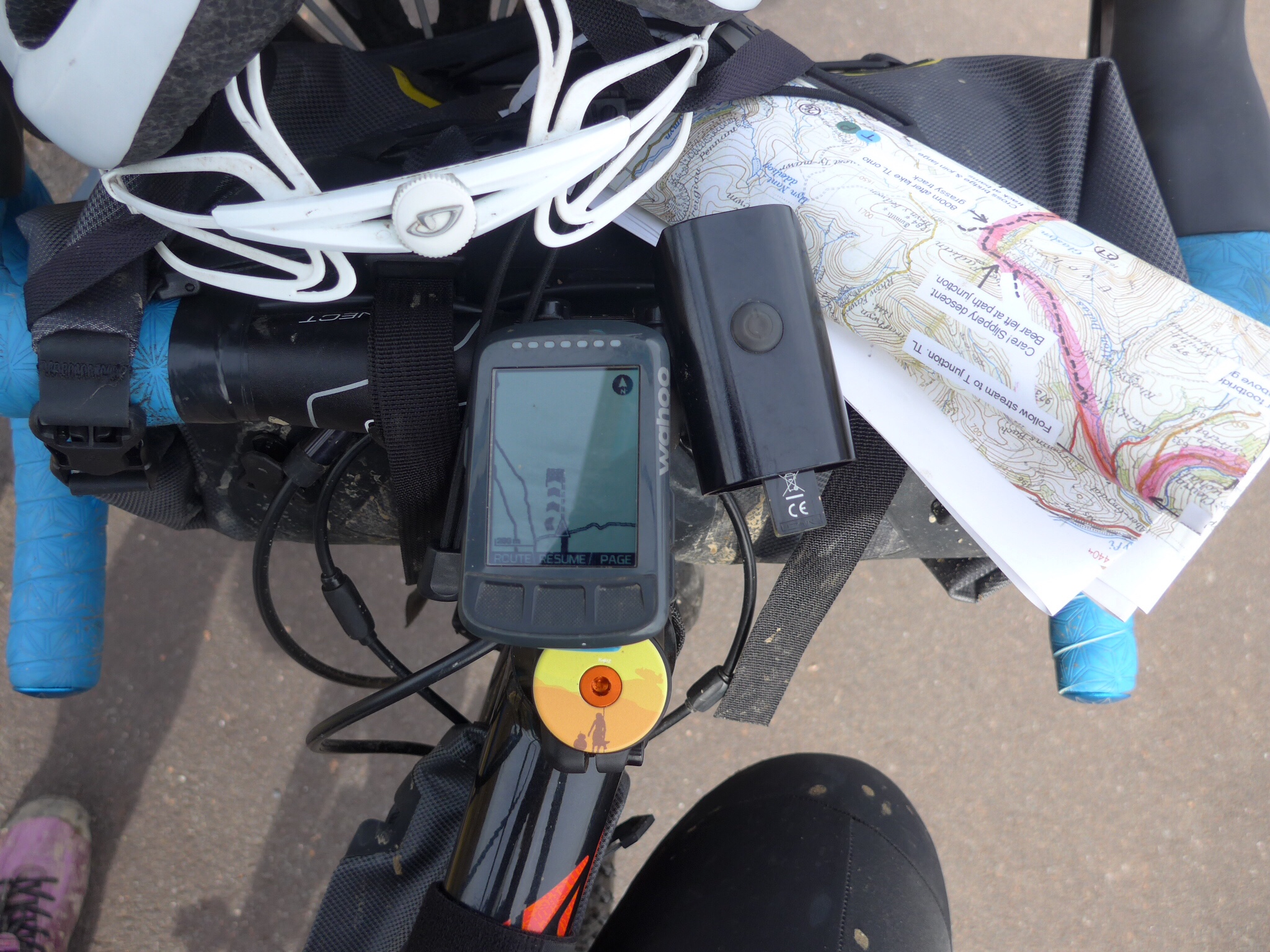 The Bikes – while I was riding my trusty Liv Brava (from Cyclocross winner to bikepacking rig!), Liam was lucky enough to try out the new Trek Checkpoint (more info here) thanks to Trek Wilmslow. Although I had added an extra gear on my CX bike, the Checkpoint was set up for grinding up hills fully loaded. 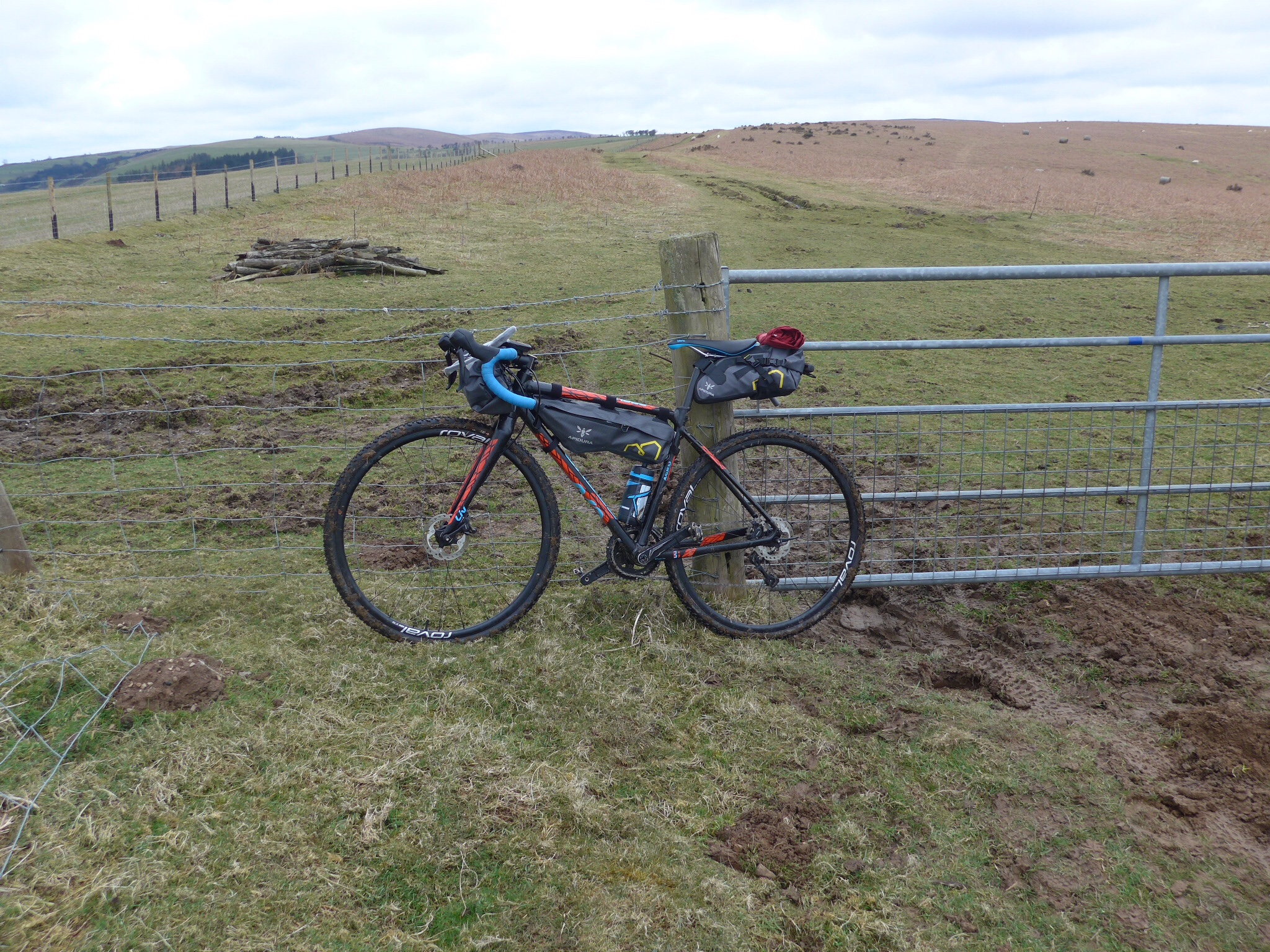 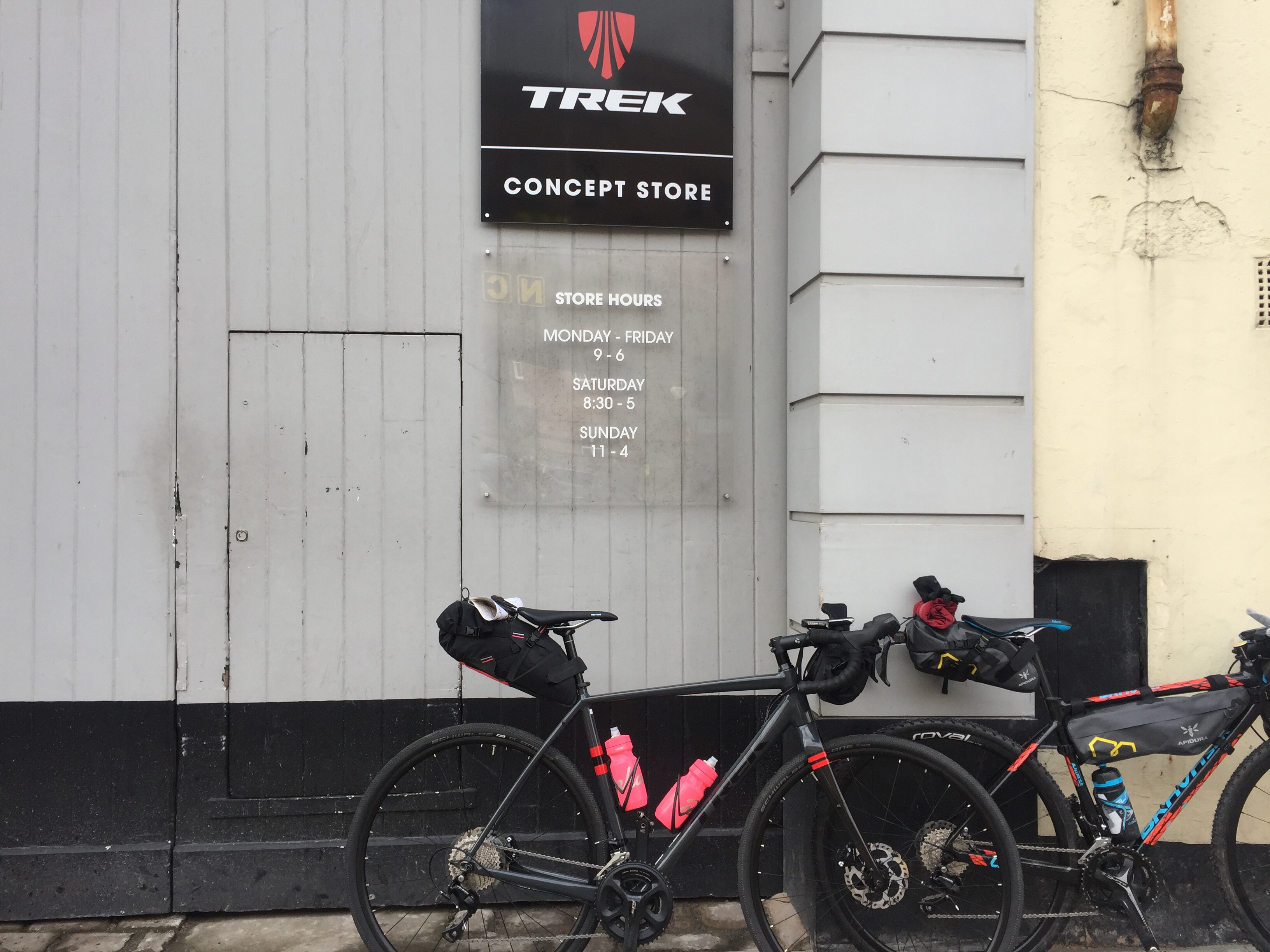 Having a small bike and small handlebars also posed a bit of a dilemma for my front bar bag and had to add a frame bag. But the frame bag turned out to be my favourite bit of kit for the whole weekend, easily accessible during a quick stop and the Apidura frame bag is so well engineered that it never moved and my legs didn’t brush on it too much.

While the route said it would be tricky for cyclocross bikes, both bikes handled the terrain impeccably. With just one descent that was unrideable. The main difference in our bikes turned out to be our tyre choice, I stuck with my tubeless Specialized made for muddy racing conditions whereas the Checkpoint came with gravel tyres. I had plenty of grip on the grassy sectors I was slower on nigh on every other terrain compared to the Trek’s all-rounder. That’s one of the things I love the most about mixed terrain no bike or setup is perfect!

The Route – The Trans Cambrian Way runs from the England/Wales border to the Irish Sea. We broke the route into three days, two short and one longer one. Riding off road is pretty slow so time and distance become weird measures!

Getting started straight off the train was a shock to the system and soon we’d left the road behind. After finding our mojo with the map’s route comments we were soon hike-a-biking up hill! It was amazing how soon we were in the wild. 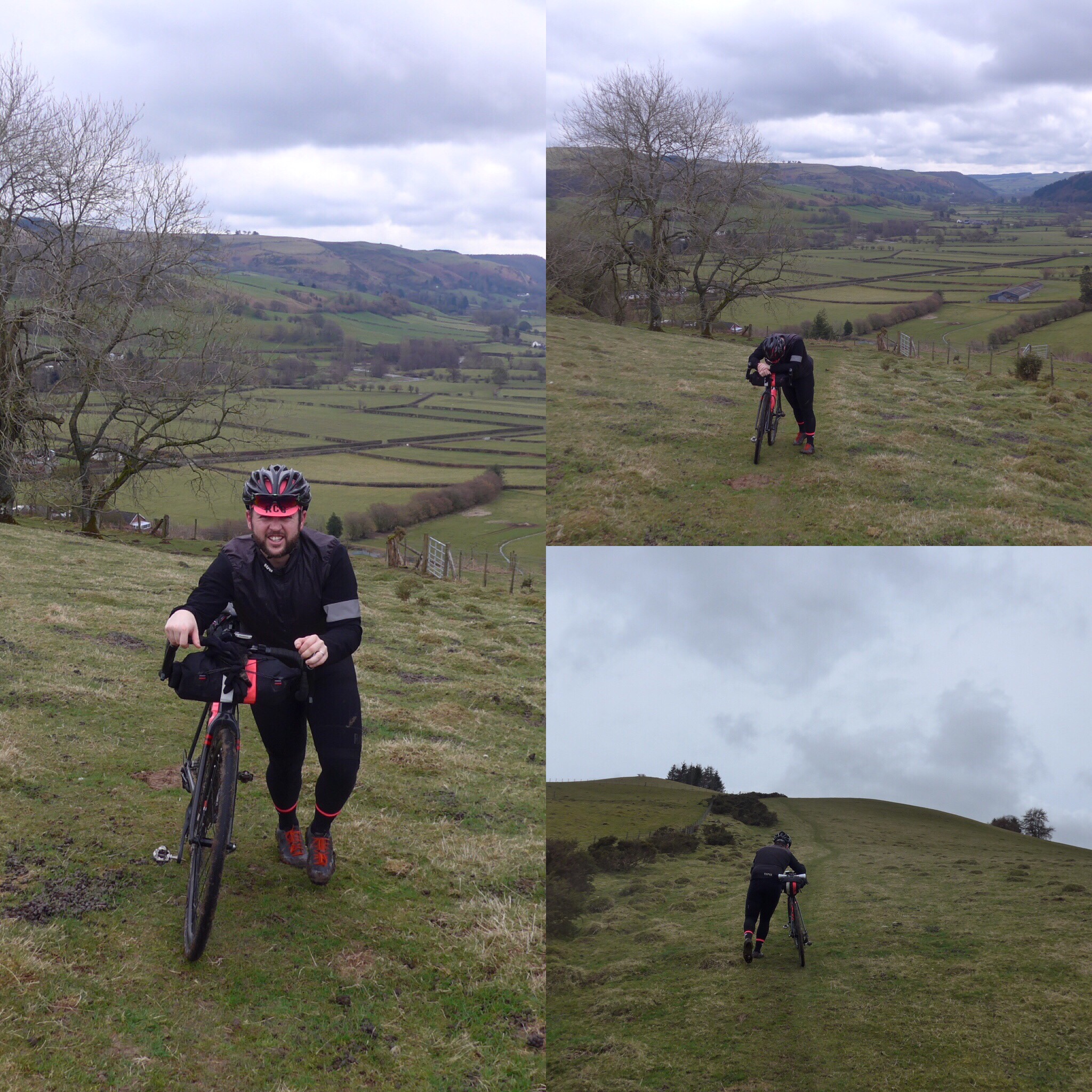 Due to the awful winter some of the grassy sections were incredibly slow going, but I could imagine in summer bashing along on the dry grass would be amazing. I’d packed my bag with plenty of Easter treats as we knew we might not have time for lunch stops. Eating hot cross buns looking at the view even in the perishing weather was a fantastic memory. 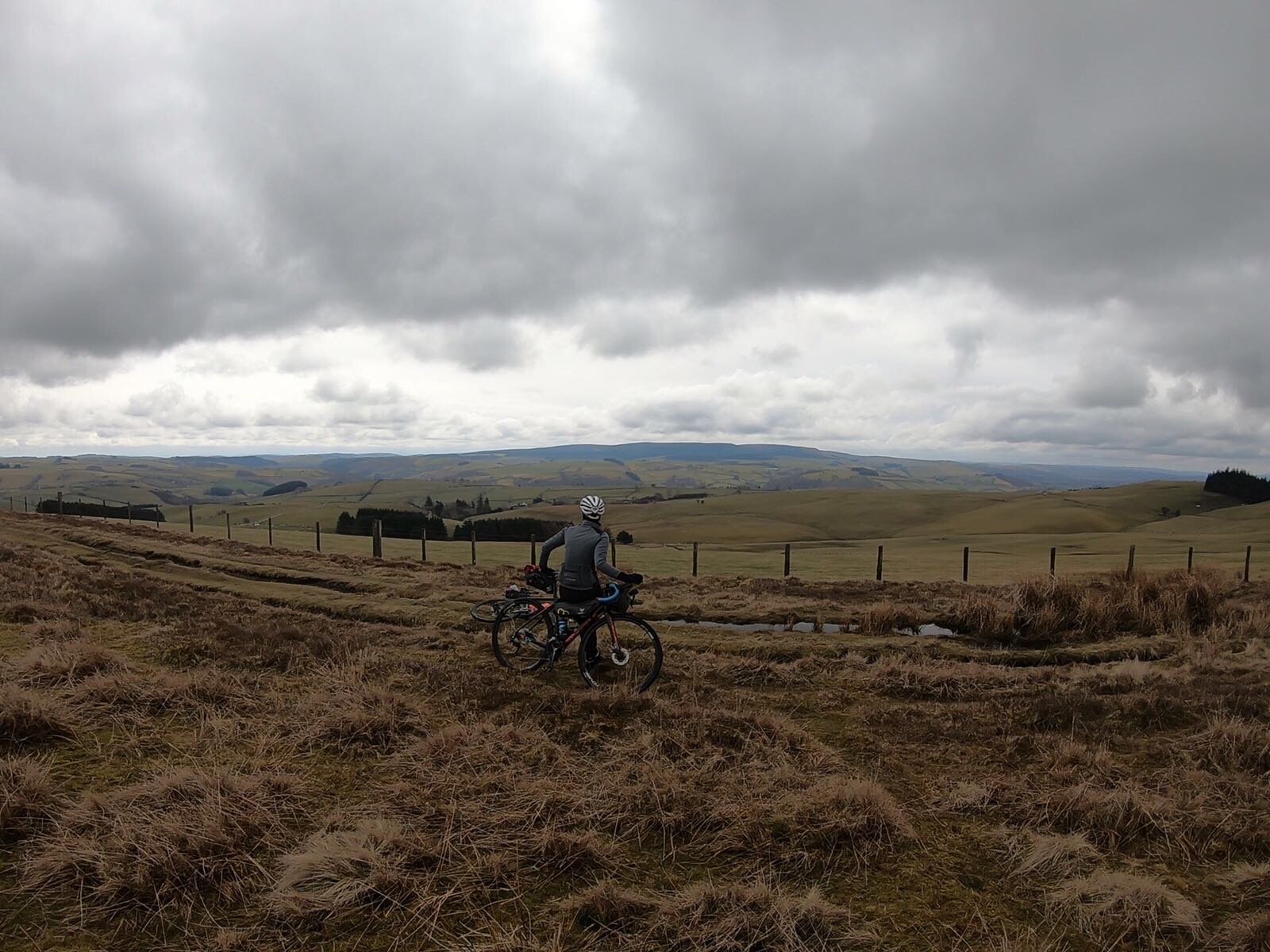 Day two was the biggest of the lot, but we’d made some decisions to cut a few off road sections off due to the weather and state of the trails after chatting with a local bike shop. This was a tough day, it was snowing in the hills and the windchill meant it felt around -4 degrees, I had so many clothes on! 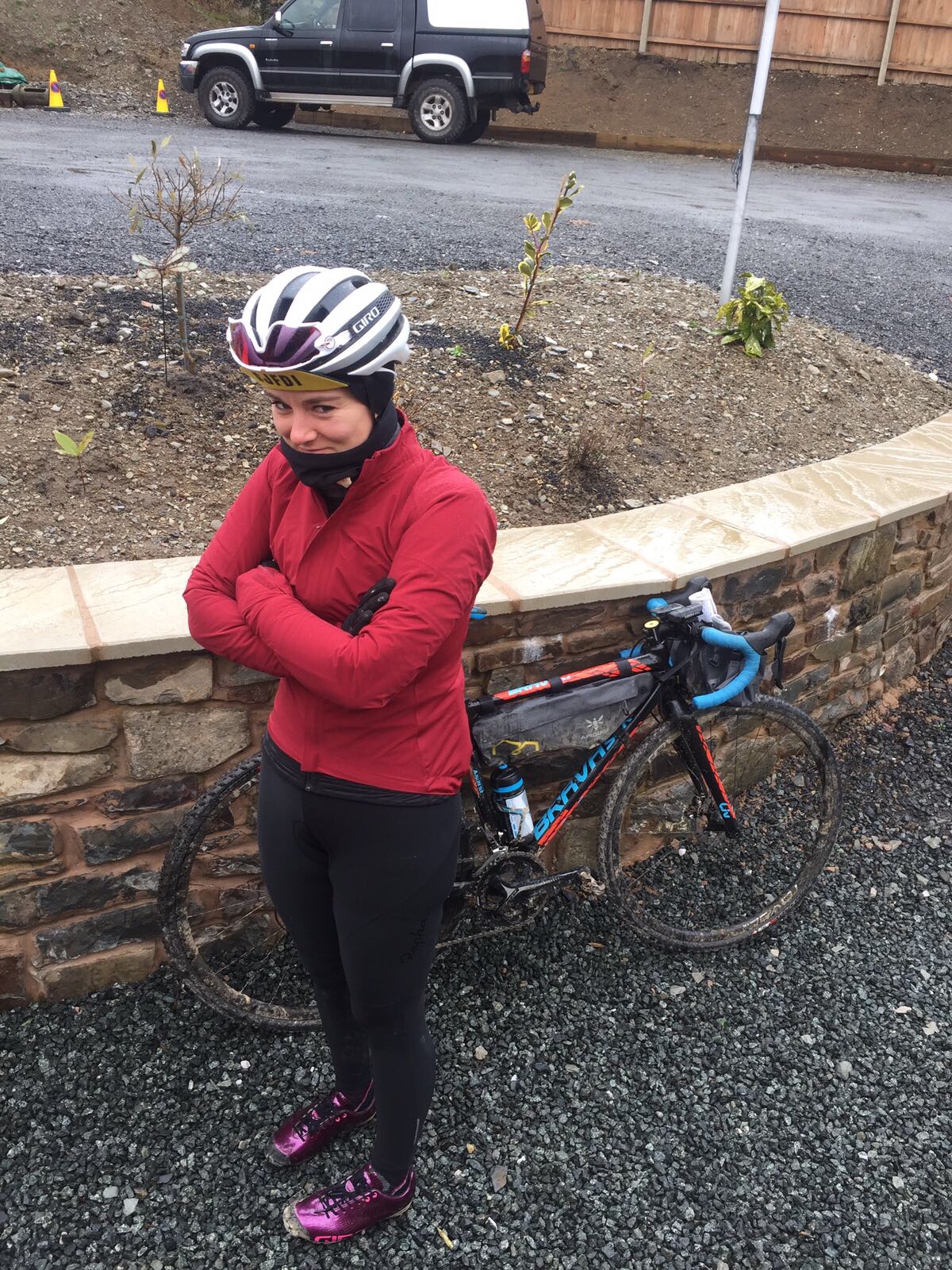 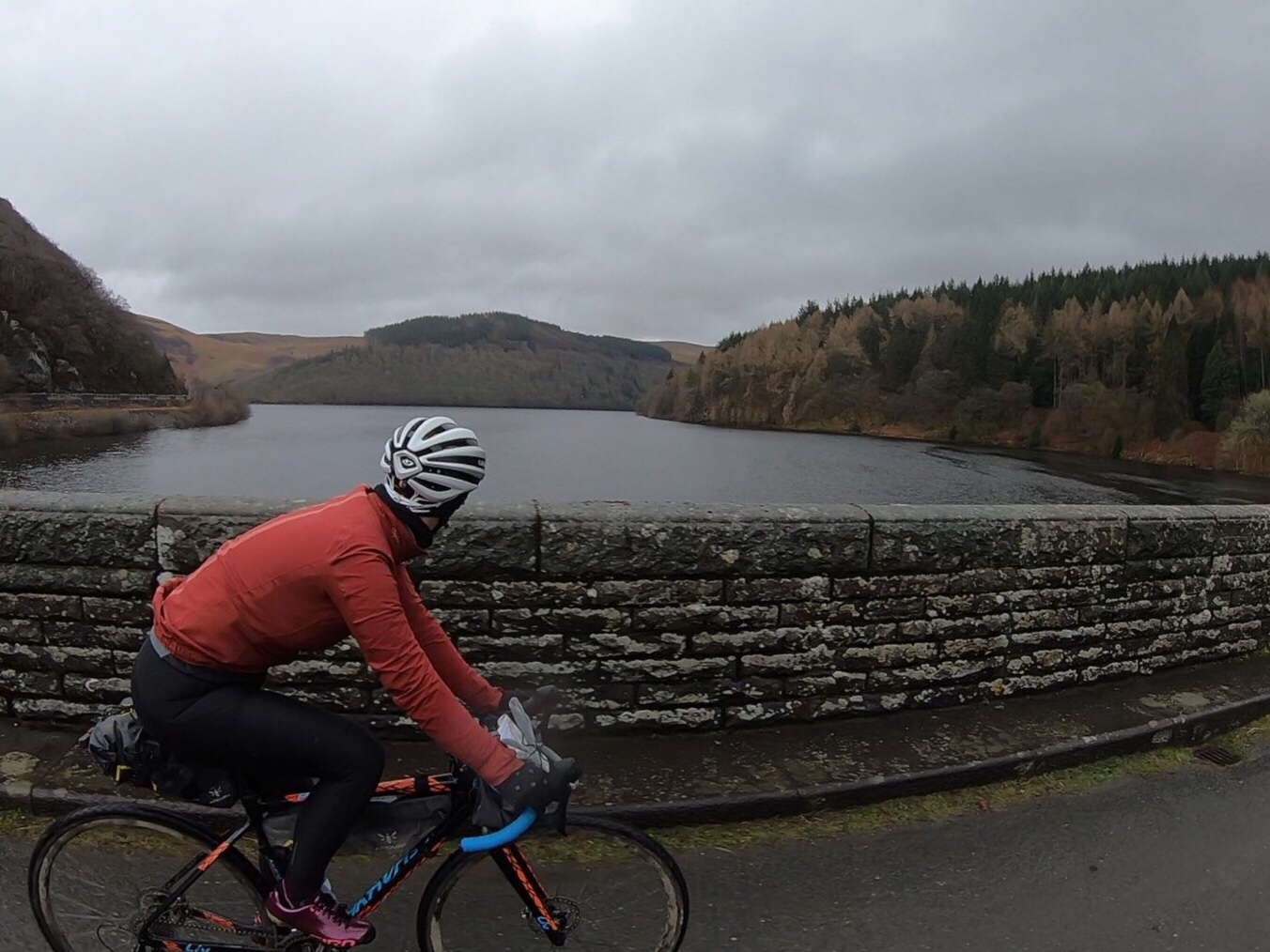 Then came the icing on the cake, a ford with no footbridge. By this point we already had pretty wet feet, but there was nothing for it but to take our shoes and socks off and wade through. 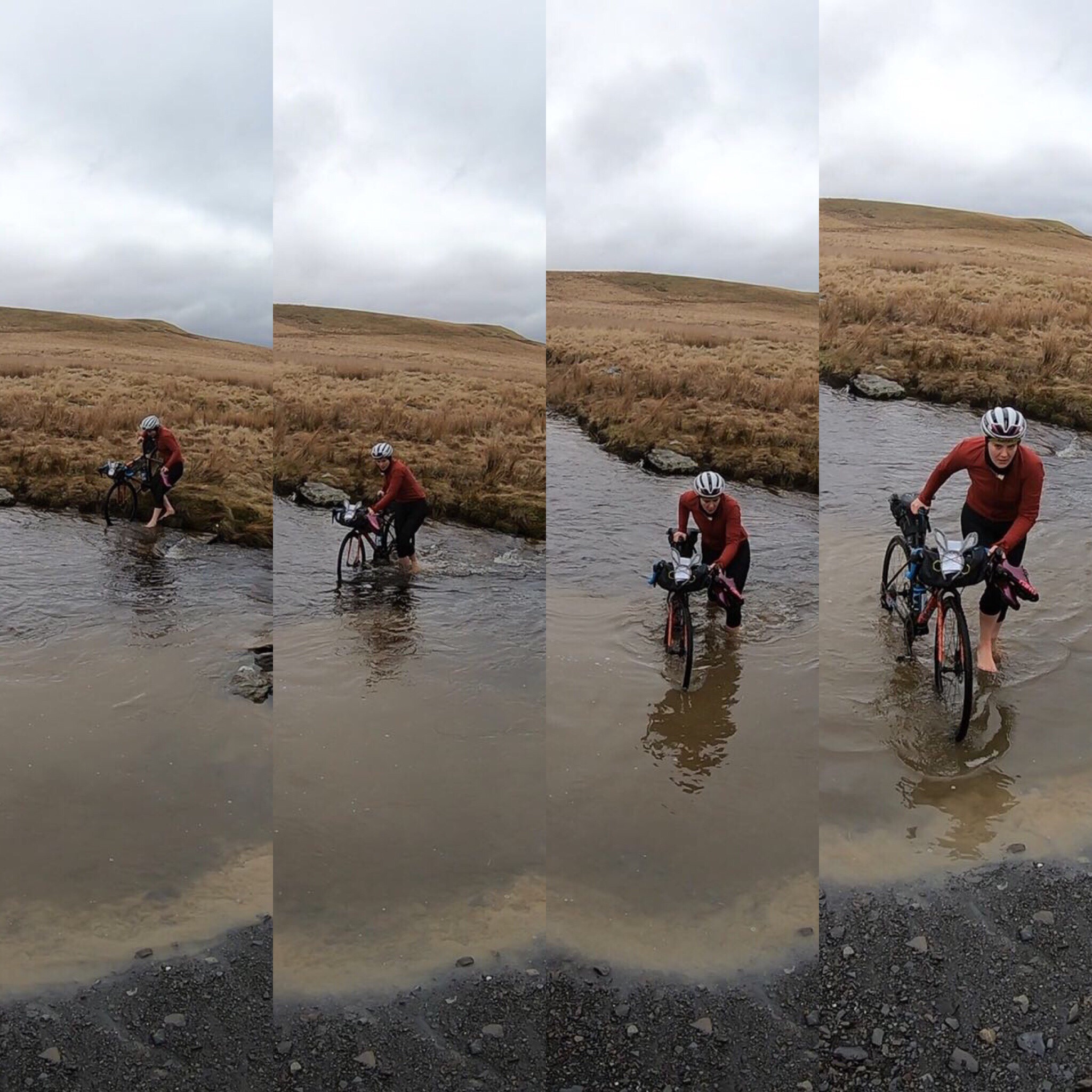 It was a quiet hour after on the bikes as we were cold and both had wet feet. We knew there was a village coming up and were soon in a warm local café with a big pot of tea and dry socks on.

While the scenery never disappointed the climbing both on and off road was relentless especially fully loaded. The last climb of the day was a real stinker and would have been a challenge on a road bike! 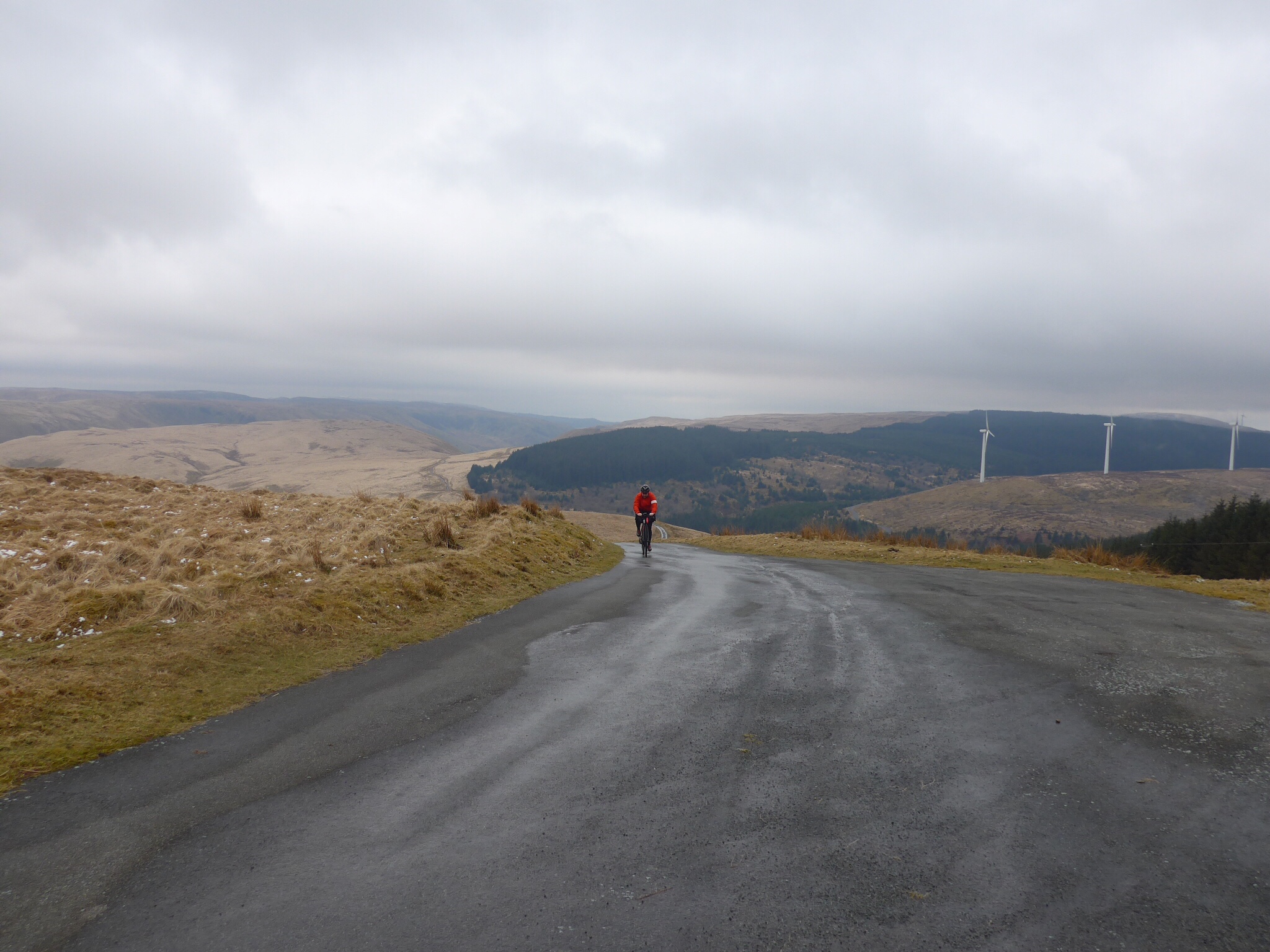 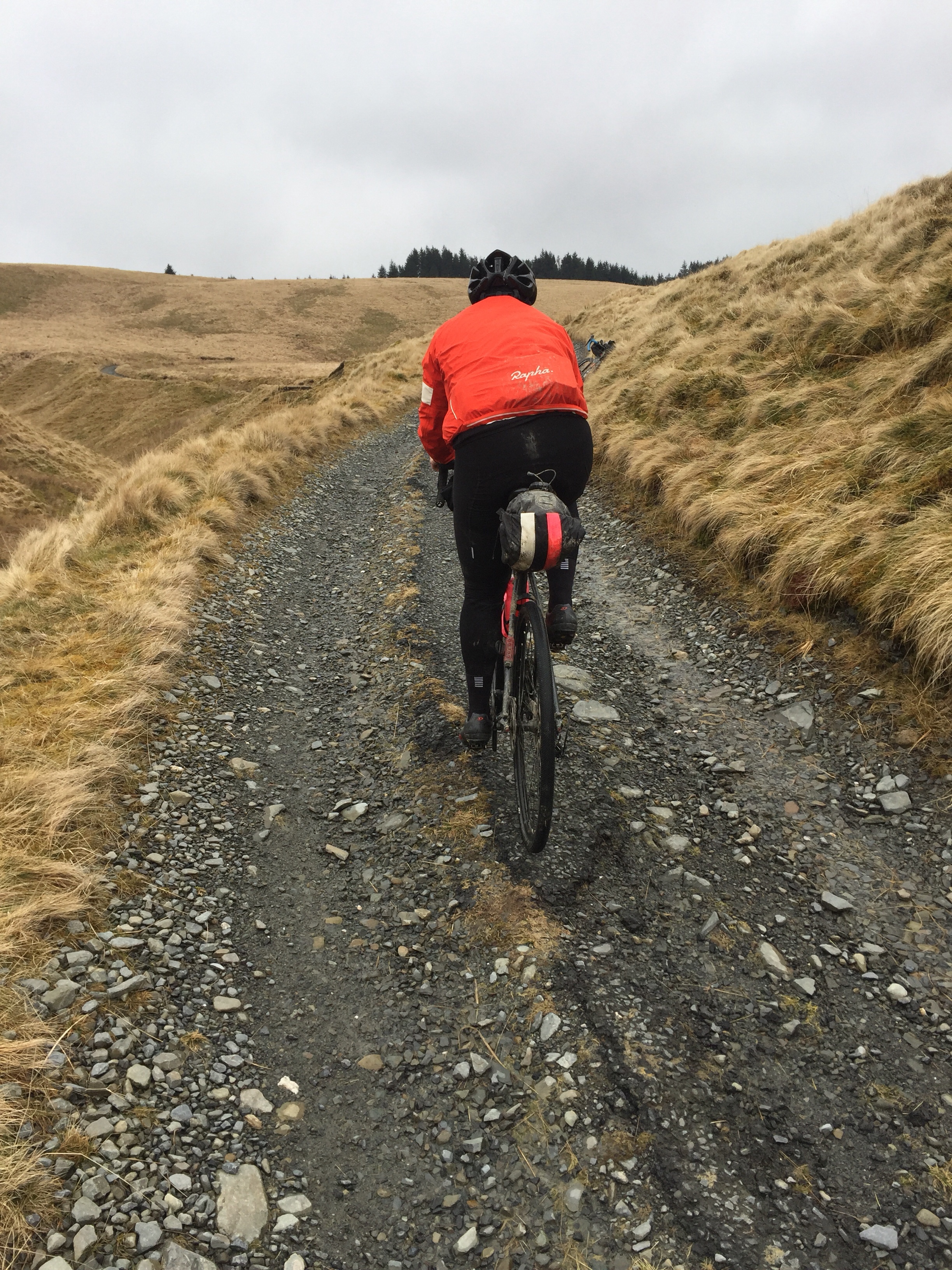 But it meant that it was all downhill to that evening’s hotel. We had planned on camping each night, but the weather was just too cold and wet for that. And that was such a good decision. Being able to dry out shoes and kit in the hotel made it manageable for the next day.

I think day three may have been my favourite, the scenery was constantly changing, from the forest to open hillside and finally the Dovey Estuary. Going through the forests was such a good memory. 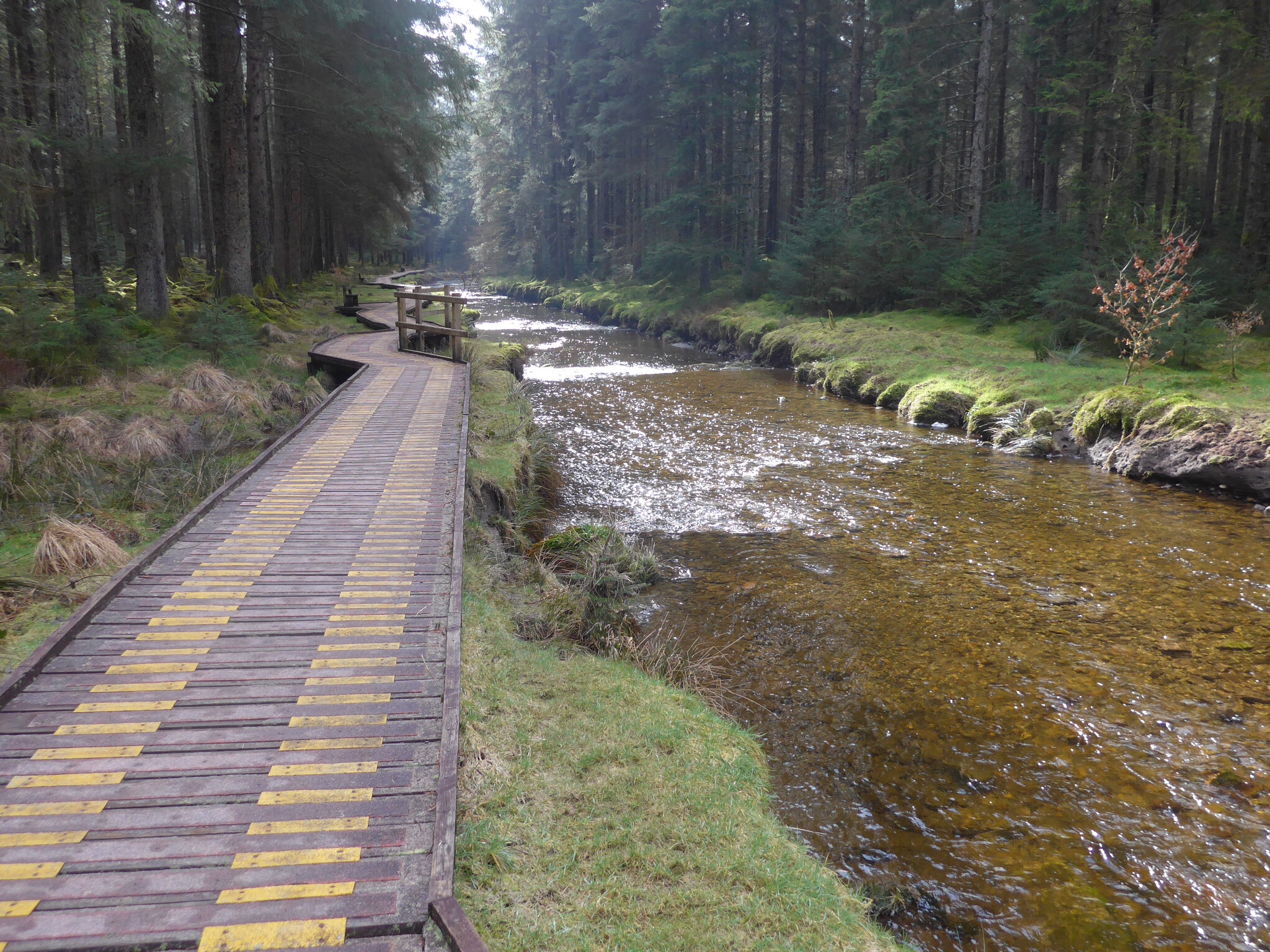 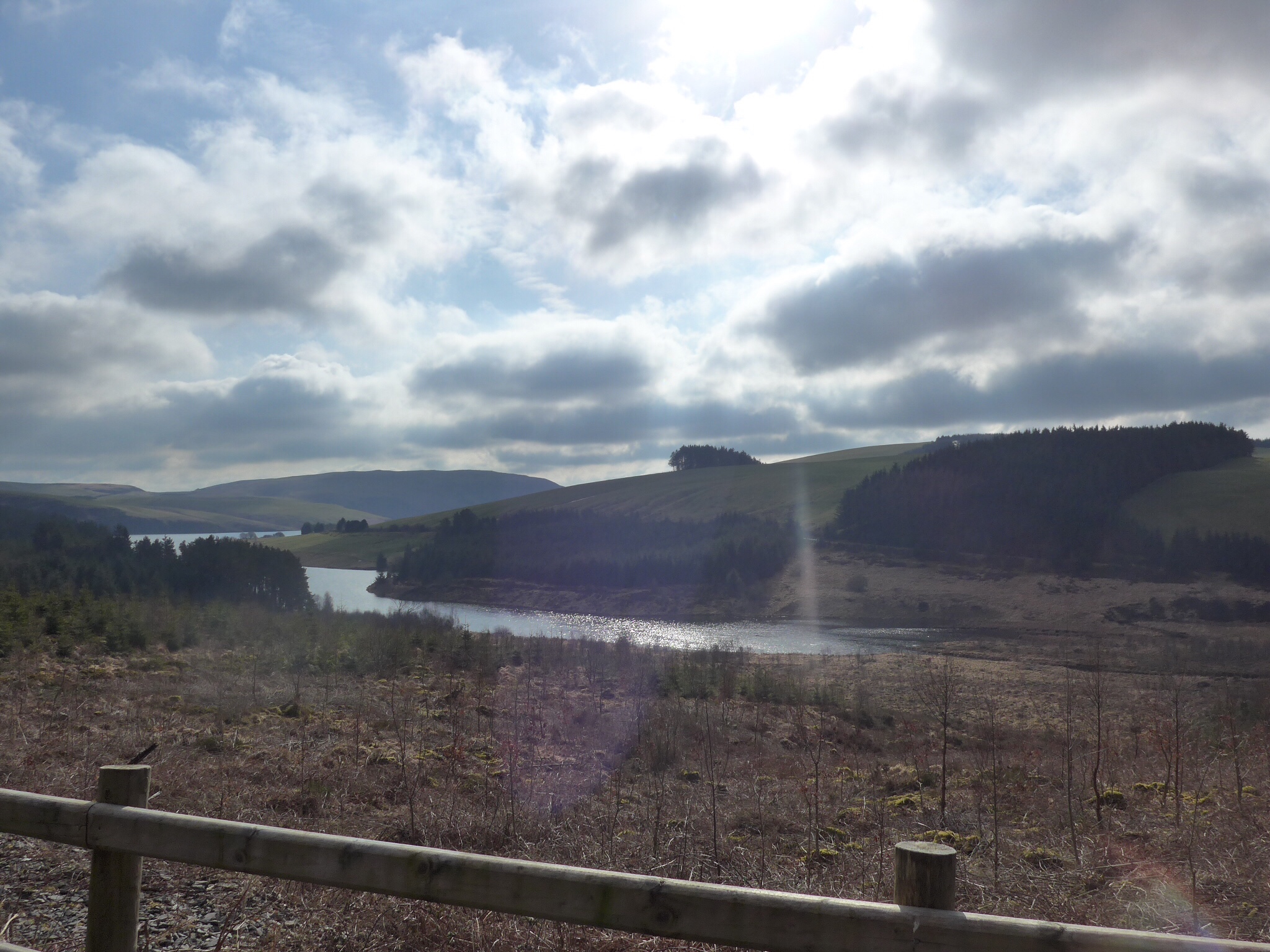 This day packed quite punch for a shorter day and knowing that it would end at the sea we were constantly surrounded by more climbs! Again, we didn’t have a stop and the Simnel cake I had packed was rocket fuel; however, the mini eggs had run out by this point! The sun came out briefly for our last day and we even saw other people for the first time in the long weekend. Day three saw a first for me, a descent that made my other half walk! It was steep with loose slate and our cross bikes found their limit for the first time on the trip. 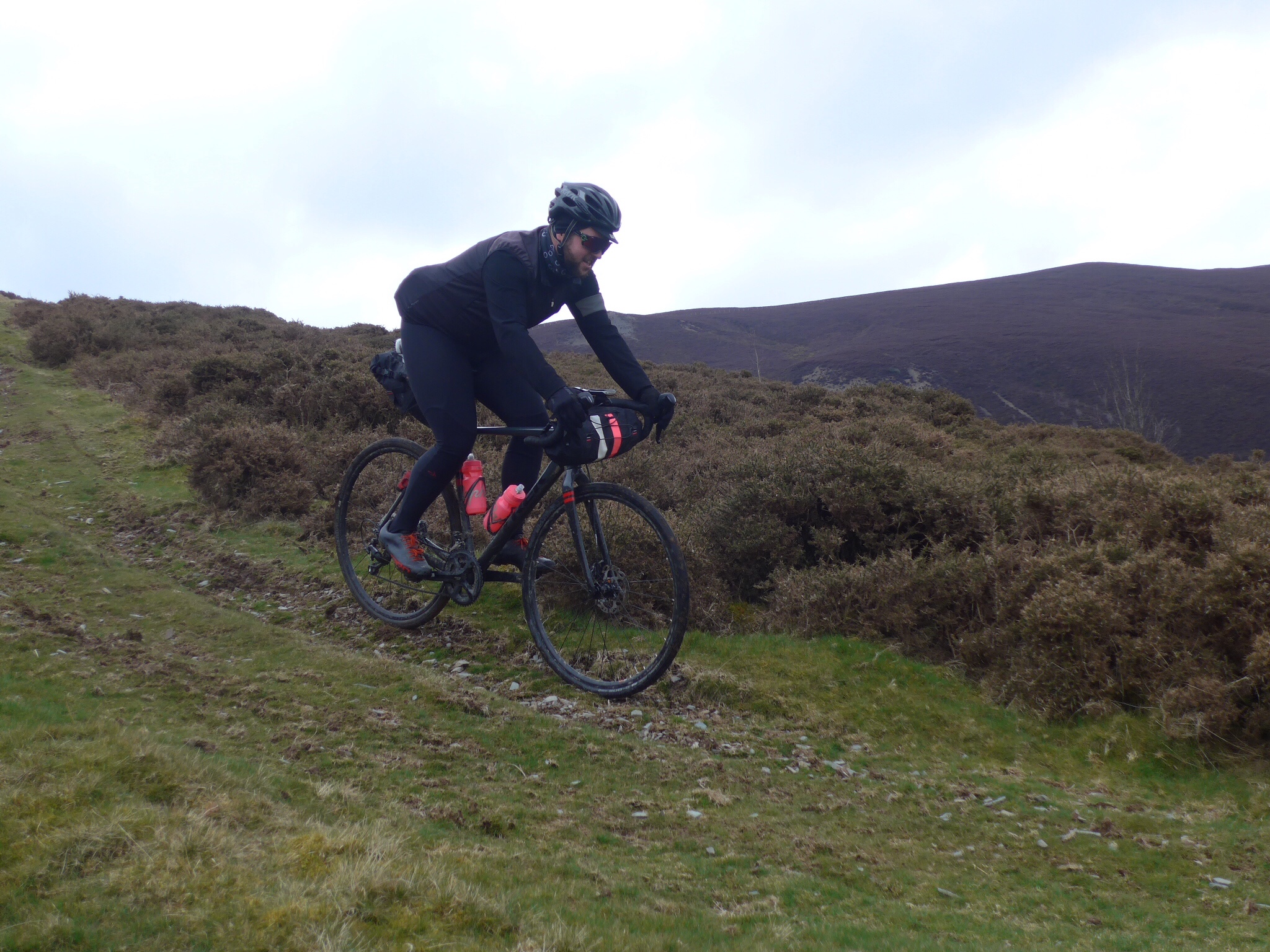 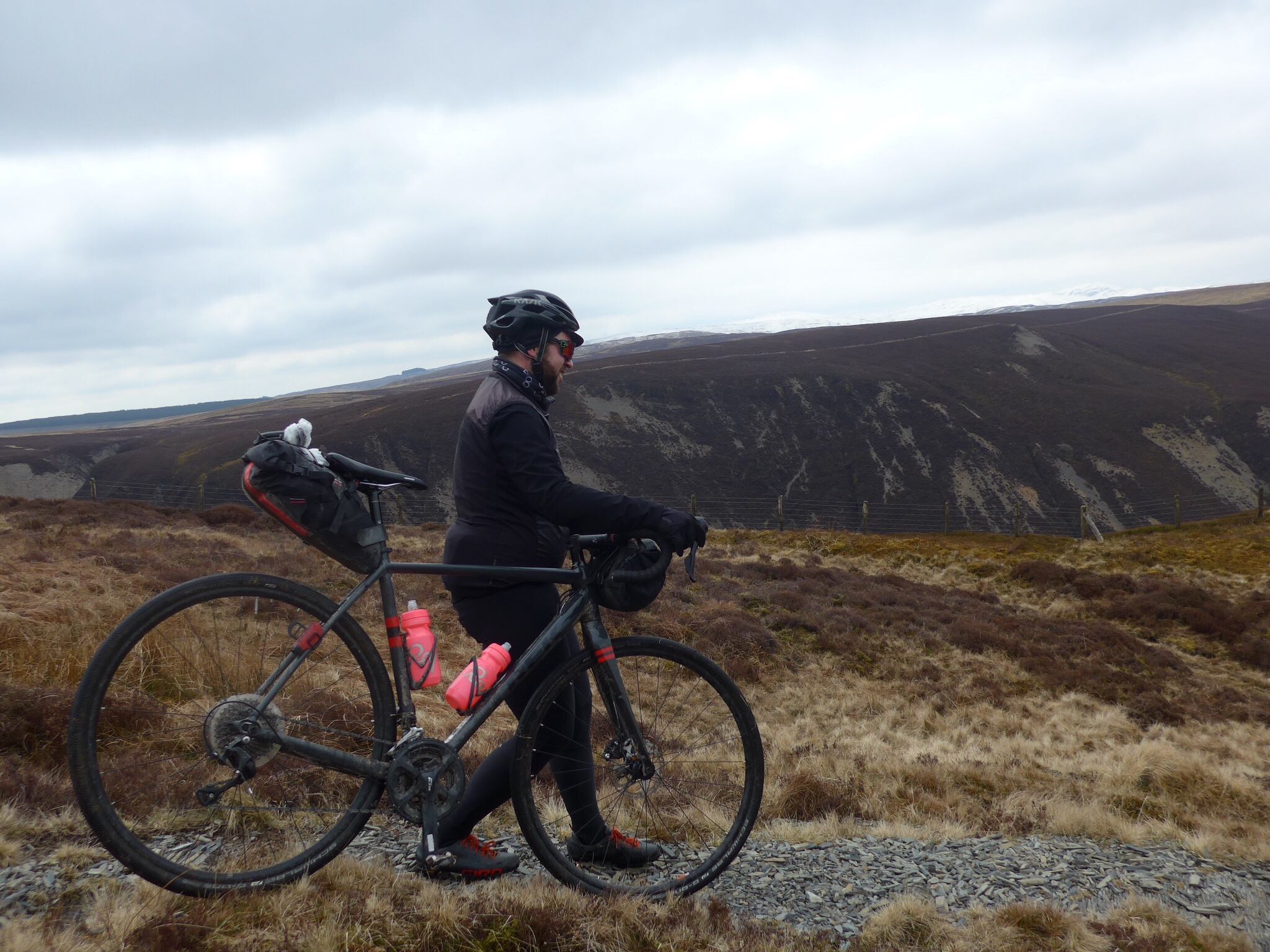 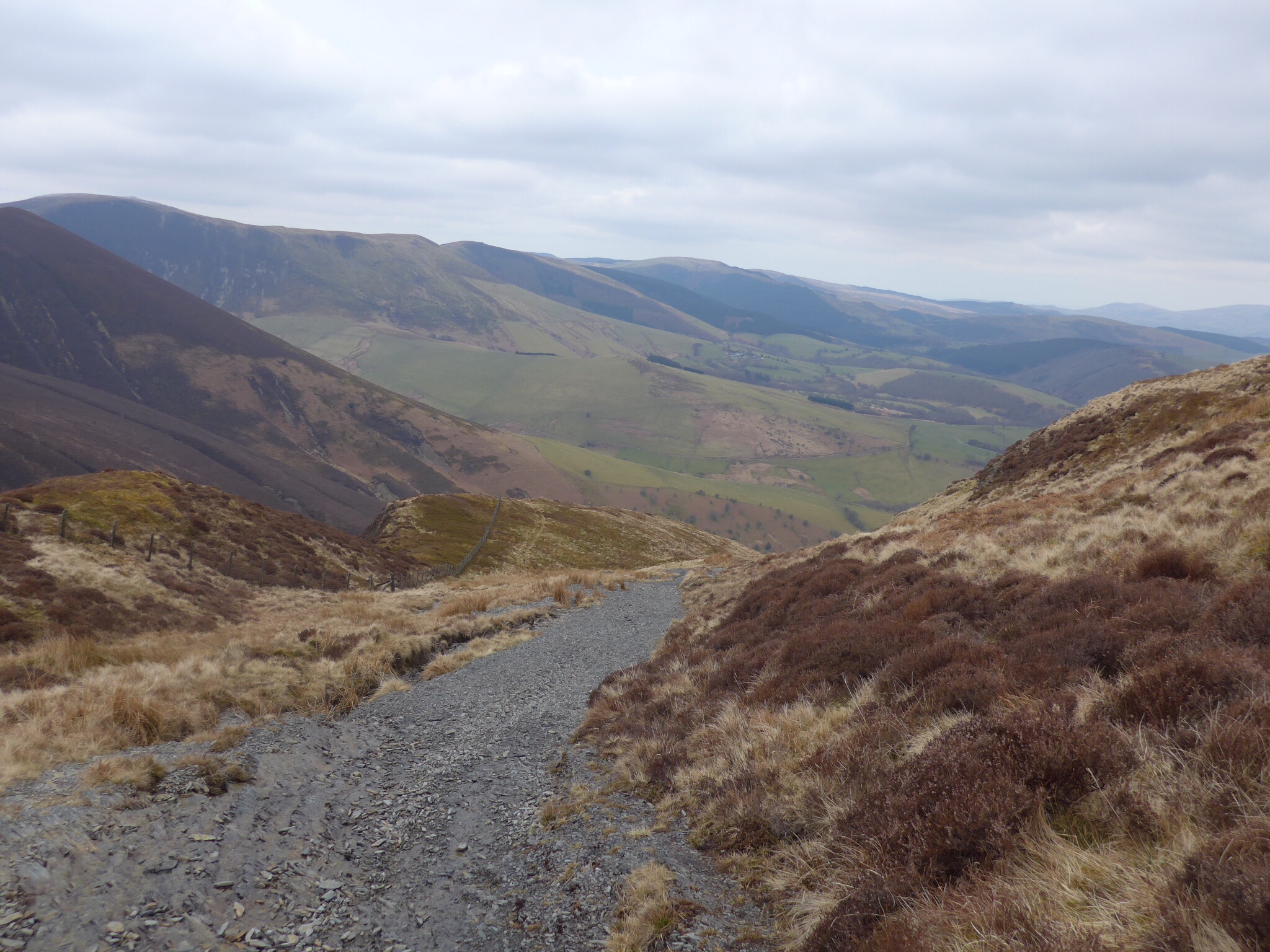 After three days with just each other for company and not even seeing anyone on the trails, the train was a shock to the system! After a solid train picnic of sandwiches and beer we were settled for the trip home. 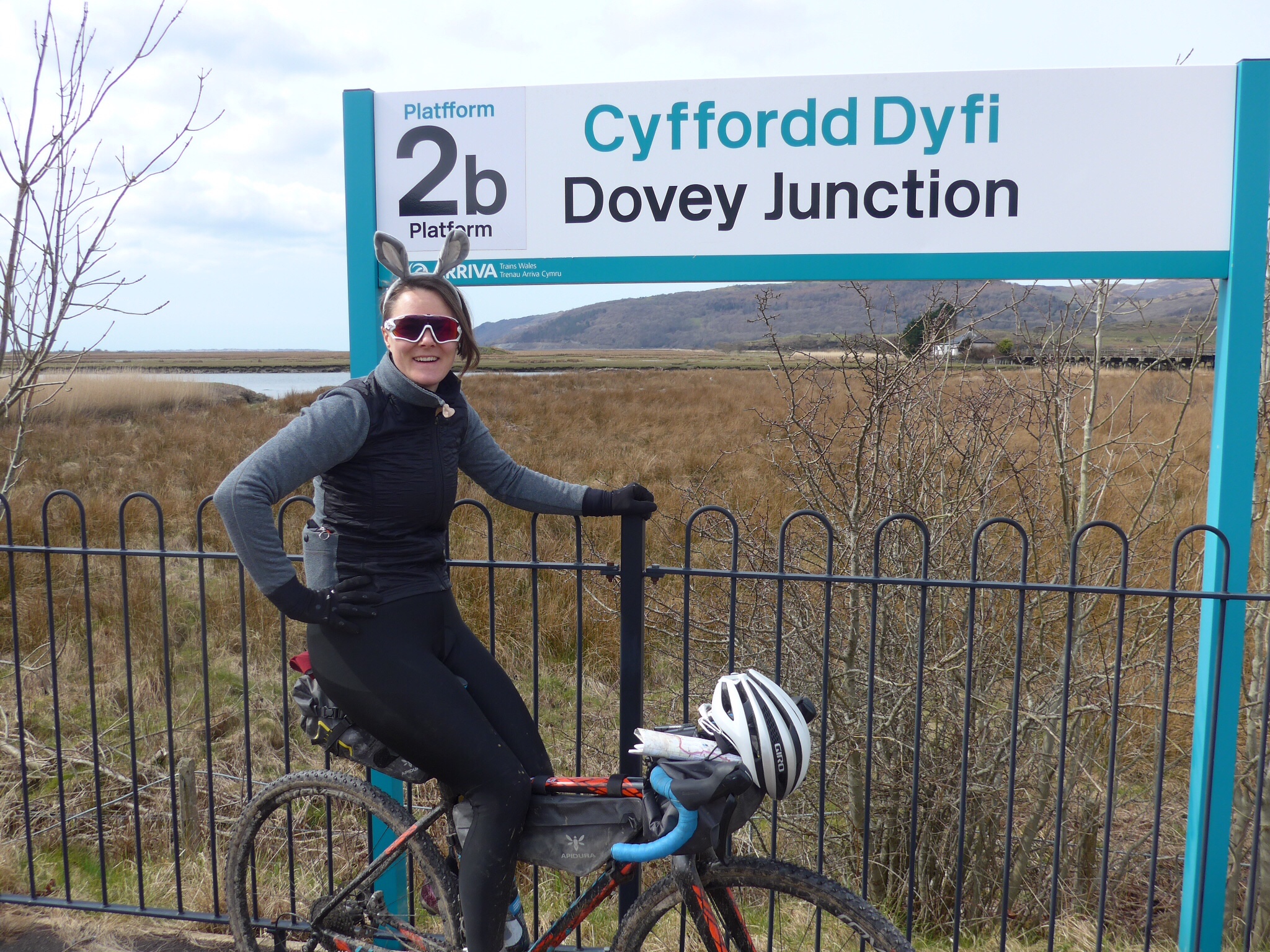 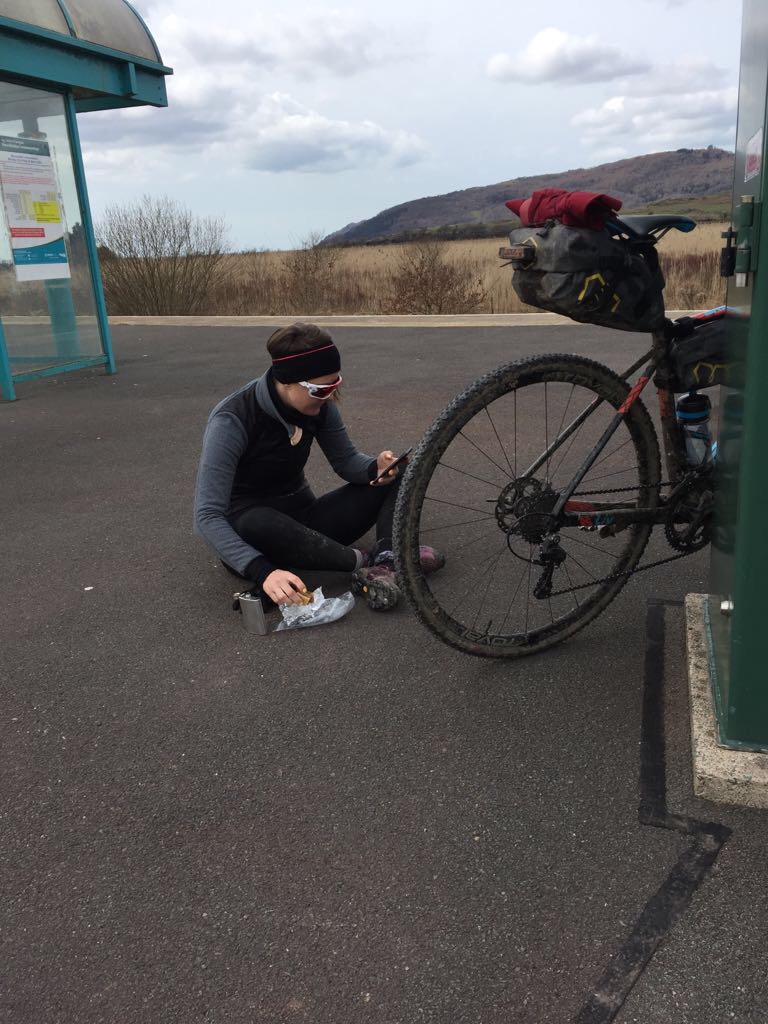 The Details – more information and the official route can be found here or my strava for our unofficial route: strava.com/athletes/rconnerney

The Verdict – Would I do this again? YES absolutely! I loved being out in the wild, seeing places that are normally not accessible by bike on the road. The weather may not have been ideal and at some points downright marginal but it meant we got to enjoy some amazing tourist hot spots totally alone! The wildlife was absolutely incredible and we were lucky enough to see some amazing animals along the way. By staying in hotels, it made this route an accessible first toe-dip into the world of bikepacking. In June we’re planning to do The Capital Trail, a route around Edinburgh. This time we’ll camp as hopefully it won’t be 1 degree at night!

I love racing and I love riding my bike, and off road bikepacking offers a great antidote to time trial training and racing.