After an exciting winter with getting a taste for cyclocross and finally purchasing a lovely time trial bike, I was ready to put the big plans of BAR and SpoCo series into action! But life is never that straight forward.

The Lancs & Lakes SpoCo series came around rapidly, with TTs held in some really marginal weather! I instantly found it hard to get into the swing of TTs again, but after going back to basics and setting process goals each week things started to pick up and I started to see some good results, including a win. But behind the scenes I found the training difficult and isolating. After a winter of cyclocross where I’d had to focus on improving technique and skills, sitting on the turbo and just trying to hit the numbers became a battle. I’m prone to beating myself up even on the best day, and watching power numbers that sometimes I could or could not hit, became difficult for me. Ultimately it comes down to motivation, and it became clear that I was more motivated to nail CX technique than be able to keep up a consistent improvement in power. 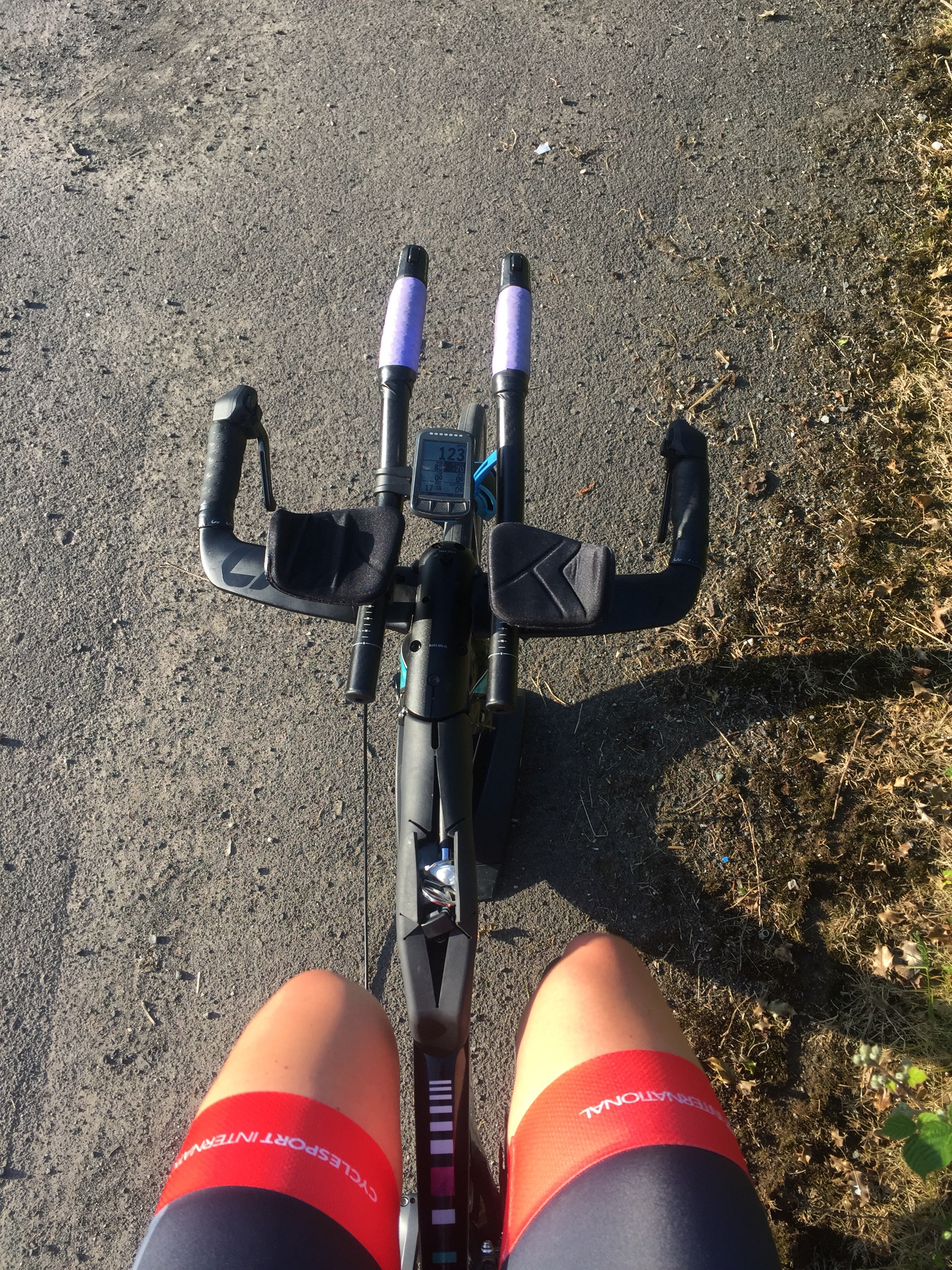 Alongside the SpoCo series I had big aims of having a good go at the BAR award. Whilst the hilly TTs didn’t cause me too much saddle soreness, flat TTs became downright agony. Not that I noticed during the time, it was only once I got off the bike I would realise the damage I had caused, resulting in taking days off the bike and even going commando everywhere! The great guys at Trek Wilmslow couldn’t have been more helpful and went through their entire saddle library to no avail. I even spoke to the guys at Fabric about how to fill a channel in the one saddle that was manageable but still causing issues. We did actually make a prototype saddle, filling the gap with yoga mat and gaffer tape! But by then it was too late and I become afraid to actually get on the bike. 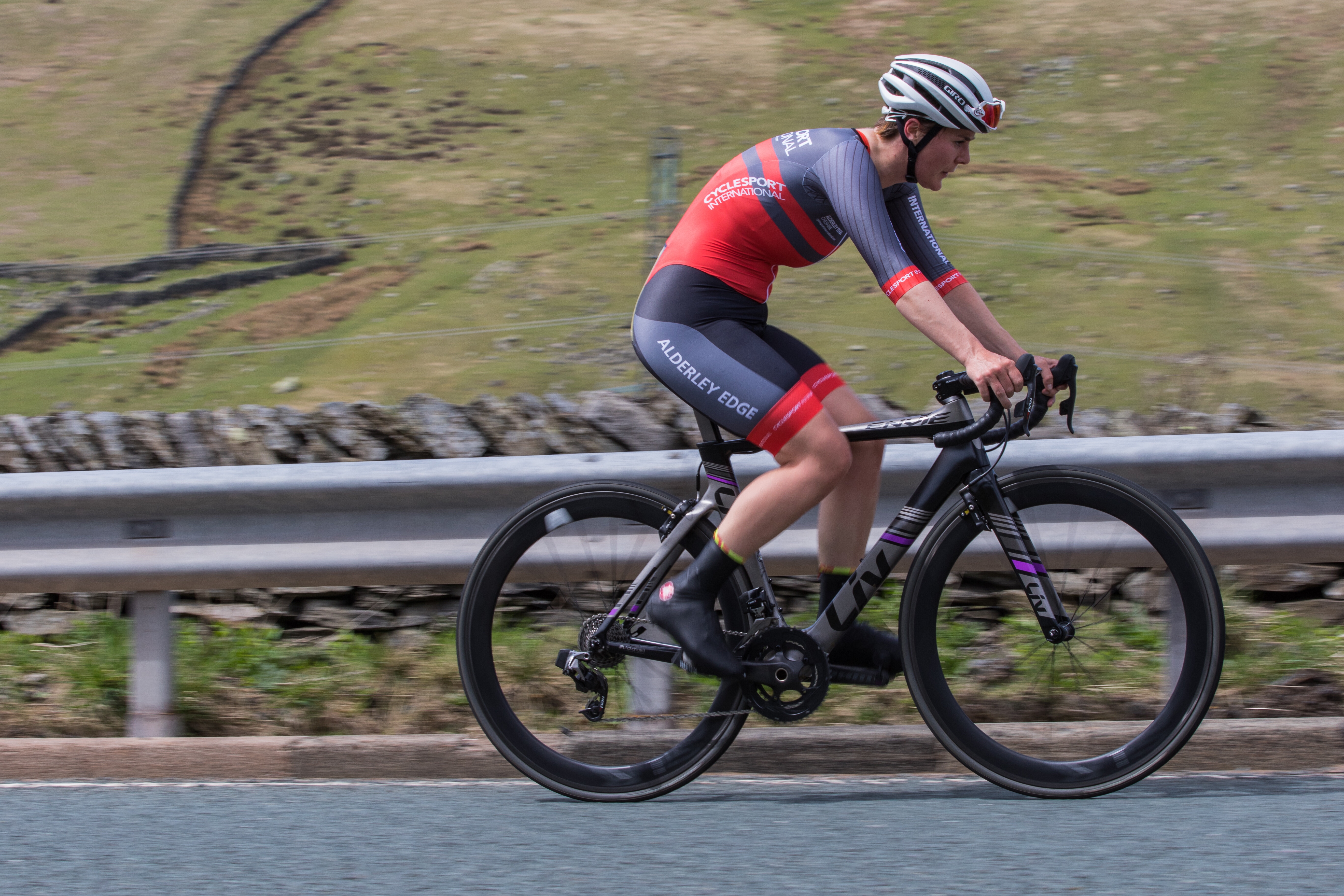 Things came to a head at the Tour of Cambridge TT, a few weeks before the training and racing had almost broken me, incredibly saddle sore, losing weight rapidly, not able to hit the power I should have been more than capable of, resulted in a distinctly average performance. I can’t blame all of this just on the saddle, after years of continual dieting I was suddenly struggling to keep the weight on. The TT training was short but intensive, so I felt I didn’t need to eat any more than the minimum (1,200-1,400 calories). Writing this now, I can see how stupid this was, but a lot of the time I still feel like the overweight girl I was, not the athlete I have become. A friend of mine is an athlete nutritionist and gave me some help getting my diet back on track and appropriate for the amount of training I’m trying to get through.

It was all too late, once Tour of Cambridge had gone badly, I packed the cross bike and went camping, but even that was difficult with how sore I was, alternating large periods of riding out the saddle and feeling relieved when a long hike-a-bike section came. I won’t forget the look on my husband’s face while I stood on the top of a Scottish hill crying with pain as I put chamois cream on raw skin, in a vain attempt to carry on. Our trip was cut short due to a massive storm, I think my undercarriage was secretly relieved. 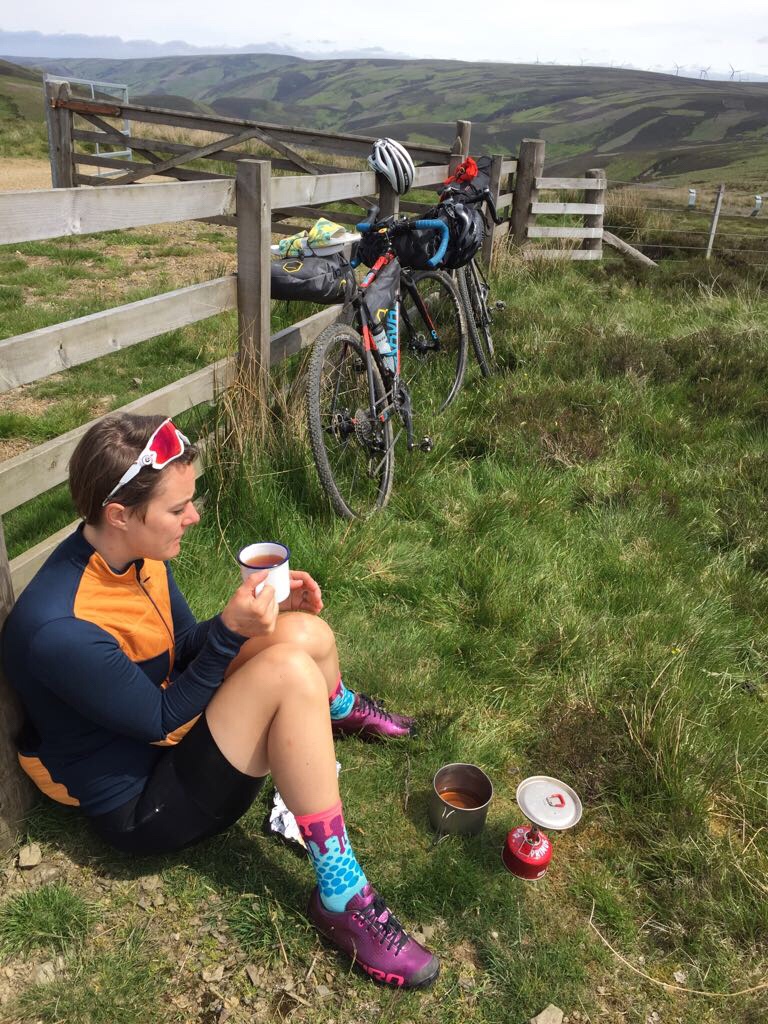 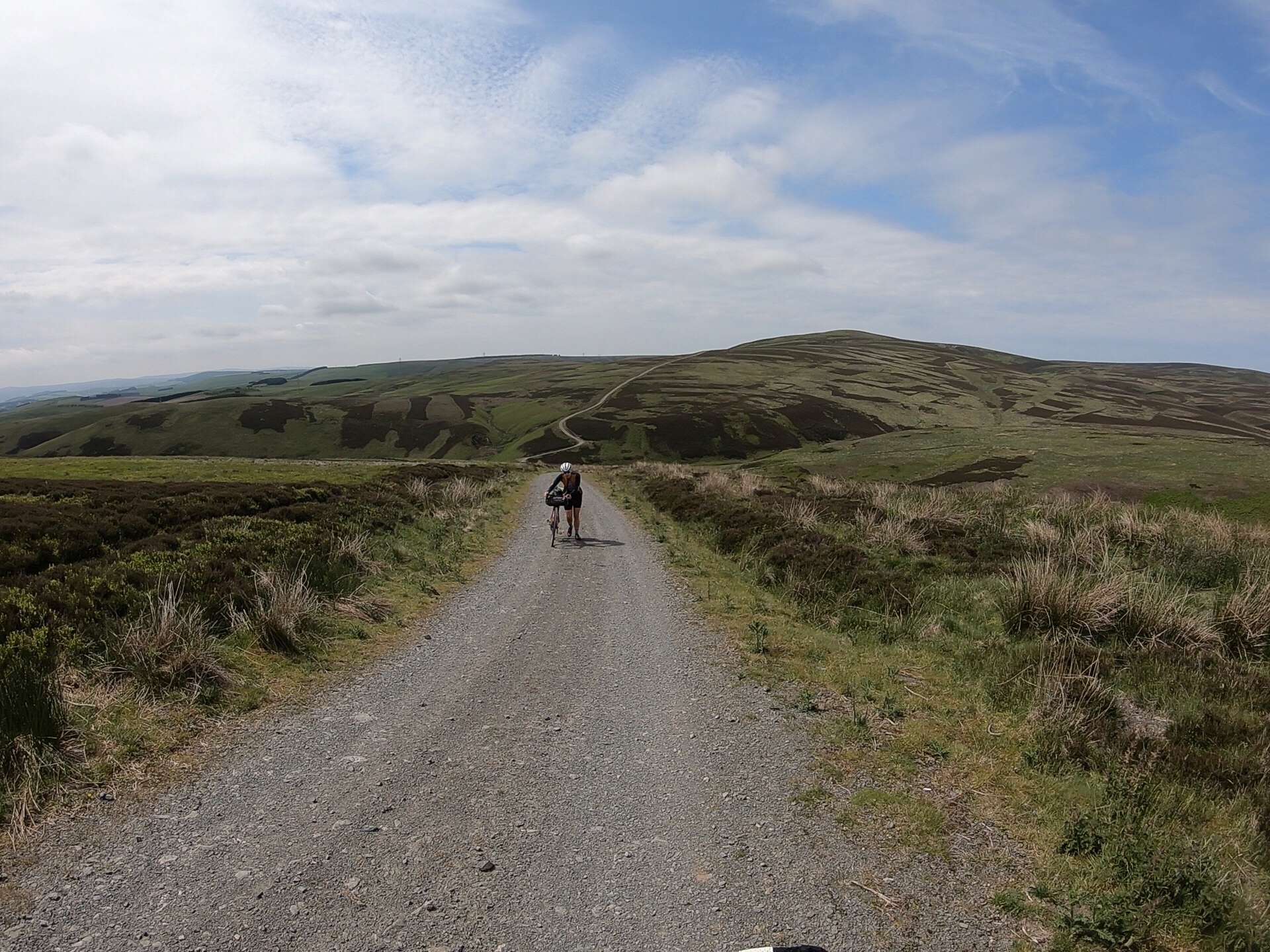 After a few weeks off the TT bike, I was on the way to healing, eating more and generally feeling more like myself. I was shocked how much better I felt once I’d healed I didn’t realise the pain I’d been putting up with for the sake of going as fast as I could. The result of this is that the TT bike got put away and I’d run out of energy and want to deal with the situation, and I think I’ve actually become a bit ‘afraid’ of getting back on the bike.

I don’t like leaving things on a bad note, and I’ve taken a lot from this year, even though it’s been disappointing, I’ve had some great results from a 10m TT win to coming second overall at the Lancs & Lakes SpoCo series and numerous placings. Having the summer free of TTs has opened a lot of other doors, including gravel stage races and a foray into XC MTB, which to no great surprise I loved and I’m looking forward where that will take me next year. 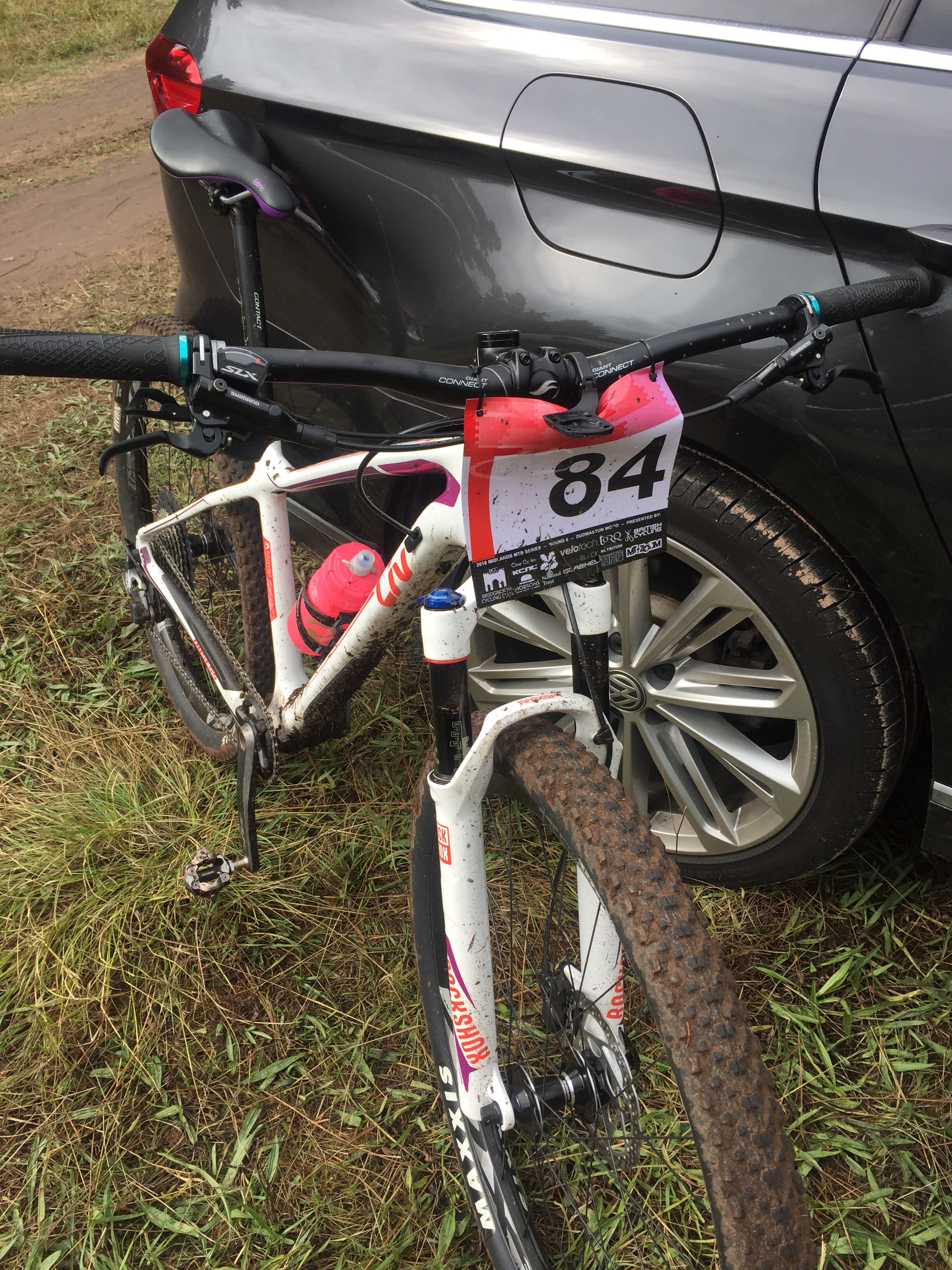 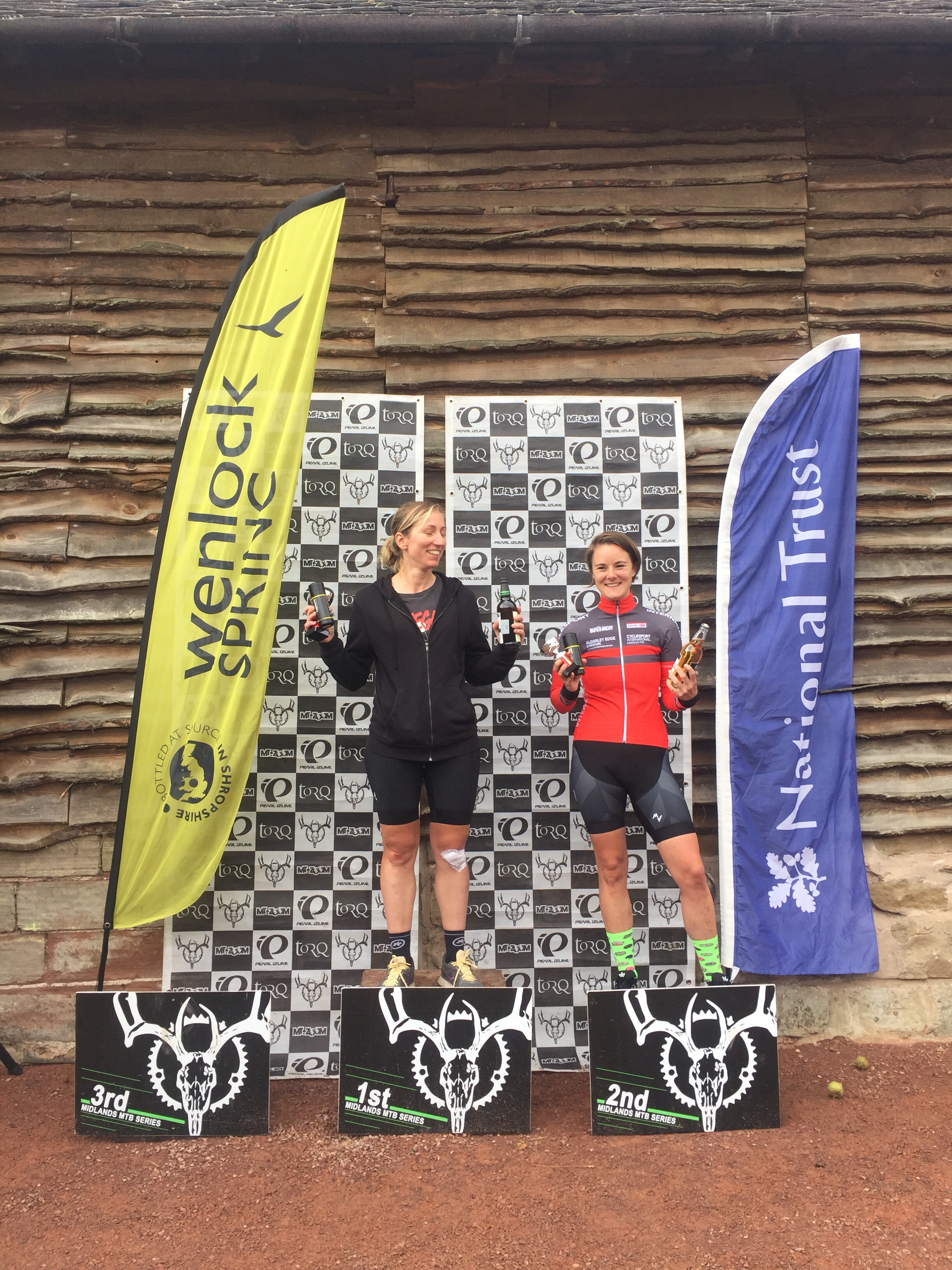